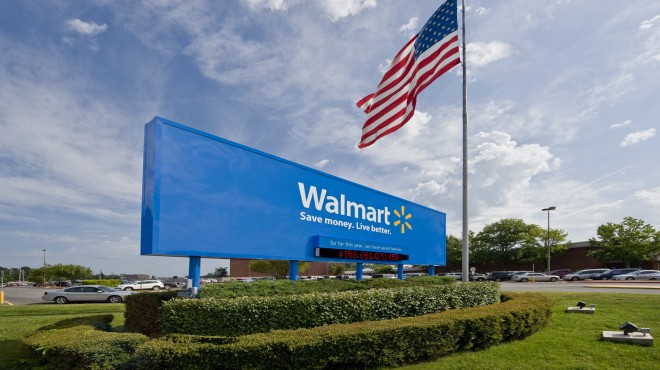 “Walmart profited from rapid international expansion, but in doing so chose not to take necessary steps to avoid corruption,” said Assistant Attorney General Benczkowski.  “In numerous instances, senior Walmart employees knew of failures of its anti-corruption-related internal controls involving foreign subsidiaries, and yet Walmart failed for years to implement sufficient controls comporting with U.S. criminal laws.  As today’s resolution shows, even the largest of U.S. companies operating abroad are bound by U.S. laws, and the Department of Justice will continue to aggressively investigate and prosecute foreign corruption.”

“Walmart violated the Foreign Corrupt Practices Act because it failed to implement the internal controls necessary to ferret out corrupt conduct,” said U.S. Attorney Terwilliger.  “For more than a decade, Walmart experienced exponential international growth but failed to create safeguards to protect against corruption risks in various countries.  This resolution is the result of several years of steadfast work by the prosecutors and our law enforcement partners at the FBI and IRS-CI.”

“The FBI will hold corporations responsible when they turn a blind eye to corruption,” said FBI Assistant Director Johnson. “If there is evidence of violations of FCPA, we will investigate. No corporation, no matter how large, is above the law.”

“Walmart’s guilty plea is another step in IRS-CI’s ongoing effort to pursue corporations that engage in corruption that prevents fair competition around the world,” said IRS-CI Special Agent in Charge Jackson.  “Through our efforts, we delved through layers of transactions and uncovered the bribery of foreign officials.  Today’s announcement is a statement that no company, even one as large as Walmart, is above the law.”

The internal controls failures allowed Walmart foreign subsidiaries in Mexico, India, Brazil and China to hire TPIs without establishing sufficient controls to prevent those TPIs from making improper payments to government officials in order to obtain store permits and licenses.  In a number of instances, insufficiencies in Walmart’s anti-corruption-related internal accounting controls in these foreign subsidiaries were reported to senior Walmart employees and executives.  The internal control failures allowed the foreign subsidiaries in Mexico, India, Brazil and China to open stores faster than they would have with sufficient internal accounting controls related to anti-corruption. Consequently, Walmart earned additional profits through these subsidiaries by opening some of its stores faster.

In Mexico, a former attorney for Walmart’s local subsidiary reported to Walmart in 2005 that he had overseen a scheme for several years prior in which TPIs made improper payments to government officials to obtain permits and licenses for the subsidiary and that several executives at the subsidiary knew of and approved of the scheme.  Most of the TPI invoices included a code specifying why the subsidiary had made the improper payment, including: (1) avoiding a requirement; (2) influence, control or knowledge of privileged information known by the government official; and (3) payments to eliminate fines.

In India, because of Walmart’s failure to implement sufficient internal accounting controls related to anti-corruption, from 2009 until 2011, Walmart’s operations there were able to retain TPIs that made improper payments to government officials in order to obtain store operating permits and licenses.  These improper payments were then falsely recorded in Walmart’s joint venture’s books and records with vague descriptions like “misc fees,” “miscellaneous,” “professional fees,” “incidental” and “government fee.”

Walmart entered into a three-year non-prosecution agreement and agreed to retain an independent corporate compliance monitor for two years.  The $137 million penalty reflects a 20 percent reduction off the bottom of the applicable U.S. Sentencing Guidelines fine range for the portion of the penalty applicable to conduct in Mexico and 25 percent for the portion applicable to the conduct in Brazil, China and India.  Walmart fully cooperated with the investigation in Brazil, China and India.  Walmart cooperated with the investigation in Mexico, but did not timely provide documents and information to the government and did not de-conflict with the government’s request to interview one witness before Walmart interviewed that witness.  Walmart did not voluntarily disclose the conduct in Mexico and only disclosed the conduct in Brazil, China and India after the government had already begun investigating the Mexico conduct.  The $137 million penalty includes forfeiture of $3.6 million and a fine of $724,898 from WMT Brasilia.

In a related resolution with the U.S. Securities and Exchange Commission (SEC), Walmart agreed to disgorge $144 million in profits.

The FBI’s International Corruption Squad in Washington, D.C. and IRS-CI are investigating the case.  Assistant Chiefs Tarek Helou and Lorinda Laryea and Trial Attorney Katherine Raut of the Criminal Division’s Fraud Section and Assistant U.S. Attorney Jamar Walker of the Eastern District of Virginia are prosecuting the case.

The Criminal Division’s Office of International Affairs has provided significant assistance by obtaining key evidence in this case, as have public authorities in, among other countries, Mexico and India.