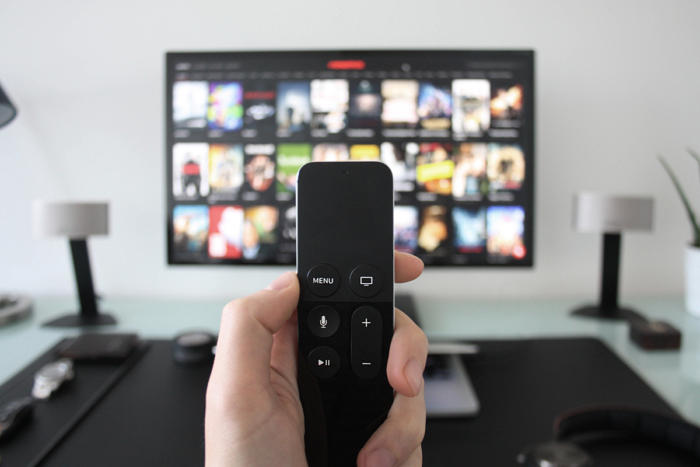 The Department of Justice announced today that it has reached settlements with CBS Corporation (CBS), Cox Enterprises Inc. (Cox), The E.W. Scripps Company (Scripps), Fox Corporation (Fox), and TEGNA Inc. (TEGNA) to resolve a Department lawsuit brought as part of its ongoing investigation into exchanges of competitively sensitive information in the broadcast television industry.

All five companies are alleged to have engaged in unlawful information sharing among their owned broadcast television stations.  Cox also owns Cox Reps, one of two large “Rep Firms” in the industry that assist broadcast stations in sales to national advertisers. The Rep Firms are alleged to have participated in the unlawful information sharing conduct.

“The Antitrust Division’s efforts to protect competition in the television broadcast industry continue with today’s settlements that will stop the unlawful exchange of competitively sensitive information among rival broadcasters and their sales rep firms,” said Assistant Attorney General Makan Delrahim of the Department of Justice’s Antitrust Division. “Vigorous competition among broadcast stations allows American businesses across the country to obtain competitive advertising rates. The unlawful sharing of information reduced that competition and thereby harmed businesses that rely on competitive rates to best serve their customers.”

According to the amended complaint, CBS, Cox, Scripps, Fox, and TEGNA agreed with other entities in many metropolitan areas across the United States to exchange revenue pacing information, and also engaged in the exchange of other forms of non-public sales information in certain metropolitan areas. The complaint further alleges that Cox Reps also facilitated and participated in this exchange of pacing information by its broadcast-station clients that operated in the same metropolitan areas. Pacing compares a broadcast station’s revenues booked for a certain time period to the revenues booked in the same point in the previous year. Pacing indicates how each station is performing versus the rest of the market and provides insight into each station’s remaining spot advertising for the period.

By exchanging pacing information, the five new defendants and other broadcasters were better able to anticipate whether their competitors were likely to raise, maintain, or lower spot advertising prices, which in turn helped inform their stations’ own pricing strategies and negotiations with advertisers. As a result, the information exchanges harmed the competitive price-setting process in markets for the sale of spot advertisements.

The Department recognizes and commends each of these new defendants for their cooperation with the Antitrust Division in bringing these issues to settlement.  In particular, Fox assisted in the expeditious resolution of the Division’s investigation, even though Fox’s relevant conduct of which the Division is currently aware appears to have occurred before Fox’s spin-off from the recently merged Walt Disney Company and 21st Century Fox.

The proposed settlements with CBS, Cox, Scripps, Fox, and TEGNA prohibit the direct or indirect sharing of such competitively sensitive information. Additionally, the Department’s proposed settlement with Cox requires that Cox Reps implements firewalls in markets where it represents more than one broadcast station. The Department has determined that these provisions would resolve the antitrust concerns raised as a result of the defendants’ alleged conduct. The proposed settlements further require these five defendants to adopt rigorous antitrust compliance and reporting measures to prevent similar anticompetitive conduct in the future. The settlements have a seven-year term, and they will continue to apply to stations currently owned by CBS, Cox, Scripps, Fox, and TEGNA even if those stations are acquired by another company. Finally, the settlements require that the five defendants cooperate in the Department’s ongoing investigation.

CBS is a Delaware corporation with headquarters in New York, New York. It owns or operates 28 television stations across 18 markets and had revenues in excess of $14.5 billion in 2018.

Cox is a Delaware corporation with headquarters in Atlanta, Georgia. It owns or operates 14 television stations across 10 markets, owns Cox Reps, and had an estimated $20 billion in revenues in 2018.

Scripps is an Ohio corporation with headquarters in Cincinnati, Ohio. It owns or operates 60 television stations across 42 markets, and had over $917 million in revenues in 2018.

Fox is a Delaware corporation with headquarters in New York, New York. Fox owns or operates 17 television stations across 17 markets. Fox is a corporate entity that was formed after The Walt Disney Company acquired 21st Century Fox and spun-out certain former 21st Century Fox assets, including its broadcast station assets. The television segment of 21st Century Fox had over $5 billion in revenues in 2017.

TEGNA is a Delaware corporation with headquarters in McLean, Virginia.  It owns or operates 49 television stations in 41 markets, and had $2.2 billion in revenues in 2018.

As required by the Tunney Act, the proposed settlements, along with the Department’s competitive impact statement, will be published in the Federal Register. Any person may submit written comments concerning the proposed settlements within 60 days of their publication to Owen Kendler, Chief, Media, Entertainment, and Professional Services Section, Antitrust Division, U.S. Department of Justice, 450 Fifth Street, N.W., Suite 4000, Washington, D.C. 20530. At the conclusion of the 60-day comment period, the court may enter the final judgments upon a finding that they serve the public interest.