Over the past three years, the Port of Savannah has grown its rail volume by 35.4 percent, completing more than 507,000 intermodal lifts in the fiscal year that ended in June. 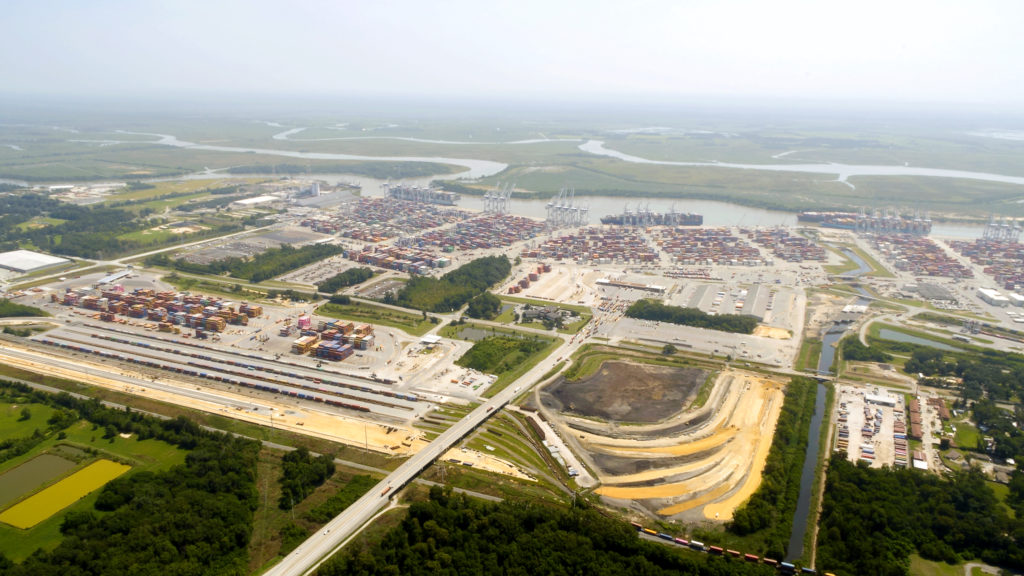 Intermodal cargo continues its powerful rise at the Georgia Ports Authority, achieving 10.5 percent growth in July. Over the past three years, the Port of Savannah has grown its rail volume by 35.4 percent, completing more than 507,000 intermodal lifts in the fiscal year that ended in June.

“We’re moving containers from ship to outgoing rail in less than 24 hours at the Port of Savannah,” said GPA Executive Director Griff Lynch. “That world-class service is why we’re capturing more business to inland destinations, and converting more cargo from truck to rail.”

The Port of Savannah handled 47,255 rail lifts last month, an increase of 4,511 containers compared to 2018, which held the previous record for July.

The growth comes as the first sections of new rail track have become operational on the Mason Mega Rail terminal, now 40 percent complete. Phase 1 of the $218 million project will open by year’s end. When Phase II opens in 2020, the project will have doubled the Port of Savannah’s rail lift capacity to 1 million containers per year.

“Savannah will have the largest on-dock intermodal rail facility of any port in North America,” said GPA Board Chairman Will McKnight. “With an enhanced capability for 10,000-foot long trains on terminal, Mega Rail will slash up to 24 hours from our delivery times by enabling direct service to destinations across the Midwest.”

Additionally, the Mega Rail Terminal will improve vehicle traffic flow in neighboring communities by moving all rail switching on terminal.

Savannah’s intermodal success helped drive the port to its busiest July ever for overall container trade, with 387,024 twenty-foot equivalent container units, an increase of 8,257 TEUs or 2.2 percent compared to the same month last year.

“Part of our cargo growth is certainly related to the strong state and national economies, but GPA is also growing its profile among U.S. East Coast ports,” Lynch said. “This success is possible only through the effort and dedication of our GPA employees, the International Longshoremen’s Association, stevedores, river pilots, the shipping lines and our partners in trucking and rail.”

Lynch and McKnight also credited the container port’s success to GPA’s continual investment in increasing cargo capacity. The Authority commissioned four new Neo-Panamax ship-to-shore cranes in 2018, bringing its Garden City fleet to 30 – the most of any single terminal in North America. Another six cranes will arrive next year, allowing GPA to move up to 1,200 containers per hour across a single dock.

“Constant infrastructure improvement, along with the dedication of our employees and maritime logistics community, is what enables Georgia’s ports to move more cargo than ever, faster than we’ve ever done it before,” McKnight said.