The company will also pay a $5 million criminal fine. 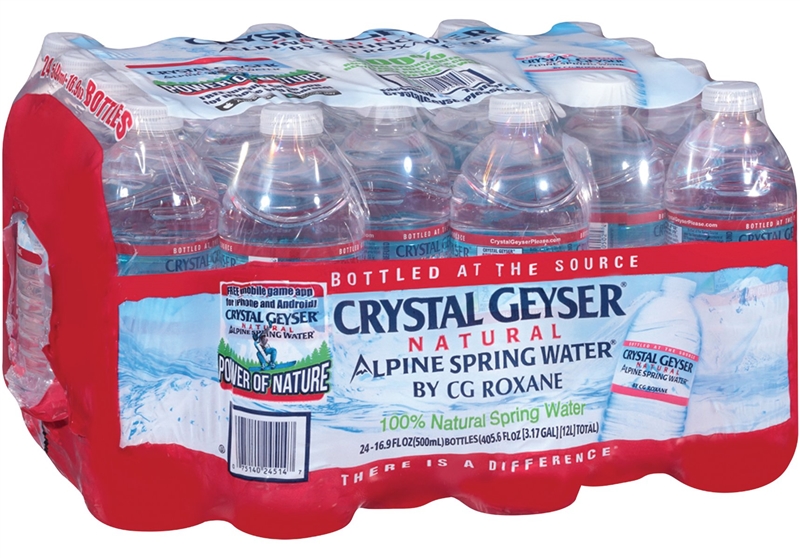 The company that produces “Crystal Geyser Natural Alpine Spring Water” pleaded guilty this morning to federal charges of illegally storing and transporting hazardous waste created from filtering arsenic out of spring water at its facility in Olancha, California.

According to court documents, CG Roxane obtained water by drawing groundwater from the eastern slope of the Sierra Nevada mountains that contained naturally occurring arsenic. The company used sand filters to reduce the concentration of arsenic so the water would meet federal drinking water standards. To maintain the effectiveness of the sand filters, CG Roxane back-flushed the filters with a sodium hydroxide solution, which generated thousands of gallons of arsenic-contaminated wastewater.

For approximately 15 years, CG Roxane discharged the arsenic-contaminated wastewater into a manmade pond – known as “the Arsenic Pond” – at its Olancha facility along Highway 395.

DTSC officials met with CG Roxane representatives in April 2015, presented a list of preliminary violations, and instructed the company to arrange for the removal of the Arsenic Pond.

In May 2015, CG Roxane hired two Los Angeles-area entities to remove the hazardous waste and transport it – which was done without the proper manifest and without identifying the wastewater as a hazardous material, according to court documents. The arsenic-contaminated wastewater was ultimately transported to a Southern California facility that was not authorized to receive or treat hazardous waste. As a result, more than 23,000 gallons of the wastewater from the Arsenic Pond allegedly was discharged into a sewer without appropriate treatment.

The two companies hired to transport and treat the wastewater – United Pumping Services, Inc. and United Storm Water, Inc., both located in the City of Industry – were charged along with CG Roxane in this case in 2018. Both of those companies are scheduled to go on trial on April 21. If convicted, each company would face a statutory maximum fine of $8 million.

An indictment contains allegations that a defendant has committed a crime. Every defendant is presumed innocent until and unless proven guilty beyond a reasonable doubt.

The investigation in this case focused on alleged violations involving the handling, storage and transportation of CG Roxane’s wastewater, not the safety or quality of CG Roxane’s bottled water.

The United States Attorney’s Office for the Eastern District of California also assisted in the investigation.