A review of Georgia law suggests that the Evans County Board of Commissioners may be improperly altering the speed limits on county roads. 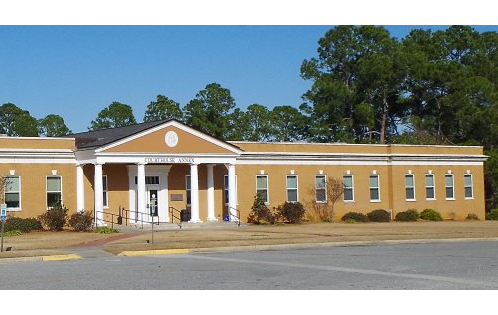 A review of Georgia law suggests that the Evans County Board of Commissioners may be improperly altering the speed limits on county roads.

The most recent issue example stems from an agenda item from the July commission meeting in which a citizen requested the speed limited be lowered on the road where her residence is located.

Resident Heather Sapp said Carters Bridge Road has become a road which has driving’s, including Claxton Poultry and Claxton Oil trucks, running “75 and 80 mph.” She said some times the vehicles are driving so quickly that she can’t even if stuff the vehicle type.

Commissioner Wesley Jenkins said there are presently no signs on the road, which means it’s set at 55 mph, but he would like to sign it for 45 mph because of the reports of high rates of speed.

Jenkins asked the county attorney, Jay Swindell, what the procedure would be to alter the speed limit from 55mph to 45 mph. Swindell said they would just need to approve a resolution to do so. Without any further discussion or consultation, commissioners unanimously approved the reduction and directed the Attorney to draft the resolution.

But OCGA 40-6-183 suggests that such action is not sufficient for amending speed limits. While local governing authorities are well within their purview to amend the speed limits on county roads roads, the code section says that the determination must be made “on the basis of an engineers and traffic investigation.”

From the code section’s subsection (a):

“Whenever the governing authority of an incorporated municipality or county, in its respective jurisdiction, determines on the basis of an engineering and traffic investigation that the maximum vehicle speed permitted under this chapter is greater than is reasonable and safe under the conditions found to exist upon a highway or part of a highway under its jurisdiction, such authority may determine and declare a reasonable and safe maximum vehicle speed limit…”

Given that the item was approved on the same night it was presented, it does not appear the Evans Board of Commissioners conducted the necessary investigations ahead of their direction of the attorney to draft a resolution for a lower speed limit.

Commissioner Brian Croft said he didn’t believe the reduction would help with the speeders, noting that increased patrol from the Sheriff’s Office would likely be the only fix.

You can read the full code section here.