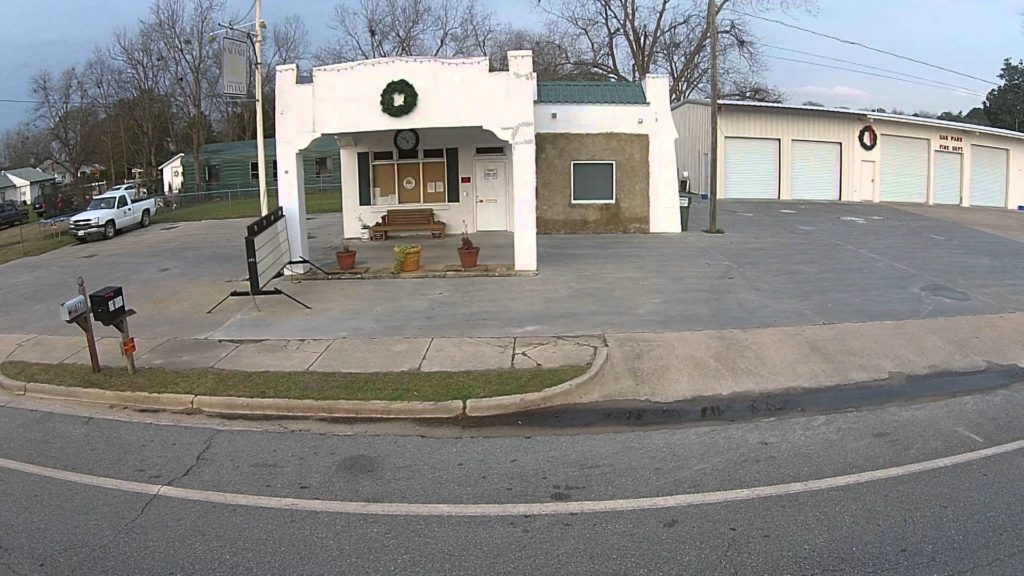 “It was a major oversight. I take full responsibility.”

While sifting through documents for an Open Records Request for AllOnGeorgia, it came to the attention of the city officials in Oak Park that the city was delinquent in federal payroll taxes and withholdings for the seven quarters dating back to 2016.

City Clerk Monica Slater told AllOnGeorgia Thursday that it was “a major oversight and I take full responsibility.” In an interview at City Hall, Slater said it was something that ‘slipped through the cracks’ and was not intentional. “I have nothing to gain personally from not filing these returns,” she said while providing the supporting documents to AllOnGeorgia.

Slater says that when she began working for the City of Oak Park in January 2016, an accountant was filing the paperwork for payroll taxes. The paperwork would be prepared and Slater was notified of how much should be transferred to the payroll account to cover the costs owed to the respective agencies. Not long after her tenure with the city began, the accountant stopped preparing the paperwork due to the fact that it was done more as a favor and not because Oak Park was compensating the CPA for the work.

In April 2017, Slater says she received notifications for filing requirements from both the Georgia Department of Revenue and the Georgia Department of Labor. The paperwork was filed and the accounts were paid in-full and have been quarterly since that time. She says she was unaware that any federal taxes were owed and there was no documentation at city hall that indicated it was something that should be paid regularly.

Slater also said that no notices were sent by the IRS because paperwork was not filed and payments were not made. Had the paperwork been filed, she says, the IRS would have sent a notice for non-payment.

How did this come to light?

AllOnGeorgia recently requested the payroll information, along with employee time sheets, from the City of Oak Park. It was during the attempt to fulfill the request that a folder labeled ‘941 Forms – 2015’ was discovered. It prompted a call to the IRS, which led to the information on the outstanding documents.

Before contacting AllOnGeorgia, Slater contacted each council member and the mayor to explain what happened. “As soon as I discovered this, I contacted the IRS and then contacted the mayor and the council to fix it. It’s been my priority for the last three days.”

What about payroll taxes in Georgia?

How much is owed?

Slater says the city attorney advised city officials with information on the matter to avoid speaking about ‘amounts due’ and ‘penalties owed’ until the City has a better understanding from the IRS about what is actually out of compliance. “I have been advised not to give an actual number until we are notified by the IRS, she said.” Slater also said the IRS is ‘reviewing’ which quarters were actually unpaid and not filed, but that the City of Oak Park sent paperwork this week to bring all the filings into compliance. The IRS says processing could take 4-6 weeks due to tax season, but the hope is that an accountant can assist with speeding up the processes and help the matter be resolved as quickly as possible.

After filling out the paperwork by hand for 2016 and 2017, Slater has a general ballpark of how much is owed to the IRS, but that number could increase or decrease based on IRS calculations. She says the City has the money to cover the amounts due, regardless.

In talking with AllOnGeorgia, Slater said it came to her attention after speaking with the mayor and council Wednesday that one council member was aware the city was delinquent in IRS payments but did not say anything. Slater recounts meetings where it was asked whether or not “the payroll taxes” were being paid, but without knowing the federal taxes were owed, Slater said she thought she was correct with the Georgia Department of Revenue and the Georgia Department of Labor both up-to-date. Slater claims council members received bank statements from March 2017 to February 2018, but did not bring it to the attention of the Clerk that something specific was not being paid.

All city employees and council members are bonded with the city to protect from financial losses, but most insurance companies require proof that a crime has been committed before they will pay out on the claim. It could be difficult to prove the council member knew the IRS filings were delinquent, as it would be equally hard to prove the failure to file the IRS payments quarterly was intentional. If penalties are assessed, the city may be on the hook to pay them, but an IRS agent told city officials that the city could make payments in installments when the amount owed is determined.

Attorney George Rountree of Brown Rountree in Statesboro is assisting the City of Oak Park in the matter. Rountree is working at the direction of City Attorney Jerry Cadle who is stepping away from representing cities in his practice, but has helped contract Rountree for Oak Park. Certified Public Accountant Tal Johnson, also of Statesboro, will be working the City of Oak Park to settle the matter with the IRS. Cadle assisted Twin City with a similar matter, which is why he made the recommendations to Oak Park on who can be used. The CPA is expected to begin assisting in the next week.

Slater says she has, in the past, asked the Council for an accountant to prepare information for taxes and payroll, in addition to gathering data for the audit, and even for monthly financial reports. Whether or not that is something that becomes a reality will be up to the City Council. “I am not an accountant and I’m learning as I go through this, but what happened was not intentional,” Slater said.

The City of Oak Park has a special-called meeting set for Monday, April 23 at 7:00 P.M., but this matter is not set for discussion on the agenda.