Wrestling Team and Lincoln Maddux Are State Runners Up

Wrestling Team and Lincoln Maddux Are State Runners Up 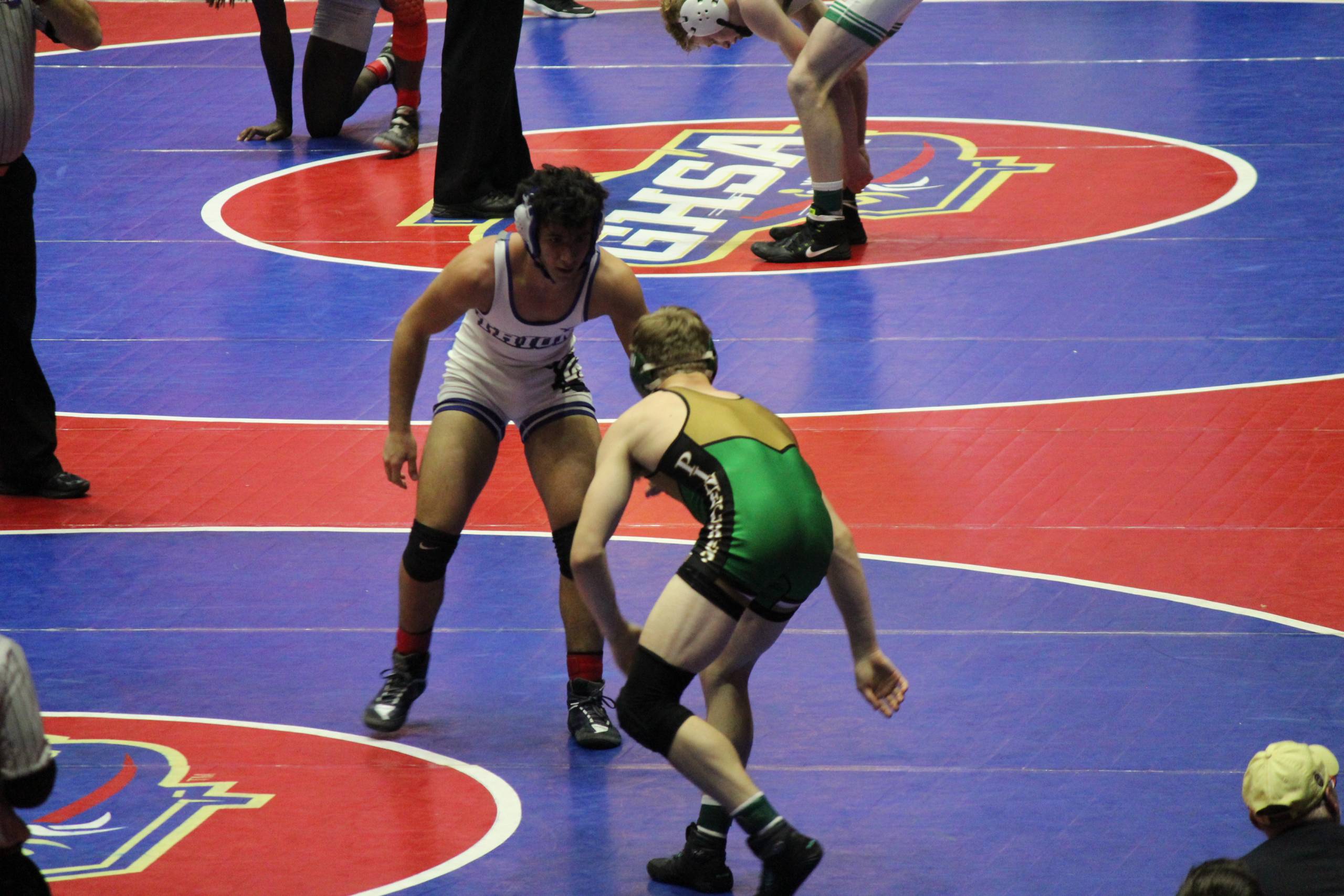 The following article is published with permission of the Bulldog Barker

The Trion varsity wrestling 2020 season officially came to an end this weekend with the
Traditional State Tournament in Macon. As a team, Trion was a half point from being the state champions but finished runners up. Lincoln Maddux was also 2nd in State in his 152 weight class. Trion took 13 wrestlers, and 10 of them placed.

These wrestlers began a tough schedule on Thursday, when the top 16 wrestlers in
each weight class in the entire state began wrestling for a chance to advance. Lincoln Maddux, Clay Baker, Logan Eller, and Brantley Willbanks all won on Thursday and advanced to the semifinals. Other wrestlers were forced to battle their way back.
Round two began early on Friday. Daegan Vaughn, Andrew Jones, Bryce James, and
Bladyn Bowman defeated their opponents with a pin in this round. Versain Vasquez won 10-3 and Bowdon Brock won 17-2. Bo Jones won this round with a forfeit.
In the semifinals, Lincoln Maddux won his match to advance to the finals on Saturday.
In the consolation quarter finals on Friday afternoon, Daegan Vaughn (113) defeated his
opponent 9-0. Andrew Jones (120) also defeated his opponent. Brice Jones (126) also won.
Versain Vasquez (132) won his match 7-3. Bowden Brock (138) defeated his opponent 11-10. 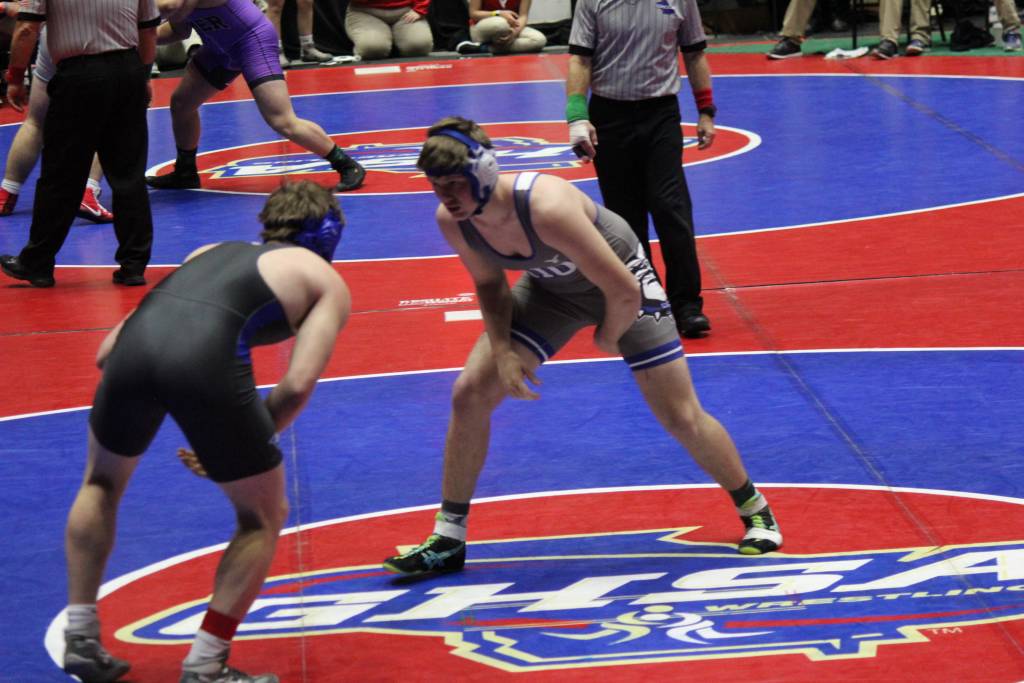 Blayden Bowman (170) pinned his opponent. Bo Jones (182) also pinned his opponent.
The next round was the consolation semifinals to determine if wrestlers would wrestle for
3rd or for 5th place in state. Vaughn, James, Eller, Willbanks, and Baker won their matches.
On Saturday, the wrestlers wrestled their final matches for their state finish. Three THS
wrestlers placed third in state. Daegan Vaughn, Logan Eller, and Clay Baker. Bryce James and Brantley Willbanks placed 4th in State. Blaydn Bowman, Andrew Jones, Bowden Brock, and Bo Jones placed 5th in State. Versain Vasquez placed 6th in their weight classes.
Lincoln Maddux was the only Trion wrestler to wrestle in the finals on Saturday
afternoon. Though he had a great match, he lost a close battle to be state runner up. 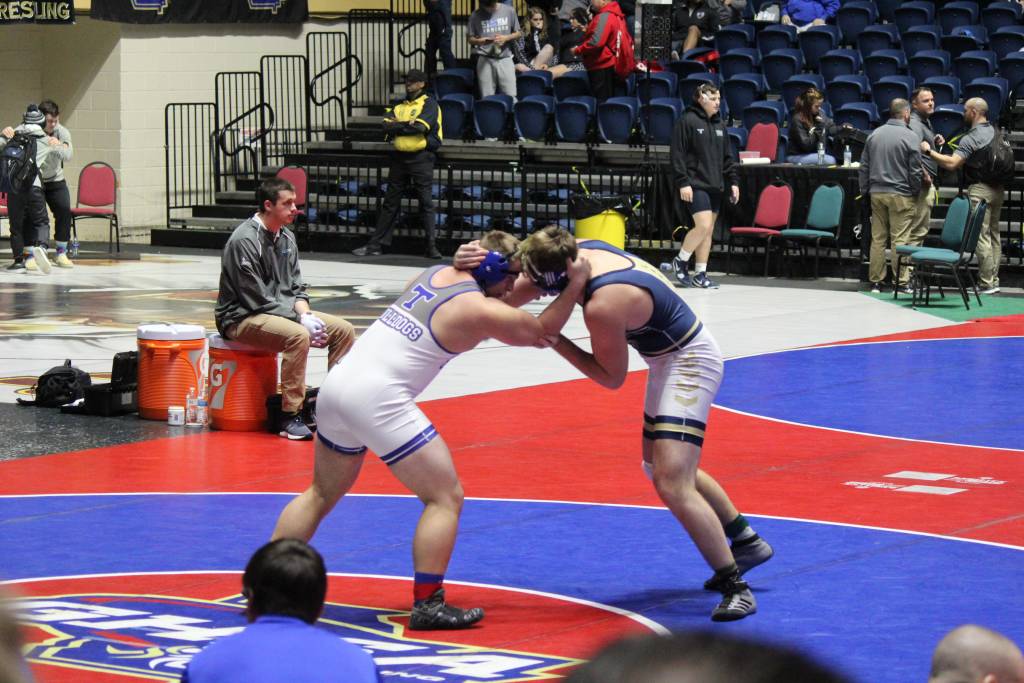 It was a bittersweet end to an amazing wrestling season for these wrestlers, Coach Eric
Brock, his assistants, and the many family members who have cheered at so many exciting
matches.