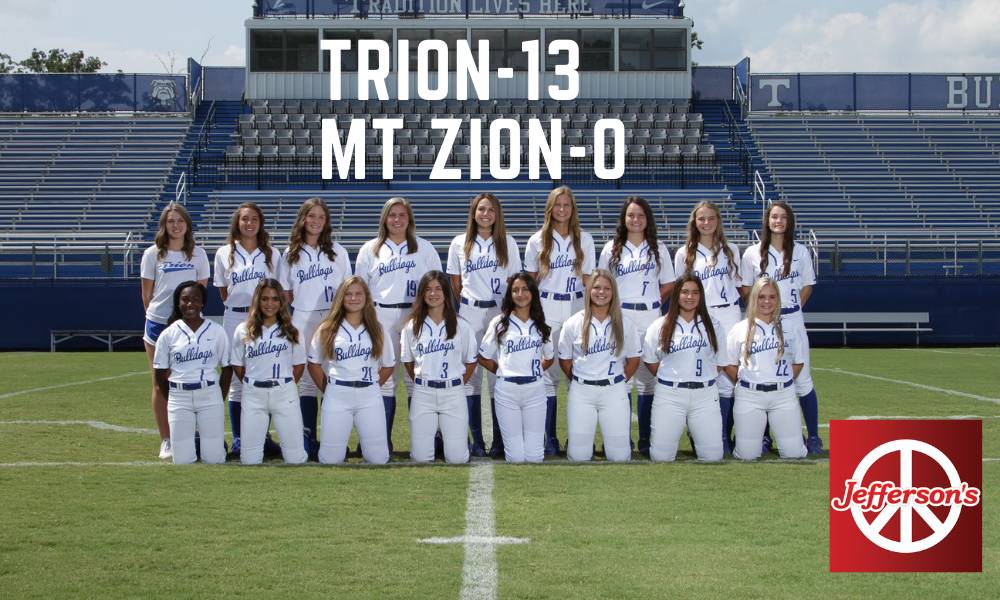 Trion Bulldogs defeated Mt. Zion 13-0 on Tuesday as two pitchers combined to throw a shutout. Anna Brown induced a groundout from Olivia Bradford to finish off the game.

Aubrey Burke got the win for the Bulldogs. The righthander lasted three innings, allowing one hit and zero runs while striking out seven and walking one. Brown threw one inning in relief out of the bullpen.