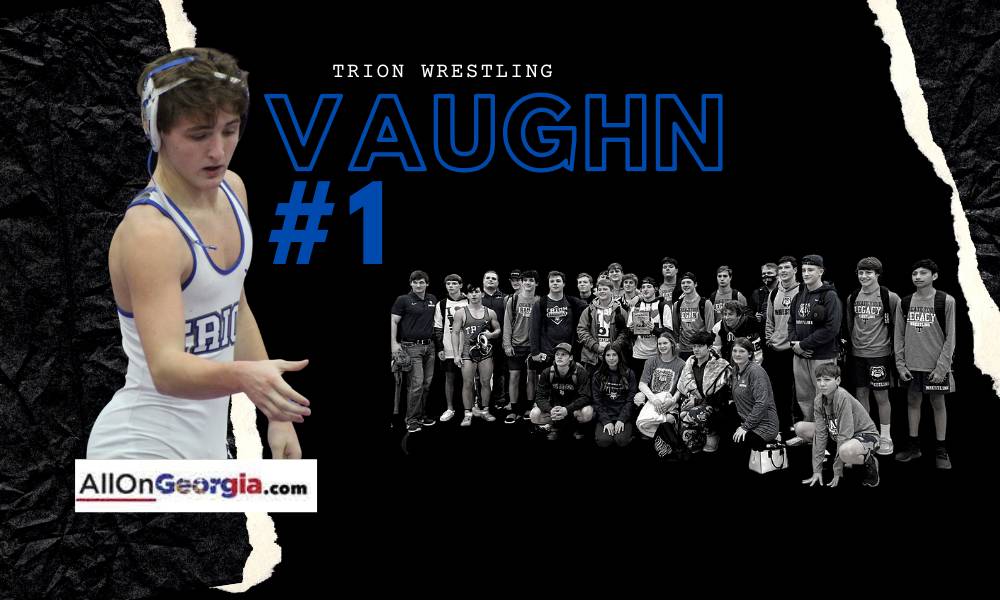 The Georgia Grappler recently released team and individual rankings. At the 113 1A ranking, Trion Bulldog, Daegan Vaughn is ranked #1 in the State.

Vaughn told AllOnGeorgia, “being ranked #1 is an honor.” But, he was quick to add the ranking will mean more to him when he stands atop the podium. “I feel like I’m ranked #1, and now I have to prove that I am #1.” The junior has been wrestling for 11 years, “to be ranked shows all the hard work I have put in over the years.”

Trion Head Wrestling, Coach Eric Brock said he could not say enough good things about Daegan Vaughn. “When I think of Daegan and what he has done for our program it is astonishing. If you think of the perfect teammate and program guy, that’s Daegan. He is a hard worker and takes care of business.”