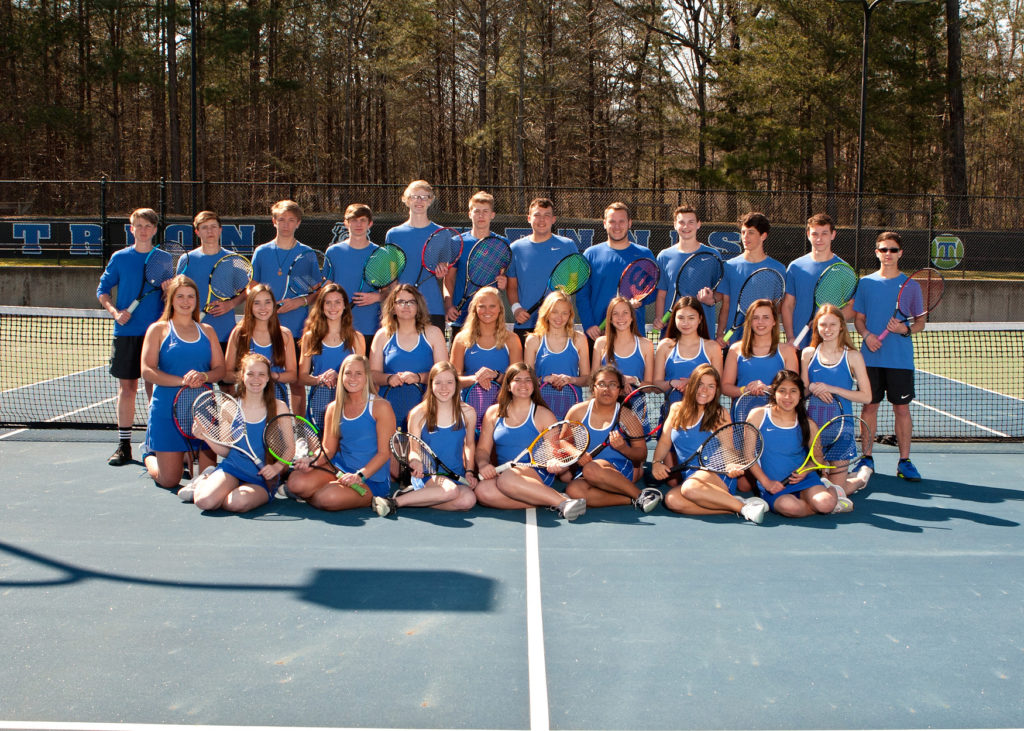 After a state victory, Trion’s girl’s team is working very hard to rebuild this year. Currently the girls record is 3-9. “We are still moving girl’s around trying to find the best positions to capture three wins.  We work hard at practice, but these girls have to commit to working out of season to be competitive,” says Coach Connie Payne.  “We still have a month until Area, so we are going to keep digging.”  Returning state champs Shelby Carlock and Sophie Harward are trying to carry first seed in singles and first seed in doubles, and so far, both are still bringing it to the courts full force.

The boy’s tennis team has a 10-2 record to date.  Second seed Gene Dong pulled his shoulder out of socket and is out for the season, which was detrimental to the team.  First seed Chantry Bridges is bringing the heat, as he has been playing in some outside tournaments out of season and third seed Cooper Malone, who is new to the team, is undefeated.
The highlight of the season would  be the Trion tennis team attending the Georgia Open Wheelchair tournament at Rome Tennis Center. The team was fortunate enough to listen to inspirational speaker Rick Lashley from Oklahoma who competes nationally in the Quad division.  He holds three gold medals.  Coach Howard Hughes says, ” It is truly an inspiration and great opportunity for our players to see what victory in the face of real adversity is all about.”  There were over 37 countries there with many gold medalists with very challenging matches.