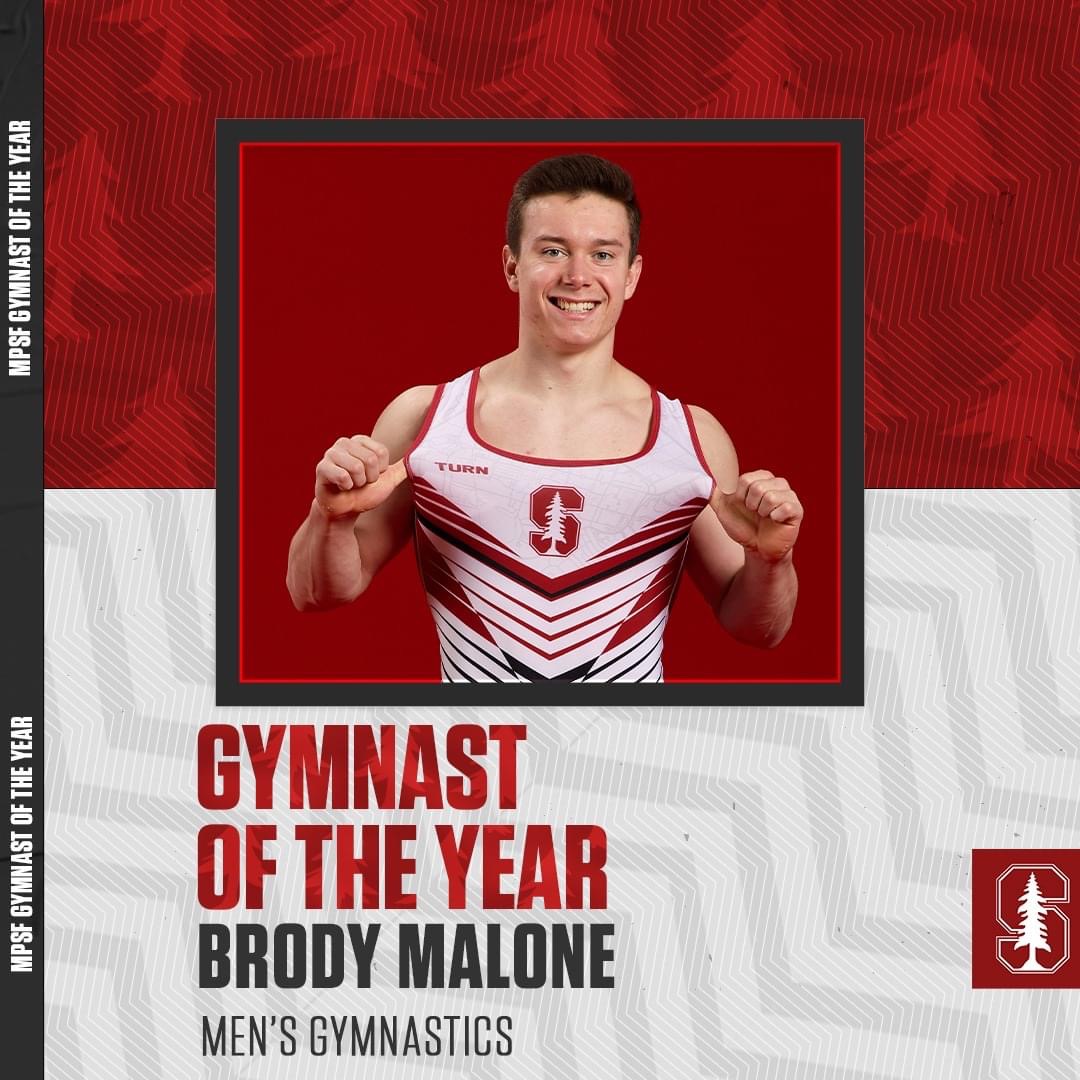 With Malone capturing the honor in his first three seasons on The Farm, Stanford has now earned 10 MPSF Gymnast of the Year selections in the last 18 years. Joining Malone on the list are Modi, Tim Gentry (2011), Sho Nakamori (2009) and Dan Gill (2004).

Malone, a U.S. Senior National Team member, has won 12 of the 15 events he’s entered after competing in the last four meets for the Cardinal this year. The native of Summerville, Ga. has captured three event titles on pommel horse, three on parallel bars, two on rings, two on high bar, one on floor, and the only all-around he competed. Malone has finished top three in 13 of the 15 events entered, and he has claimed a pair of MPSF Gymnast of the Week honors – running his career total to seven.

Malone owns the highest parallel bars score in the nation (15.100), and is the only gymnast this year to go 15-plus on an event. Ranked first nationally on parallel bars, fourth on pommel horse and ninth on still rings, he owns the second-highest high bar score (14.450), fourth-highest pommel horse score (14.500), and second-best all-around score (86.500) this year. 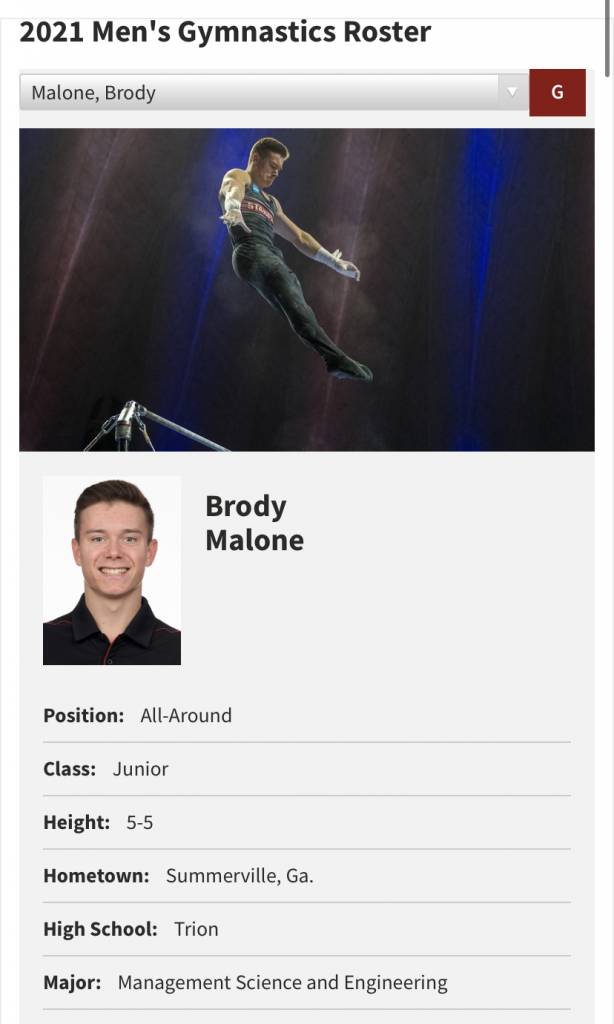