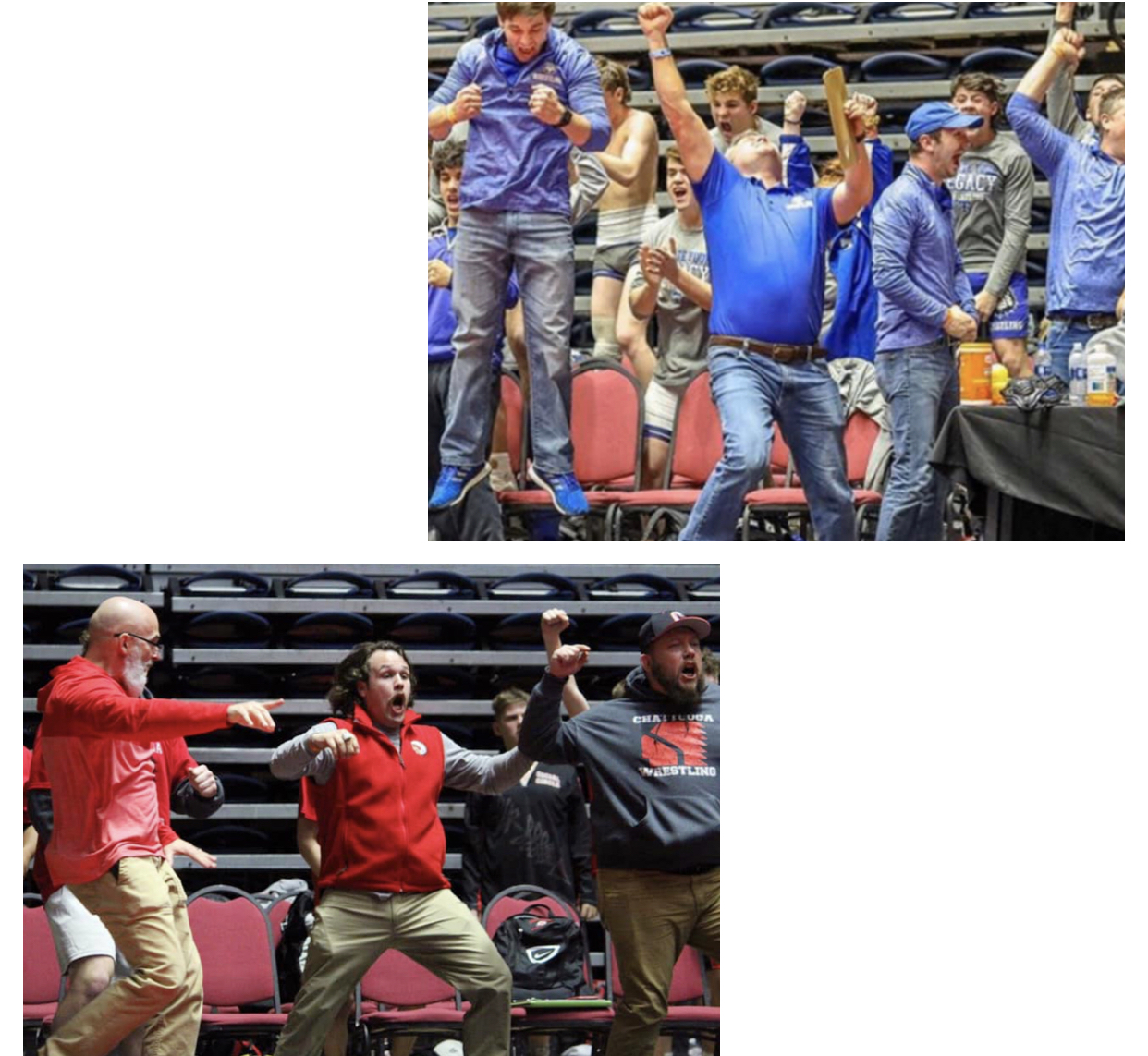 Following the monumental success in Chattooga County at the State Duals Championship, during which BOTH local high schools were crowned State Duals Champions, the wrestling programs quickly turn their sights toward the next goal; the GHSA Traditional State Championships. The next three weeks will see Trion and Chattooga grapplers battle their way to the top of the GHSA brackets in the 1A and 2A classifications.

With two state champion programs, local residents unfamiliar with the sport have been asking a lot of questions about how the next three weeks will progress and what will be required of each wrestler to earn an opportunity to compete in Macon on Feb 13-15 for a State Championship.

Wrestling begins at 9AM. Trion will host their 4A AREA CHAMPIONSHIP on Saturday February 1st at the Bulldog Gym in Trion while Chattooga will be hosting the 5AA AREA CHAMPIONSHIP in Summerville at Tribe Pride Arena. Both programs will be looking to place as many wrestlers as possible into the Top 4. Area Assignments are shown below. With SIX Areas, only the TOP FOUR wrestlers from each weight class will advance to Sectionals. This Tournament will feature 8-man brackets with some weight classes not fielding full brackets. 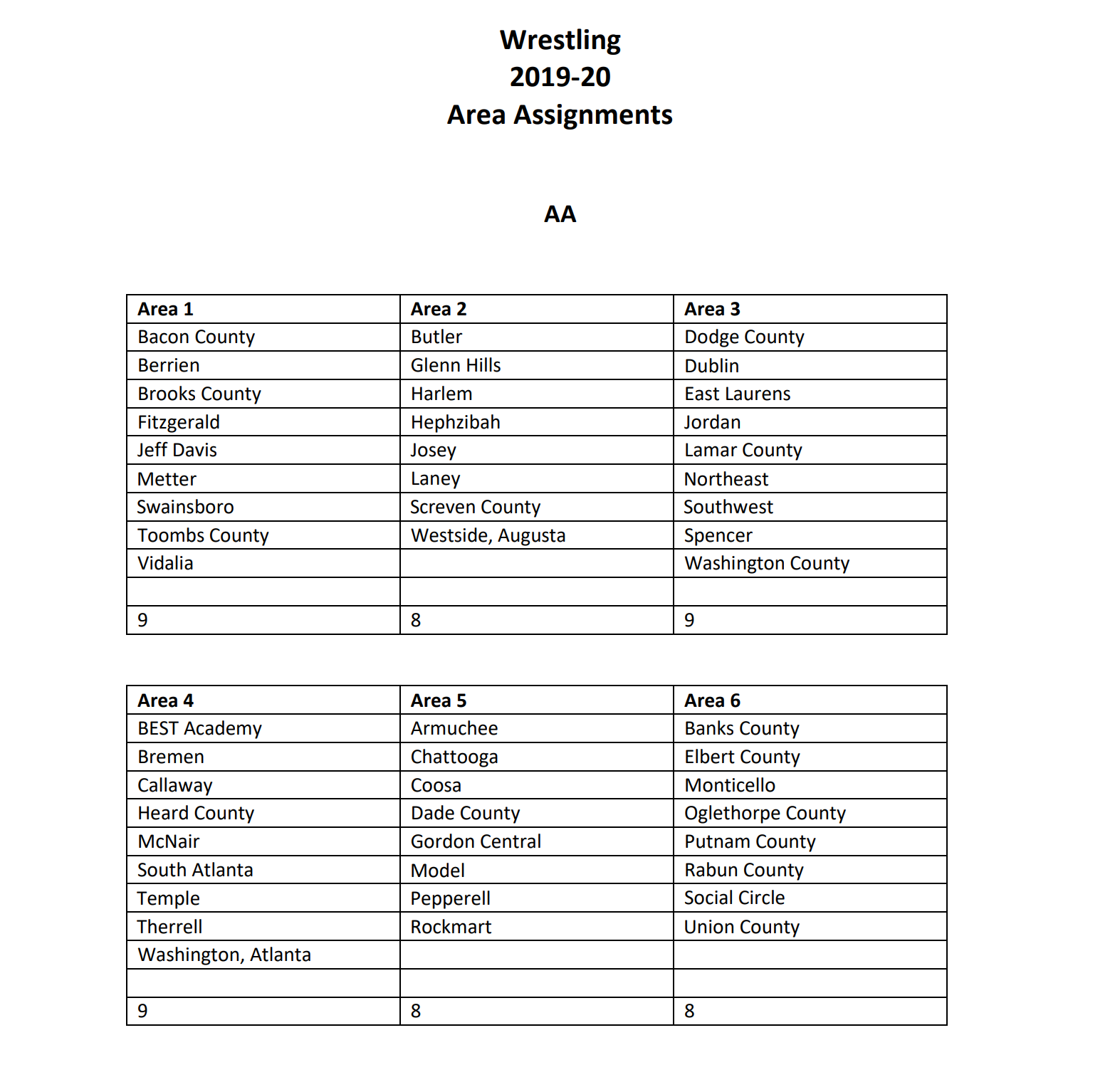 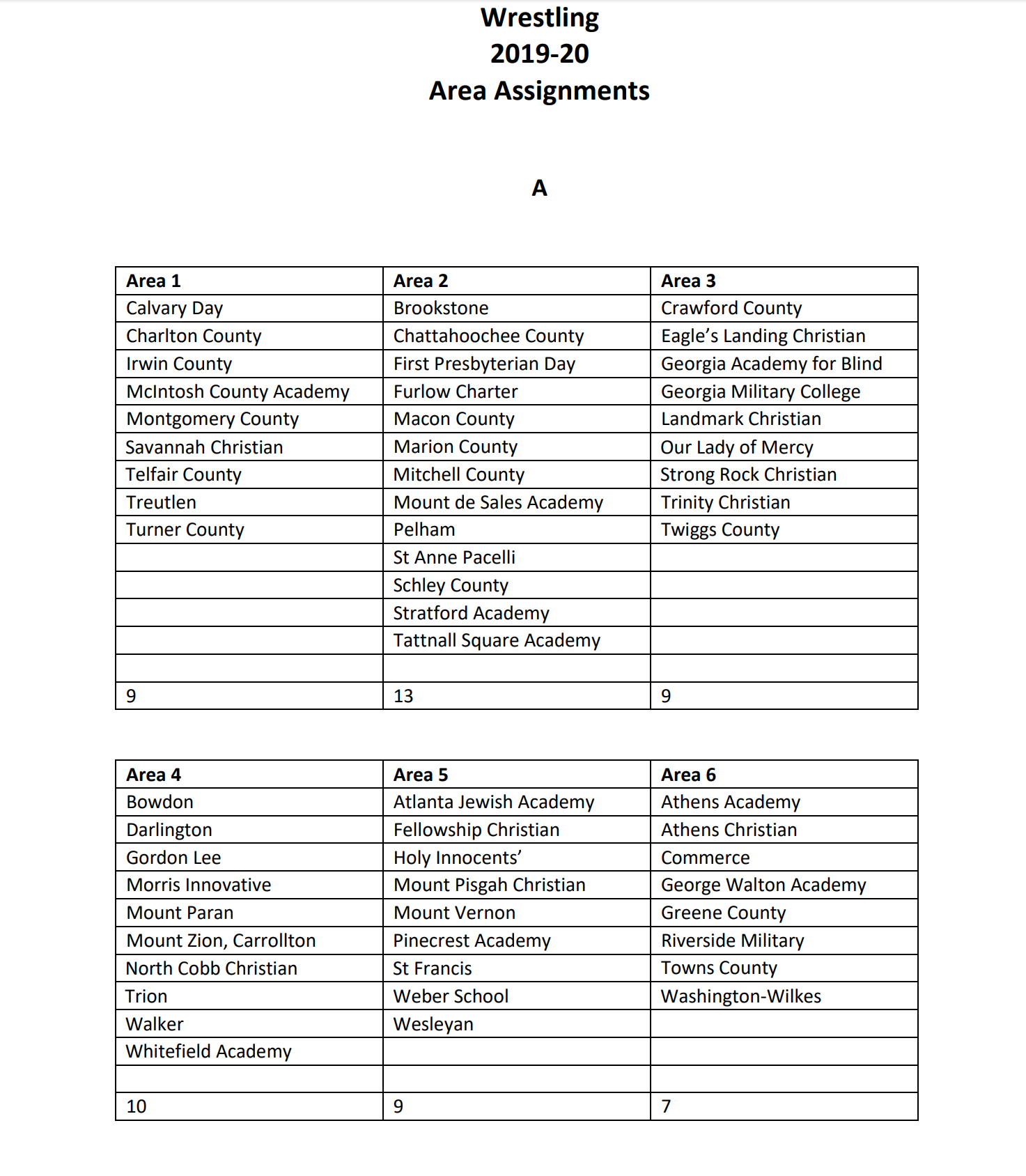 Time: Wrestling begins at 9 AM

There are only TWO Sectional tournaments for each of the GHSA’s seven classifications. This year, for BOTH Trion AND Chattooga, Sectionals will be hosted at Bremen High School. The schools will be competing against two other areas FROM THEIR OWN CLASSIFICATIONS. Sectional Breakdowns are shown below. 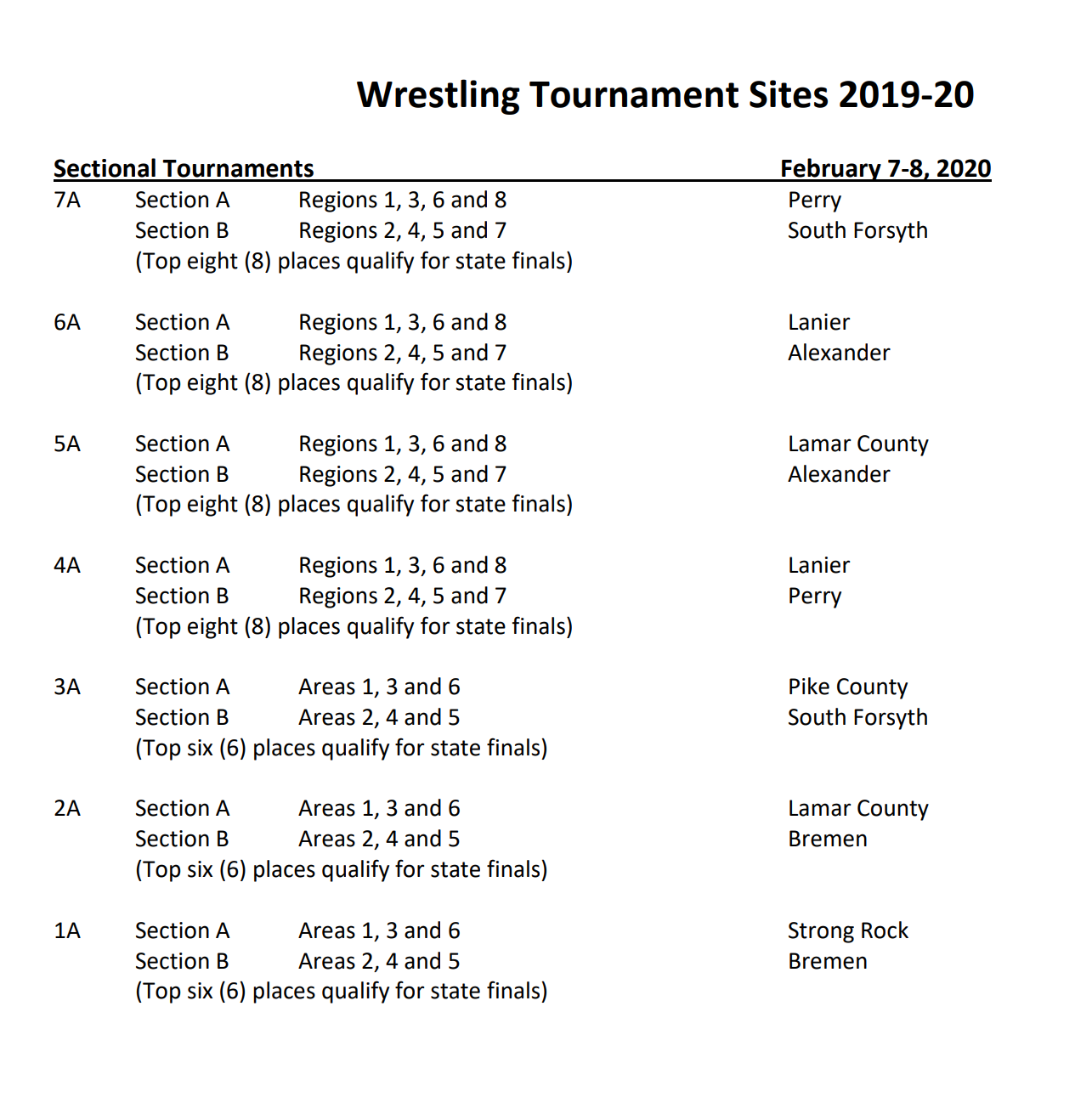 Trion’s 4A Area will be competing against Areas 2A and 5A, while Chattooga’s Area 5AA will be competing against 2AA and 5AA. The Indians and Bulldogs will be battling with their own rivals in an attempt to place as many wrestlers as possible into the TOP SIX. ONLY the TOP SIX wrestlers in each weight class will advance to the State Championship. This tournament will feature 16-man brackets with 12 wrestlers in each bracket. 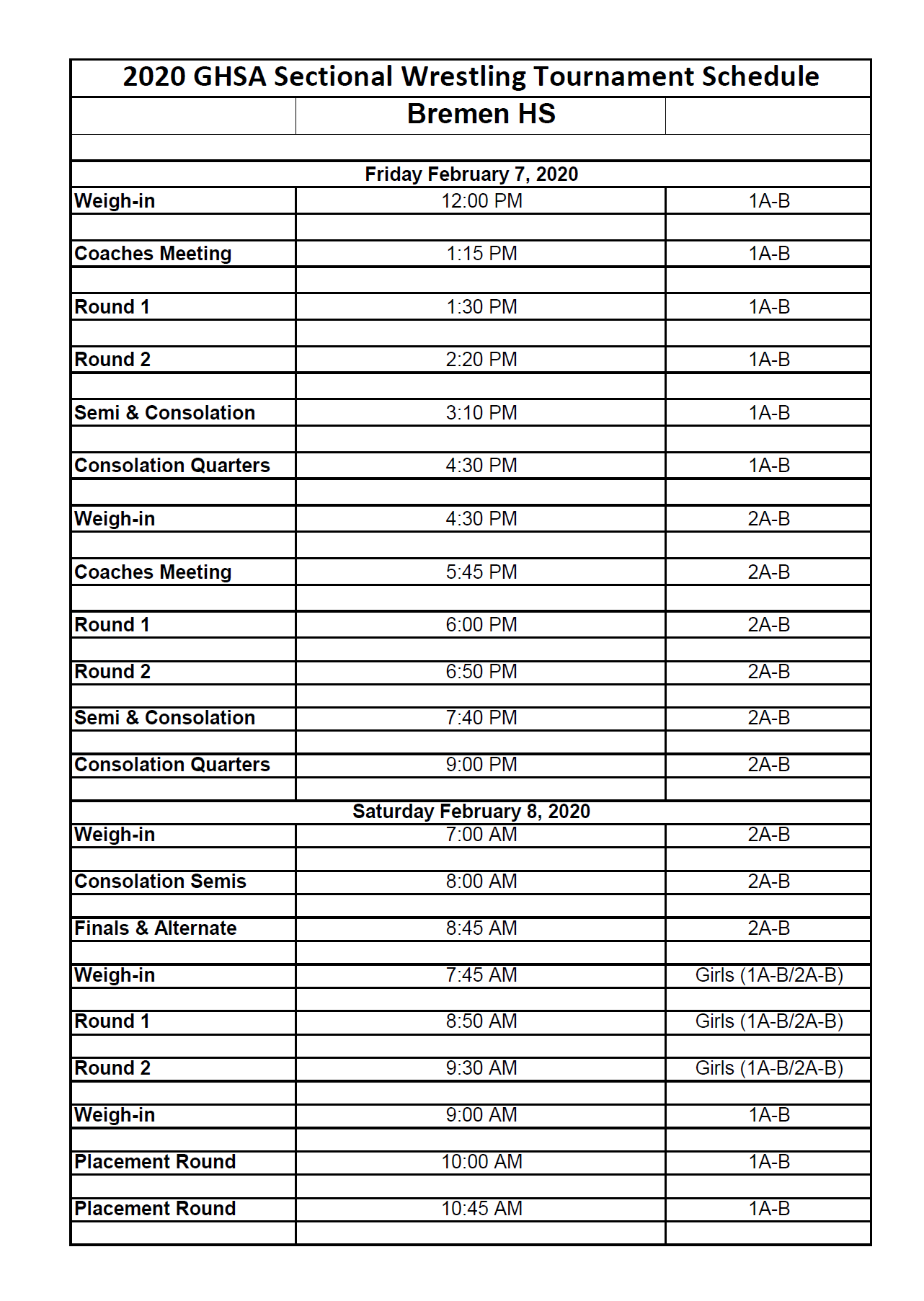 Location: Bremen High School (for BOTH Trion AND Chattooga)

The 2020 GHSA Traditional State Championship will be hosted in Macon, Georgia at the Macon Centreplex. The venue is in the heart of Macon and has hosted GHSA wrestling tournaments on many occasions, including the recent State Duals Championships. Local hotels are already selling out quickly for those looking to book accommodations for the three-day event.

The State Championship Tournament is the culmination of a season of hard work and, for many, it will mark the end of their senior season and possibly… their final time ever competing on the mat. The Top 12 wrestlers in the state in classifications 1A-3A and the Top 16 wrestlers in 4A-7A, will battle to determine State Champions at each weight class. Each wrestler will be fighting for their own title WHILE also earning Team Points for their school. While many wrestlers at State will be one of only a small handful of representatives from their school, both Trion and Chattooga are looking to send a large enough squad to improve on last year’s final placement. The Trion Bulldogs place a whopping EIGHT wrestlers and earned the #2 Traditional Team while the Chattooga Indians placed five wrestlers, including FOUR Finalists and THREE Individual State Champions and finished in third place as a team. This year could be significantly different as the teams are looking to place many wrestlers and have a FINALS Saturday with several Indians and Bulldogs battling for State Championships. 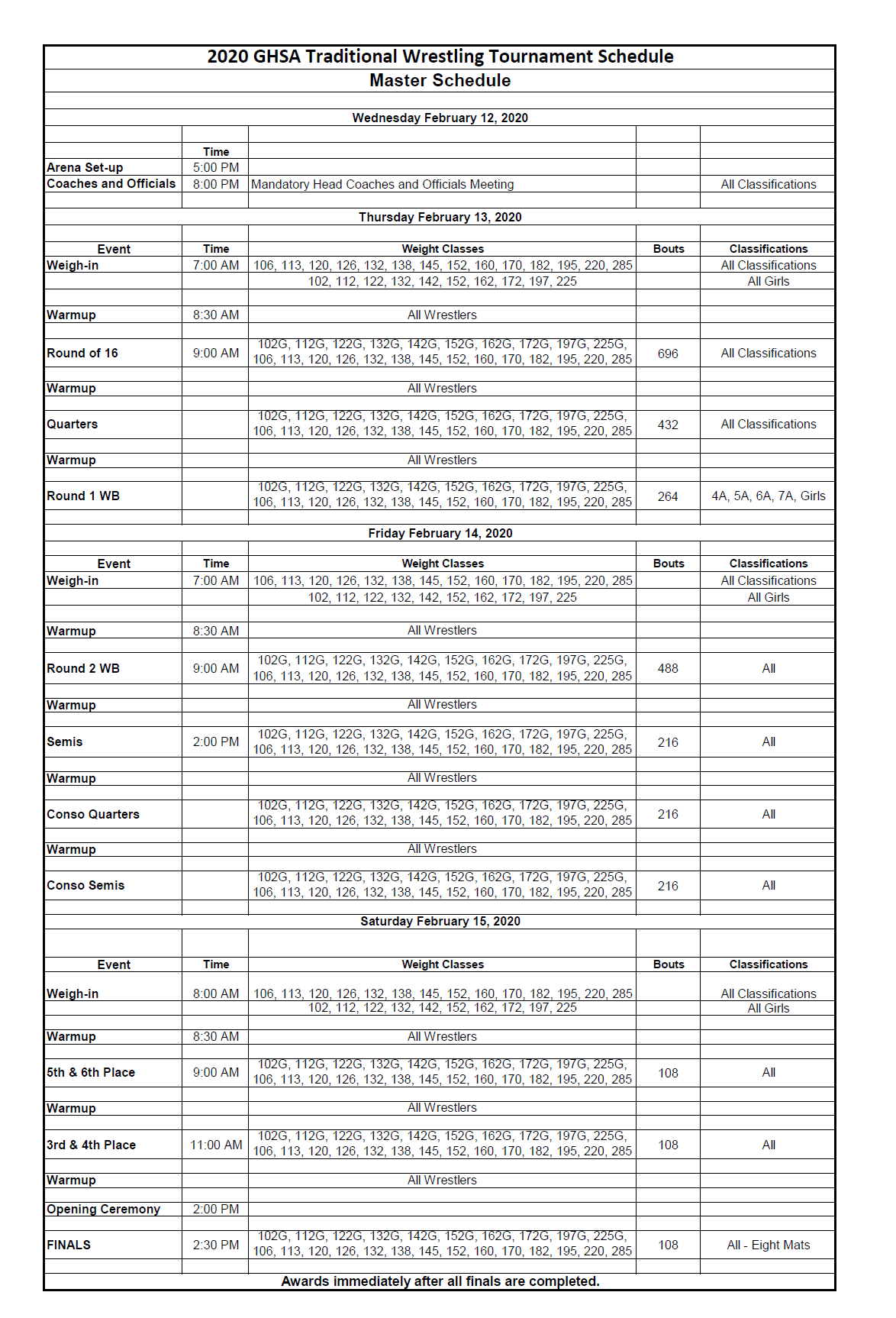 This one is for the Girls…
Lady Bulldogs Defeat Gordon Lee and Pepperell; Will Host First Round of Region Playoffs
Posting....