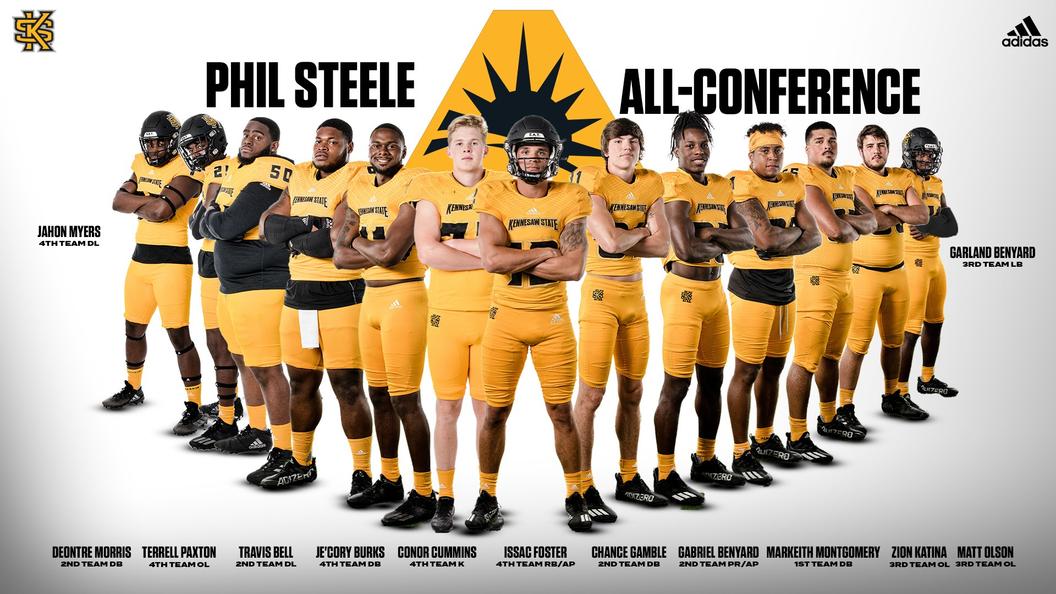 Defensive back Markeith Montgomery was the Owls’ lone selection on the first team after the senior put together a record-breaking season. The Flintstone, Ga. native recorded his 10th career interception which claimed the top spot in the KSU record book. He also finished the year as KSU’s leading tackler with 60 total (37 solo).

Offensive lineman Matt Olson and Zion Katina garnered the KSU offense recognition on the third team, while linebacker Garland Benyard was selected on the defensive side. Gabriel Benyard also received his third recognition by the outlet as he placed at the kick return position.