Jarrett off to a good start at NFR 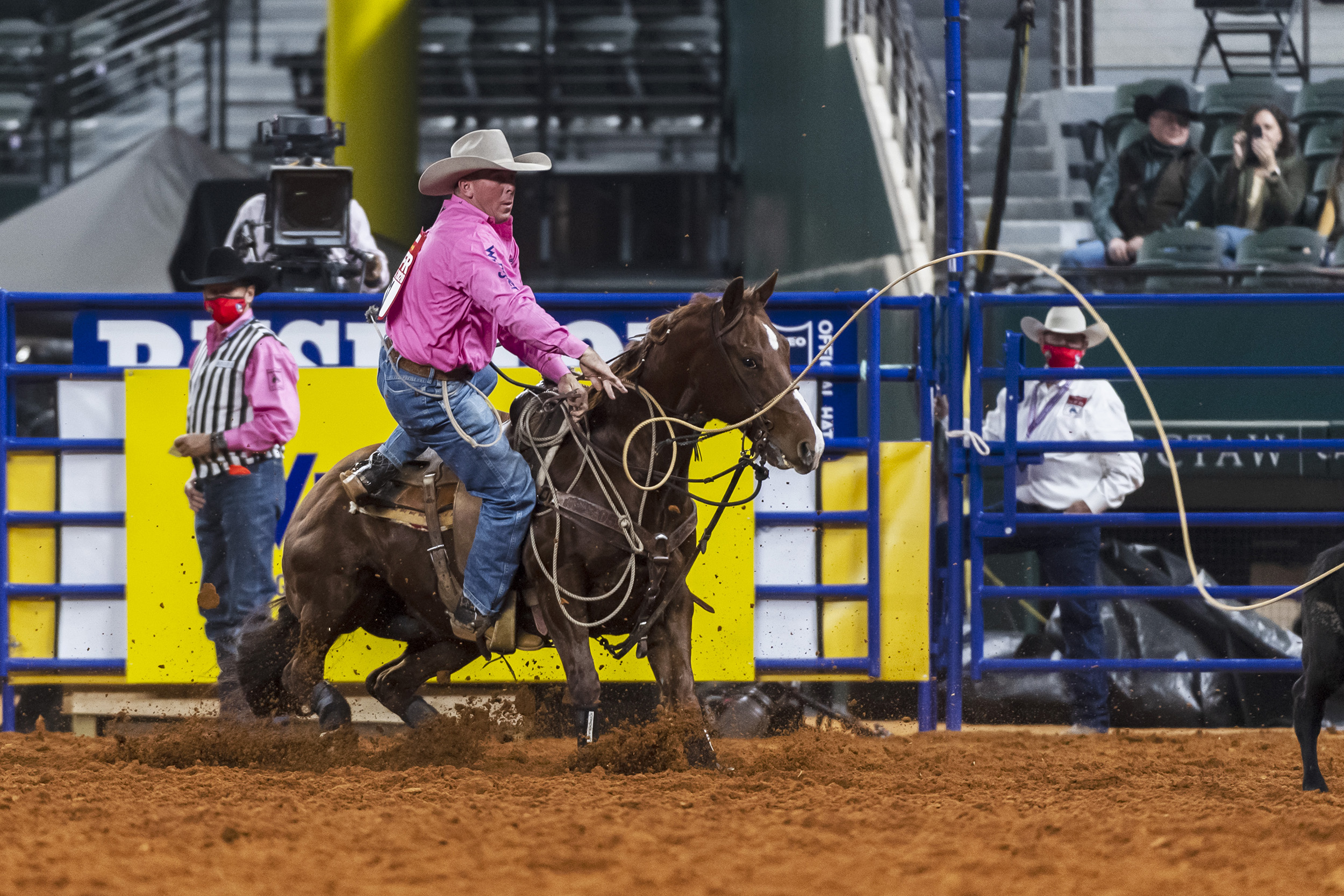 LAS VEGAS – Ryan Jarrett is glad to be back in Las Vegas.
He won his first world championship in his first National Finals Rodeo qualification here in
2005. Five years later, he married his wife, Shy-Anne, in the City of Lights. After a one-year hiatus
because of COVID restrictions, he returned in fine fashion, roping and tying his calf in 8.3 seconds to
finish third in the opening round of the 2021 NFR.
“I love it,” said Jarrett, 37, who pocketed $16,111 and pushed his season earnings to $118,044;
he has moved up four spots to eighth in the tie-down roping world standings. “Winning something the
first night lets off a lot of pressure. To win something on the first nod is just super exciting, especially
with my wife and daughter here to see it.”
Their daughter, Jurnee, is just a couple months shy of her third birthday, and she’s at an age to
enjoy all the goings-on in Las Vegas. The sounds of slot machines go off in about every casino across
this city of 635,000 people, but it’s also ringing a little bit in the Jarrett household after a brilliant kick
start to his 14 th NFR qualification.
“I was pretty excited to get started,” he said. “I liked my calf going into the night and riding a
different horse, I have a lot of confidence. It feels good to be rodeoing in Vegas.”
He’s riding Poppy, a bay mare owned by Cody McCartney and Bailey and Tia Moore. The
animal has a strong breeding line, which is important when it comes to performance horses of this
caliber.
“My wife and I used to own one of her half-sisters a few years ago,” said Jarrett, the 2005 all-
around world titlist originally from Summerville, Georgia, but now living in Comanche, Oklahoma. “I
showed this horse’s dad some at the AQHA show.
“Cimarron Boardman put this horse on the map, and I rode her at the (Prairie) Circuit Finals and
said, ‘I’ve got to have some of that.’ ”
It continues to work in his favor. After going a few rounds without cashing in a year ago in
Arlington, Texas, it was vital for Jarrett to kick off his week and a half in Las Vegas on a positive note.
He’s got great confidence heading into the final nine nights of the 2021 ProRodeo campaign.
“This is how you lay it out, and you just want to get on that roll and see where it takes you,” he
said. “Sometimes it doesn’t go this way, but you for sure appreciate it when it does.”