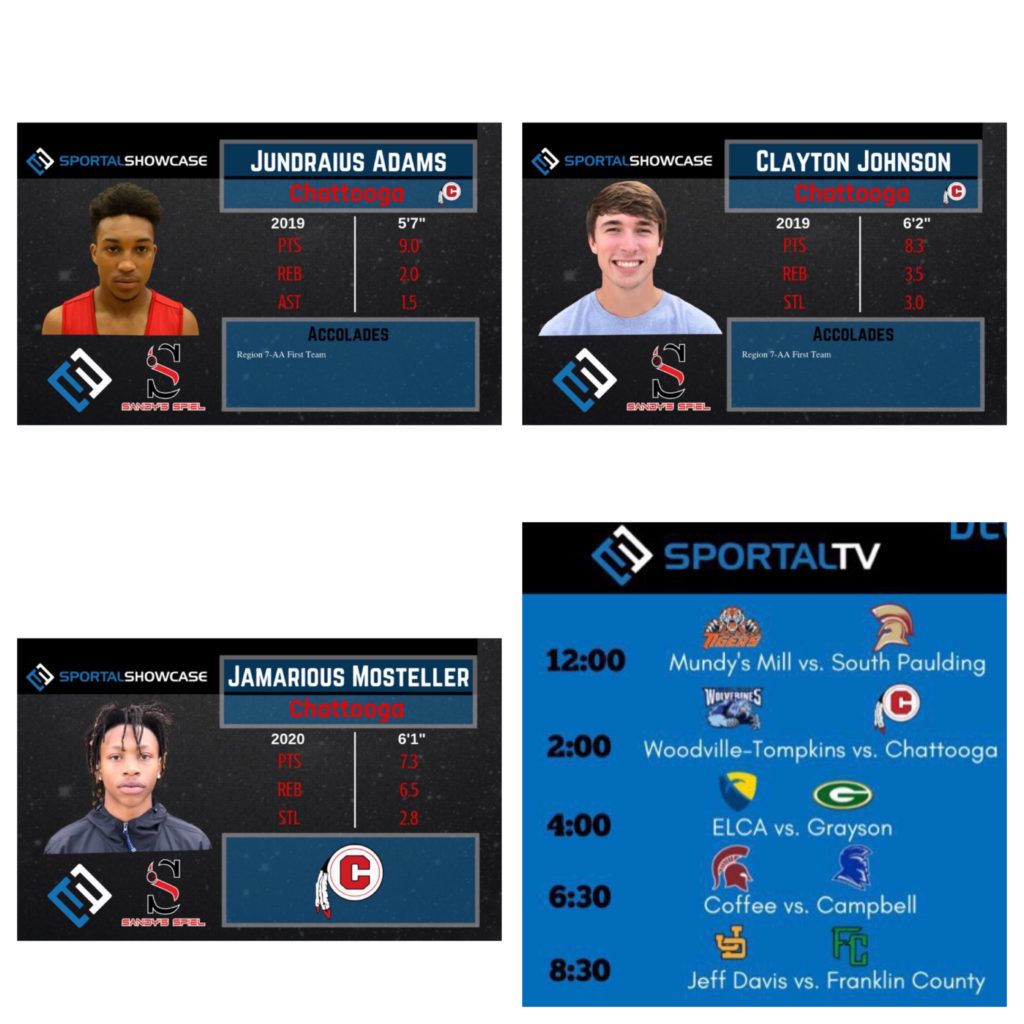 Ten teams from across the state of Georgia will descend on South Paulding High School for the inaugural SportalShowcase.  If you can’t make it to the game you can watch online at www.SportalTV.live

Sandy has followed Chattooga’s program closely over the past couple of seasons, and he invited the Indians to be a part of this event. Sandy said he invited Chattooga, “because I know what type of program they have. They’ve won a lot of games under Coach Groce and they deserve an opportunity to be seen in the Metro Atlanta area. When everyone is healthy, they are able to compete with anyone and I want the rest of the state to see that.”

Chattooga will be taking on Woodville-Tompkins out of Savannah, a newcomer to AA that is already ranked #1 in AA in many preseason polls.

The exposure this weekend will be good for the players, “we have several young men on our team that would like the opportunity to play basketball at the next level, and these games will give them the opportunity to prove that they can perform against some of the best high school basketball players in the state,” Coach Groce said.