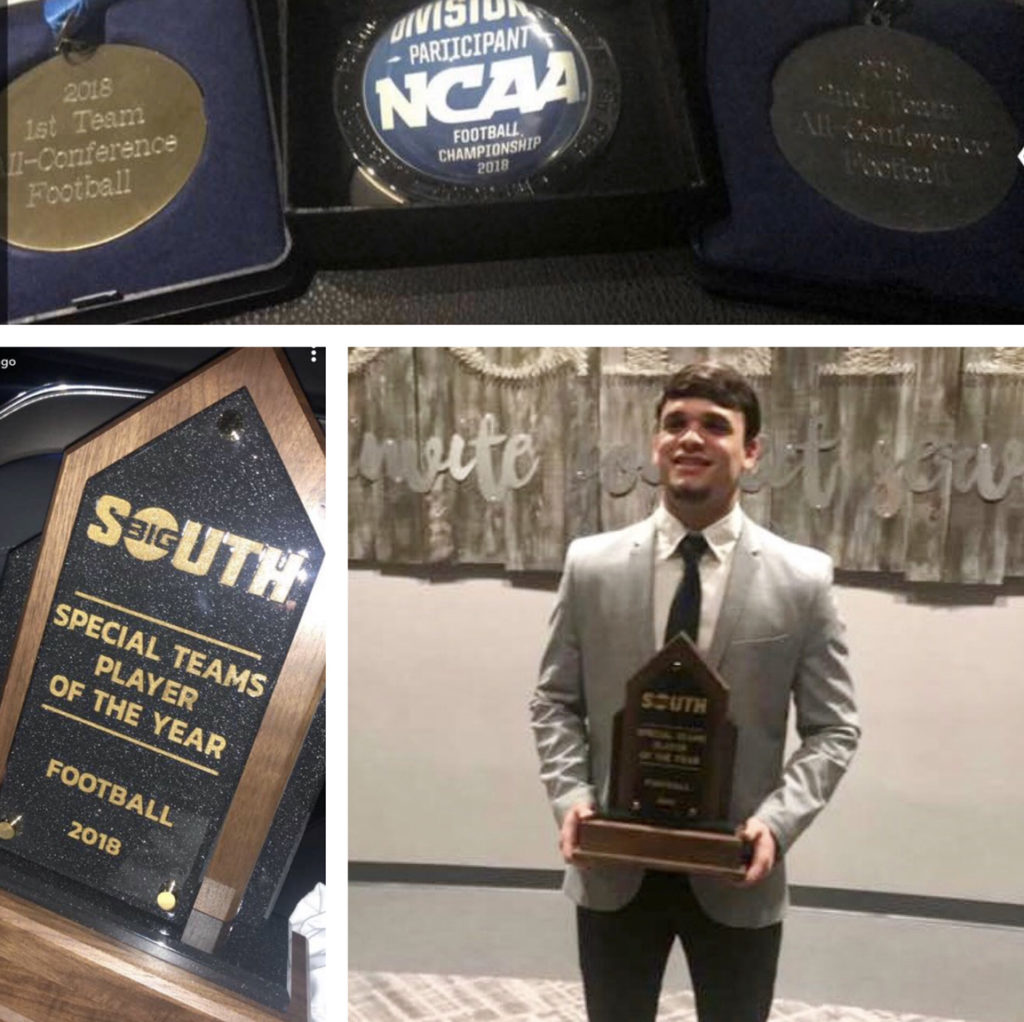 KSU Football held its annual Awards Banquet Saturday evening where former Chattooga Indian star, Isaac Foster, was recognized for his record-breaking season. Foster had an electric year as the freshman became the first player in league history to record two 100-yard kickoff returns for touchdowns in the same season. He is the only FCS and FBS player in the nation with two 100-yard kickoff returns for TD’s during the 2018 campaign.

Isaac Foster’s performance comes as no surprise to anyone in Chattooga County but his stellar performance in the loaded Owl backfield placed him on the national map. Foster received the following awards: Big South Conference Special Teams Player of the Year, Freshman All-American as a return specialist and 1st team All Conference.

The Summerville, Georgia, native also did damage returning punts, returning 20 punts for 164 yards to rank No. 28 in the nation at 8.2 yards per attempt.