Foster Fights For Running Room in a Deep Nest of Owls

Foster Fights For Running Room in a Deep Nest of Owls 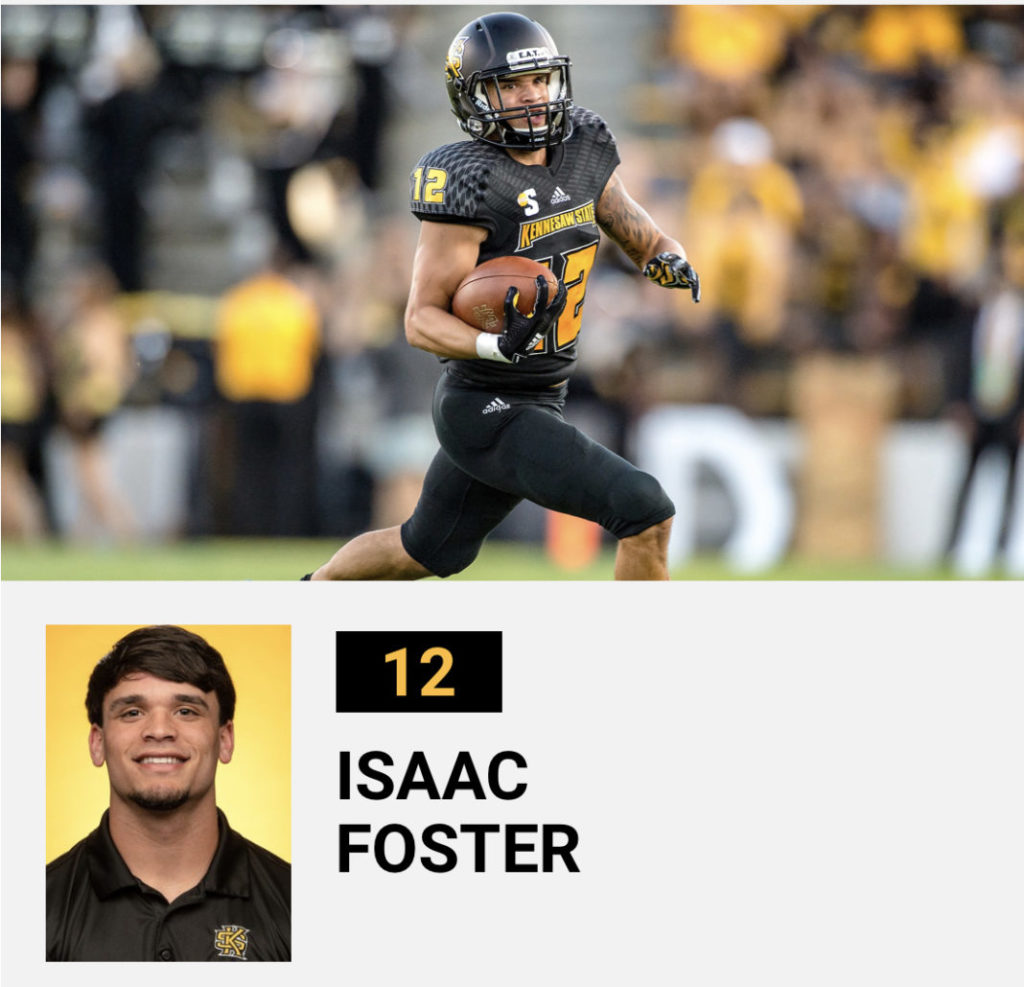 It can be difficult to standout on a Kennesaw State University team that saw 16 different players post rushing yardage in Saturday’s 59-0 home-opener victory over Point University, so sophomore Isaac Foster focuses on being prepared to help his team whenever called on.

Seizing the opportunity on his three carries, the Kennesaw State Owl rolled up 22 yards for an impressive 7.3 yard average and tacked on a 4-yard reception for added measure.

But again, it was his fleet-footed return skills that put him in the spotlight as he took back the Owl’s sole kick off return and went 54 yards back across midfield. Foster was one tackler away from his third special teams touchdown after posting not one, but TWO 100-yard kick off returns for touchdowns last season.

Foster also made waves returning punts, returning 20 punts for 164 yards to rank No. 28 in the nation at 8.2 yards per attempt.

Foster’s accolades come as no surprise to anyone in Chattooga County and his stellar performance in the loaded Owl backfield has placed him on the national map. Foster was an all-star dual threat running back and quarterback for Chattooga High School. Foster finished his career as the all-time leading scorer at Chattooga with 336 points, while racking up 3,243 yards on the ground during his tenure.

The Owls will travel on Saturday, September 7th to take on Kent State at 12 p.m., the game will be shown on ESPN3

The next home game at Fifth Third Bank Stadium will be on Saturday, September 28th at 6 p.m. as KSU takes on Reinhardt. The home game will be shown on ESPN.