Chattooga High School alumnus Amos Willingham was selected by the Washington Nationals in the 17th round of the MLB draft on Wednesday. 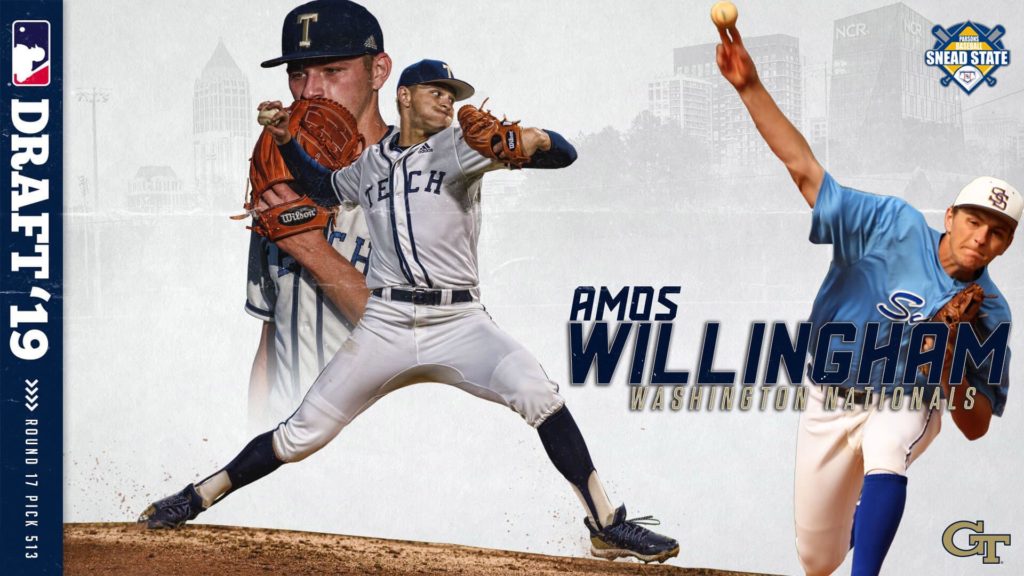 Chattooga High School alumnus Amos Willingham was selected by the Washington Nationals in the 17th round of the MLB draft on Wednesday.

Willingham transferred to Georgia Tech after two years at Snead State. Willingham just completed his junior season with the Yellow Jackets with an 8-2 record and a 5.19 ERA with 42 strikeouts.

Georgia Tech head baseball Coach, Danny Hall had this to say about Willingham: “We dipped into the JUCO route to get him. He grew up in Georgia and again is a 6-4 right-hander that’s a really good pitcher. He is already throwing 90 or better with a good breaking ball and a good change up. He is a really smart kid.”

After graduating from Chattooga High School Willingham attended Snead State Community College in Alabama, Willingham is a 6-4 right-handed pitcher. He appeared in 14 games on the mound for Snead State, including making 11 starts as a freshman.   As a member of the 2016 class, Willingham was ranked as the No. 8 right-handed pitcher in the state of Georgia and the No. 177 righty nationally by Perfect Game. He received a 2015 PG Underclassmen All-American High Honorable Mention at Chattooga.

Willingham, also played in the field at first and third base, went 5-2 on the season with three complete games, a 3.66 ERA and at total of 48 strikeouts with over 66.1 innings pitched. He lettered for two seasons at Snead State CC, spending time at pitcher and third base, and was named captain his second year.  Willingham was named a third-team NJCAA Academic All-American, a three-time Dean’s List student at Snead State. Willingham was a four-year letterwinner at Chattooga and earned captain honors his final two years and was a two-time Rome News Tribune all-Area selection and first-team all-Region for 7-AA.

He is the son of Jan and Britt Willingham and has one sister — Tori (24).