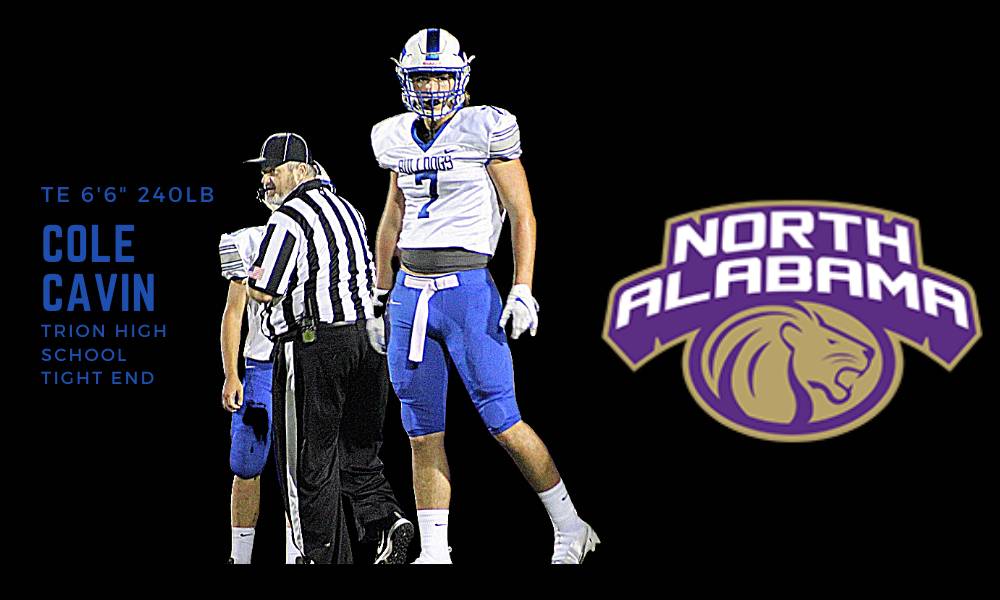 After a hard, long spring practice, Bulldog Tight End Cole Cavin, had a life-altering phone call.  At 6’6″ 240lbs, the rising senior has been talking to several colleges and universities about the potential of playing college football. Daily he receives mail, even handwritten letters from coaches, text messages, and twitter messages.

Thursday, the courting part of recruiting took a serious turn as Coach Colby Ellis from The University of North Alabama told Cavin he was ready to offer him. After a brief conversation with Coach Ellis, Zach Lisko, the Offensive Coordinator, got on the phone and told Cavin he had earned a scholarship to North Alabama University.

“I love what I am seeing on film, obviously what you are doing on the field speaks for itself, there’s no doubt about it, you can come in here and play and be a big-time player for us. Off the field all the recommendations we got from your coaches and everybody about your character, that played a huge role as well. At the end of the day, I think you’ll look good in purple and gold,” Coach Lisko said. 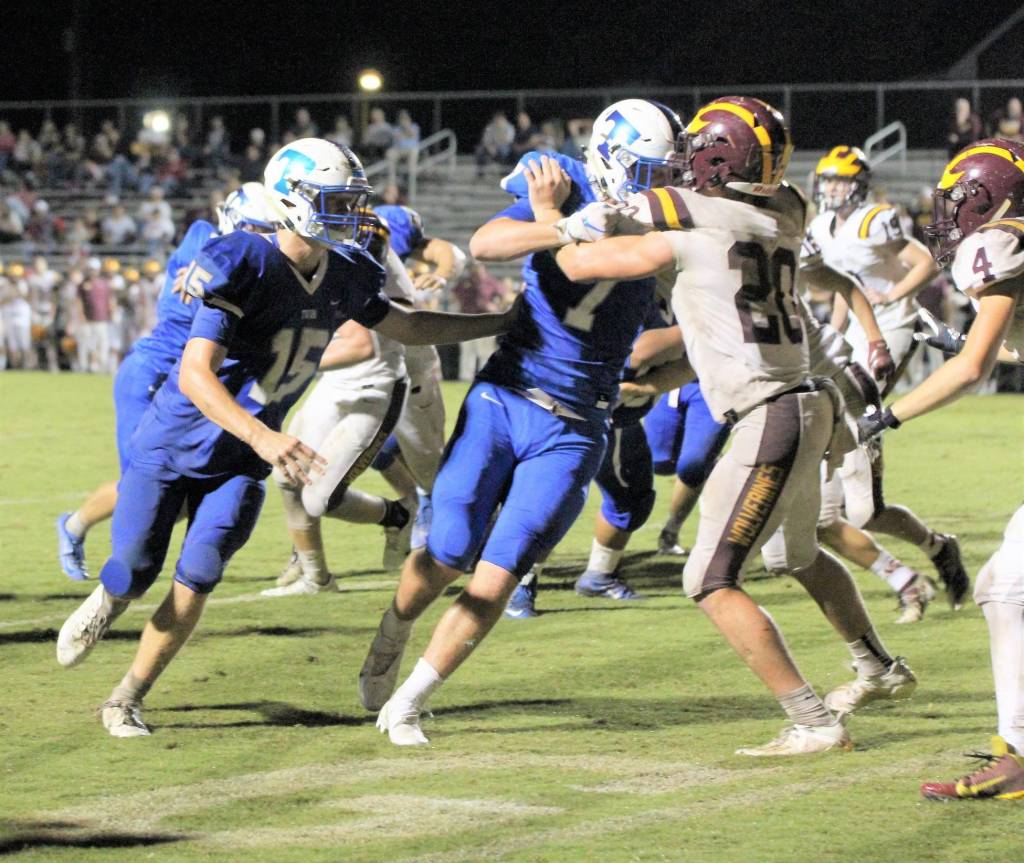 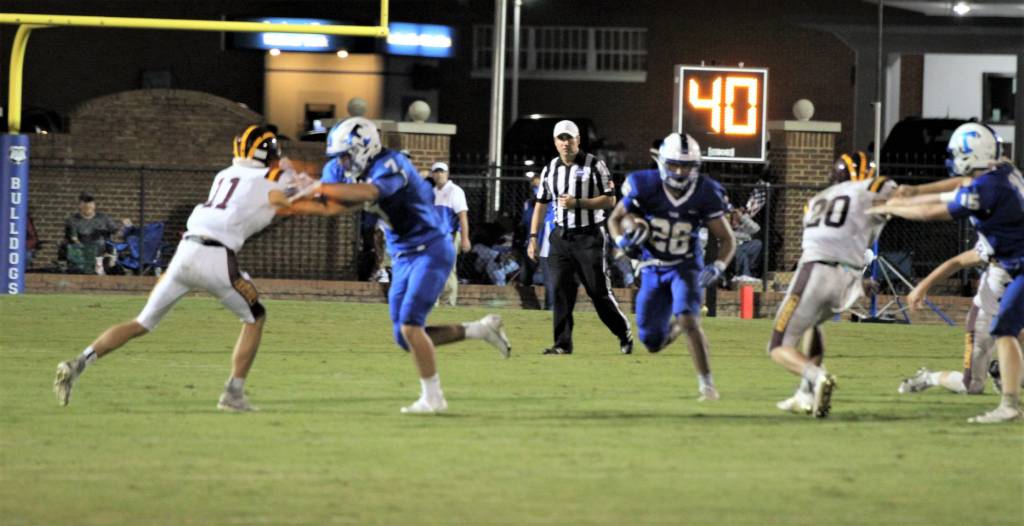 Trion Football Coach Sean Patrick said that, “Cavin’s best football is still ahead of him.”

Cavin transitioned from wide receiver/safety to tight end for his junior season. His duties include blocking for both the quarterback and the running backs, but he can also run into the field and catch passes. Cavin was a blocking machine and had one touchdown his junior season.

Looking ahead to his senior season Cavin says his personal goal is the same as his team goal, for the Bulldogs to go undefeated.