The game will be live on ESPN3. 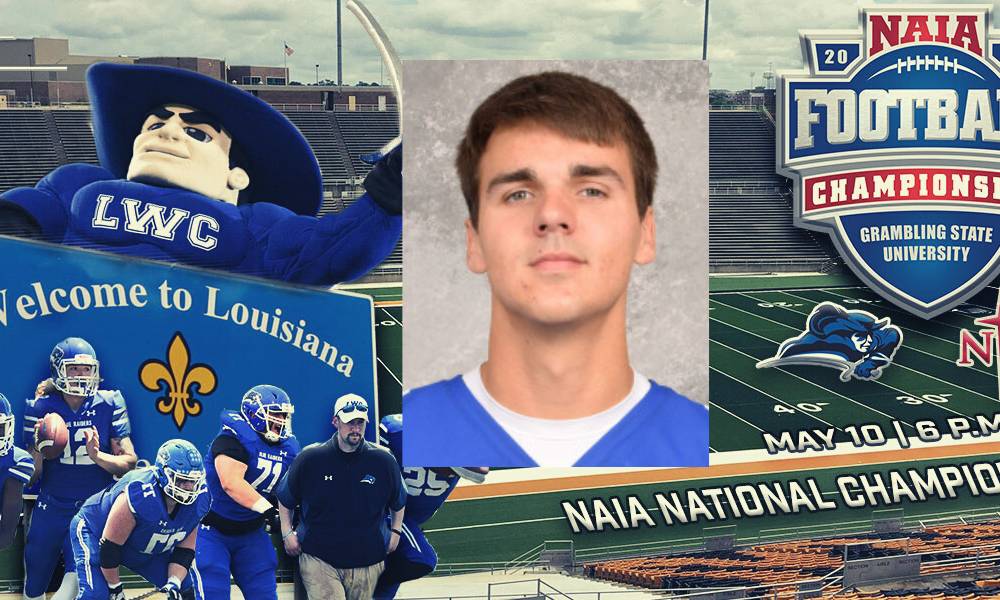 Lindsey Wilson picked up its 50th win in Blue Raider Stadium history with the win, including its 14th straight. The Blue Raiders are now 50-15 all-time at home.

Evans has been an integral part of the undefeated season, and punching the ticket to the championship game.

Lindsey Wilson and Northwestern will meet for the first time with a national championship on the line.

The game will be live on ESPN3.

The Lindsey Wilson Sports Network will have a live audio feed beginning at 5:15 p.m. CT with the pregame show. Listen live at https://portal.stretchinternet.com/lwc/.

Lindsey Wilson is making its first-ever appearance in the championship game.

Evans was slated to graduate today, Sunday May 9th, but he can’t walk since his team is heading to National Championship. He will receive a communications degree.