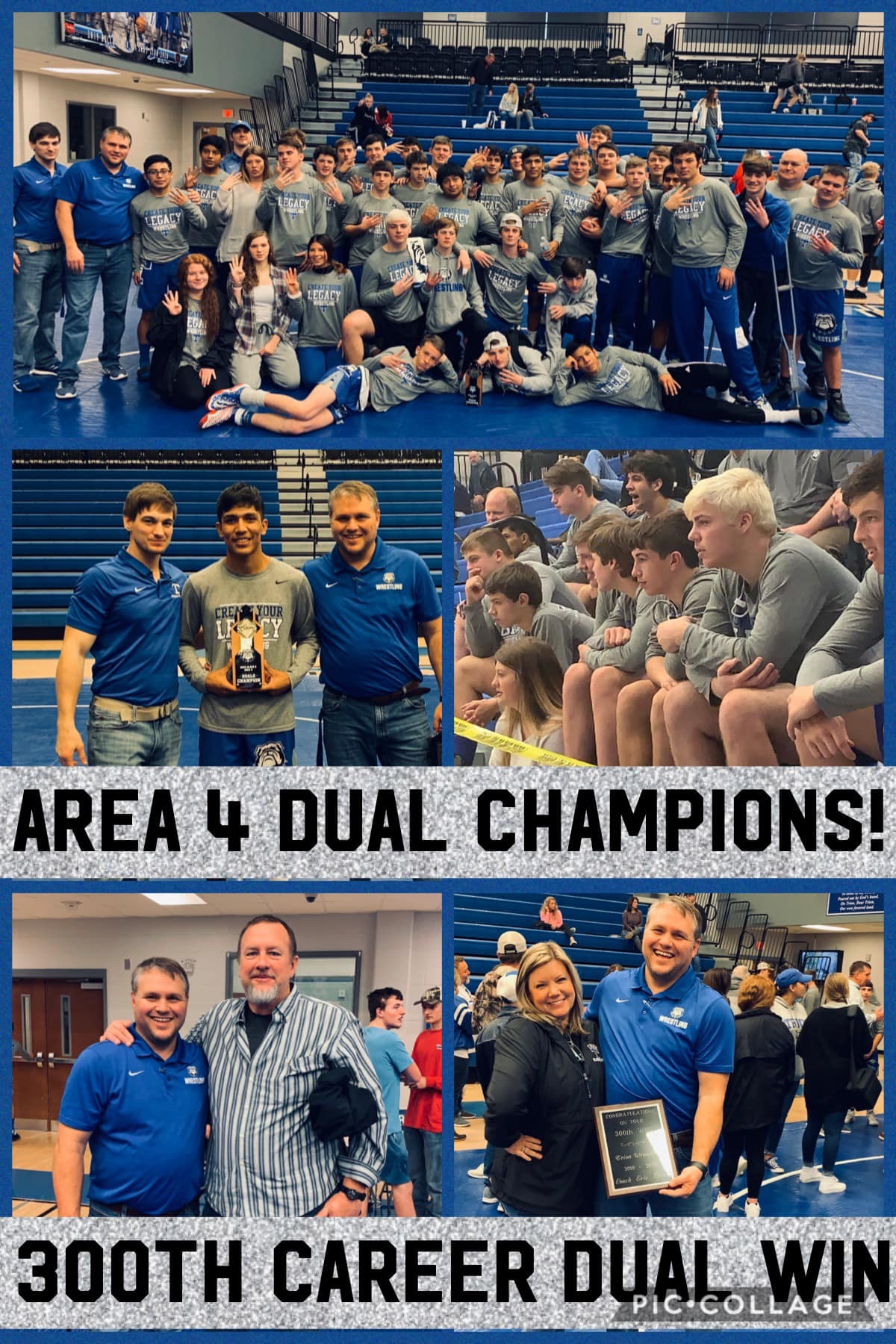 “We at Trion are very proud of Coach Brock and Trion Wrestling as a whole. Under Coach Brock’s leadership Trion has become one of the absolute best wrestling programs in the state. The great thing about Coach Brock is that not only is he an outstanding coach, he is an even better person. I’m so proud that he’s a Bulldog,” Trion Athletic Director Jason Lanham said.

Brock has always been a Bulldog and was a member of the 1994 Trion Wrestling team that claimed the traditional state title, before GHSA offered the team dual championship. He is optimistic the roster of current talented wrestlers can deliver Trion High School its first ever Dual State Title. The Bulldogs best finish at the Dual State Tournament was in 2019 when they came in 2nd. The team has posted finishes of 3rd and 4th, but many people including Coach Brock feel this is the year for the Blue.

“I feel good, we are focused,” Brock said of the upcoming state tournament in Macon. “I am taking 24 great wrestlers to Macon, they are healthy, in shape and on weight.”

“Bulldog Nation is very excited about what our great wrestling team has accomplished thus far this season and wish them nothing but success this weekend at the state championship in Macon…what a great time time to be a Trion Bulldog Wrestler,” Lanham added.

The opening big event of 2020 is the Team Dual Wrestling State Championships on January 16-18 at the Macon Centreplex.  Ticket prices are $12 for daily admission (plus a $2 facility fee) or $30 for a three-day Tournament Pass (plus a facility fee of $4).  All matches will be streamed live on NFHS Network via TrackWrestling.  Defending champions are: Camden County, Valdosta, Woodland-Bartow, Woodward, Jefferson, Social Circle and Commerce.