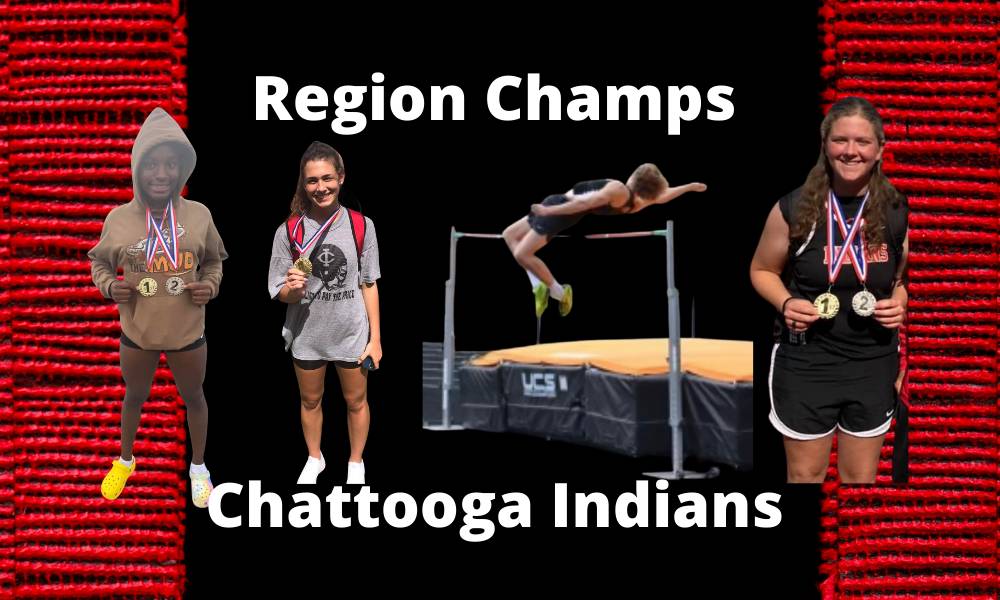 Cash Allen won the region championship in high jump and had a personal best jumping 6’4, a new  school record.

Other Indians advancing to sectionals include:

“The girls finished 3rd overall in team points. I am so proud of the hard work this season of all the athletes. They really improved each meet and gave everything they had at region,” Coach Renee Beasley said.

Chattooga Track will compete at Sectionals May 8 at Gordon Central. From there, the top eight will advance to the state meet.