Patrol officer commended for rescue of teen from flames of a crash on Ga 53 Saturday. 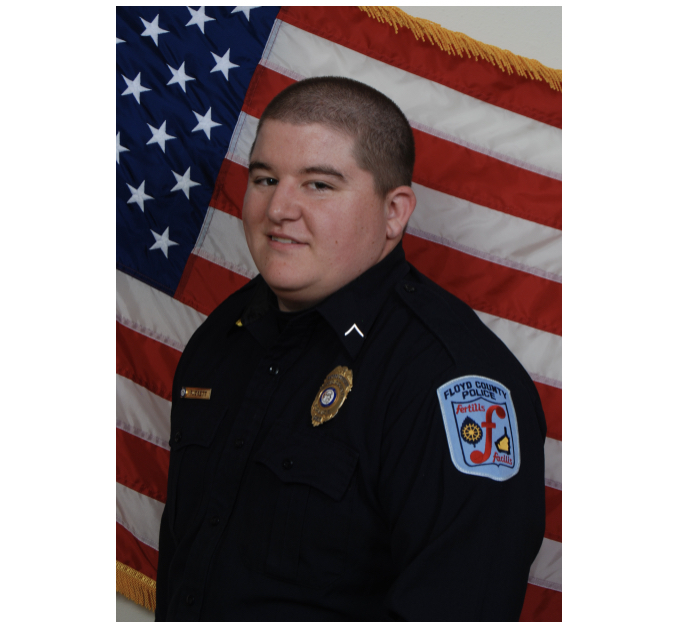 A third shift patrol officer has received a commendation for his work in rescuing an unconscious teen from the burning wreckage of a truck after it crashed head-on with a wrong way vehicle Saturday. Thanks to the work of that officer the teen was pulled from her seat before the truck was completely engulfed with flame.

Pfc. Blake Puckett was commended for his performance by Sgt. Josh Ward, who said “there is no doubt that if Pfc. Puckett would not have gotten the female out of the car when he did … she would not be with us at this time. His swift actions and calm demeanor saved her life.”

Police were on the scene almost immediately after the crash on Ga 53, where they saw the twisted aftermath of an intoxicated driver. Inside one of the vehicles officers found 18-year-old Laurel Putnam unresponsive and strapped in by her seatbelt.

Officer Puckett used his knife to cut her free and, with the help of passerby Harrison Booker, pulled the teen passenger free of the vehicle. The driver and the other two occupants were able to scramble free of the wreck thanks to passers-by.

The crash occurred around 11 p.m. Saturday after 911 received a call about a wrong way driver on Ga 53 in Shannon. The suspect vehicle, driven by Raul Villalobos, was driving at a very high rate of speed and nearly struck other vehicles.

Unfortunately, the Acura driven by Villalobos struck the truck carrying Putnam and her friends. Witnesses report that the fire erupted instantly.

Villalobos remains hospitalized but is facing charges of DUI, serious injury by vehicle, reckless driving, driving while unlicensed and no insurance.

Other passers-by assisted with first aid of the other occupants and the police department is asking that they reach out to us so that we may show our appreciation. Pfc. Puckett did tremendous work, but we are also grateful for the compassion shown by our community in assisting rescuers.