Couldn’t have asked for a better hunt 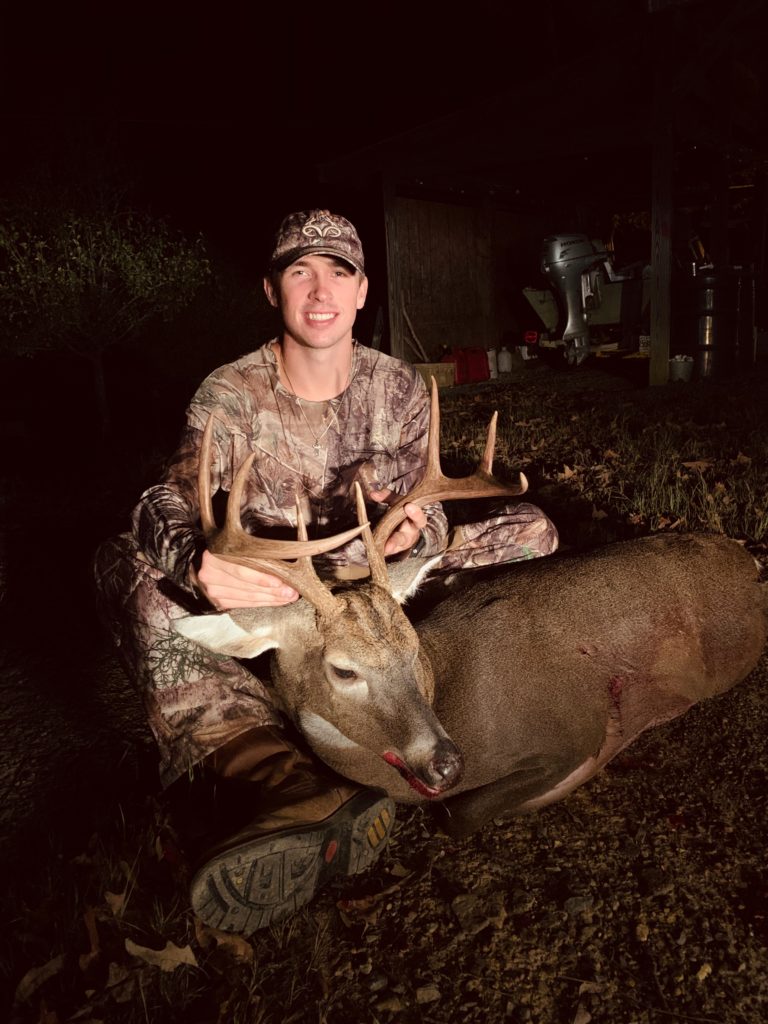 Hunters all have one thing in common, patience. For Clayton Johnson, he had been exercising his patience for a buck he nicknamed “Stud” since December 15, 2018, “that was when I first saw this deer on the trail cam.”

“During the 2018 season the only time I encountered him while hunting I had a chance to get him but it just wasn’t the best shot so I held off. Didn’t see him again until August 31st 2019 he showed up on my trail camera. I didn’t get another picture of him until I decided to move my cameras around. Around the end of September, I started getting pictures of him an hour before daylight and thirty minutes after dark. Never could see him in the daylight so I had an idea,” said Johnson. 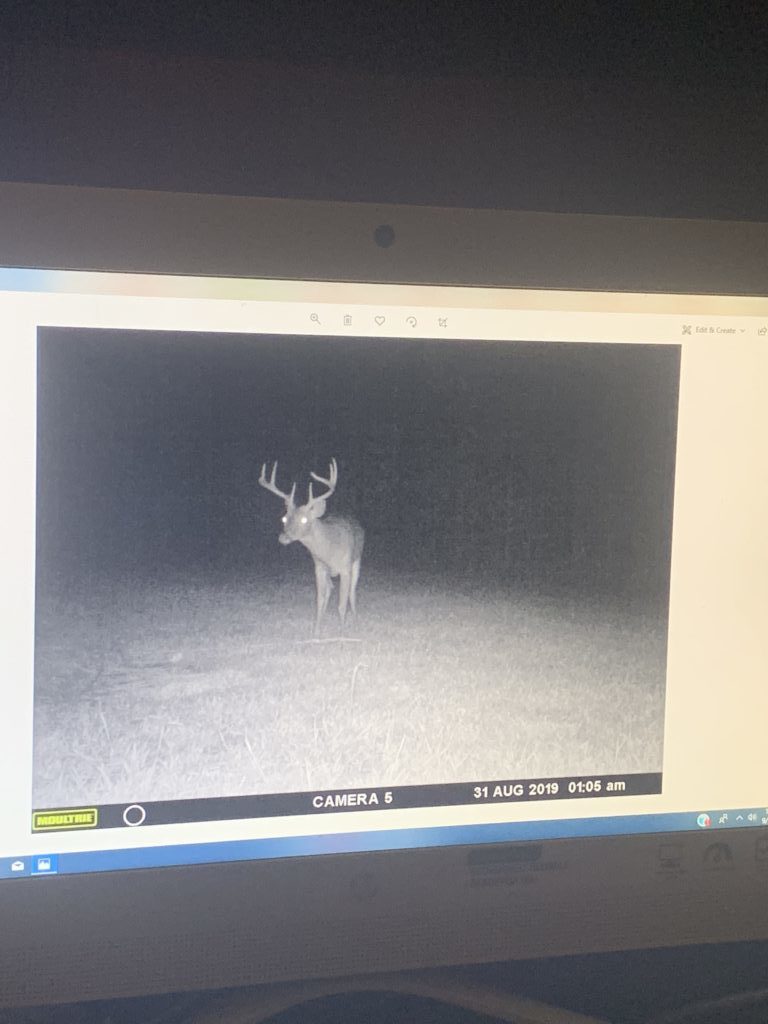 “I stuck a trail camera up above one of my ponds which is right on the edge of a pine thicket. Got a picture of him that same evening that I put that camera out which was October 12th at 7:45 p.m. so it was right at dark.”

The following day, October 13th Clayton hunted in the morning on the other side of the property. “I got down and went and checked my cams, which is when I seen where he had been there the evening before right at dark. I thought to myself if he was there right at dark maybe this evening he will come back a little earlier.”

On the evening of October 13th Clayton took to the woods again with his climbing stand and picked out a tree close to my trail cam. He recalls seeing a couple does and a small 8 pointer, but no Stud.

As the Hunter’s Full Moon was rising and darkness was settling in, out walked Stud.

Johnson was hunting with his father’s Thompson Center muzzleloader and had a ten yard broad side shot. “Couldn’t have asked for a better hunt. Biggest buck ever shot on my grandparents property. I’ve been hunting there my whole life and finally tagged a big buck.”