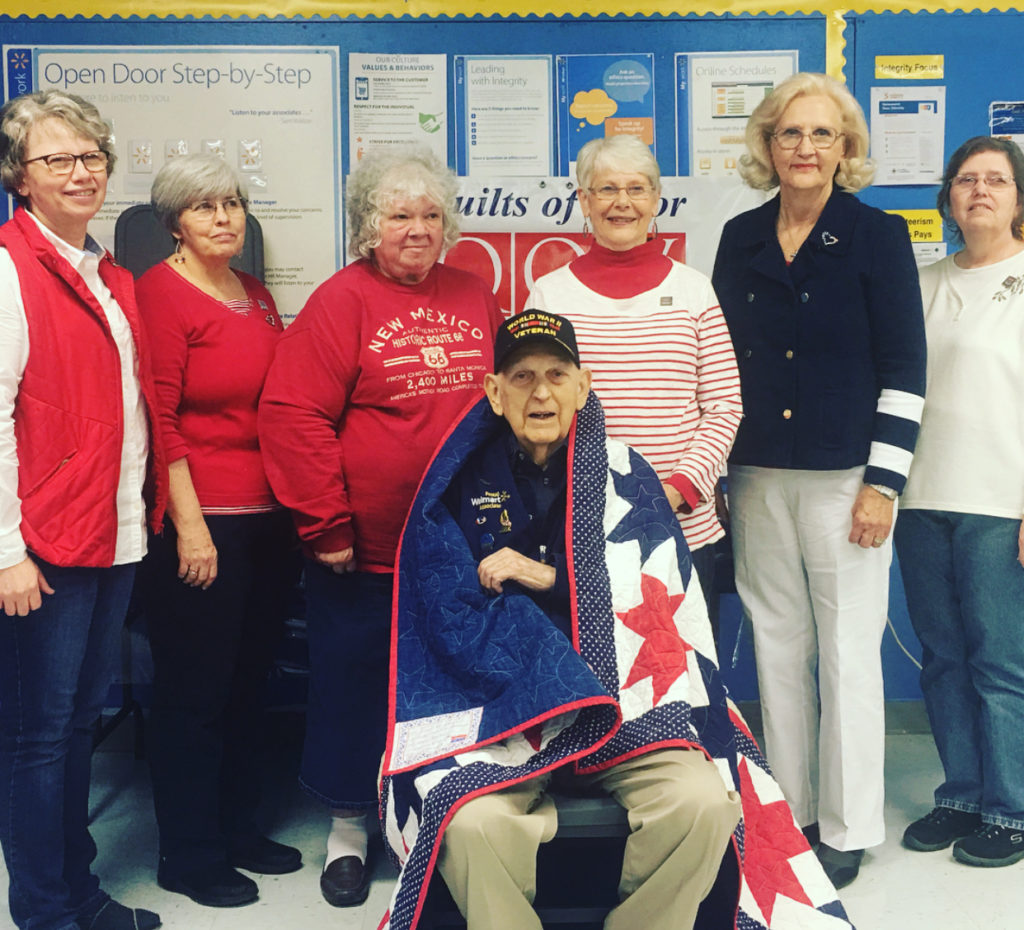 The most recent recipent of the Quilt of Valor was US Army, WWII, Tech Sgt. James Hoyt Williams. A small group of family, friends and co-workers of Mr. Hoyt’s gathered in the lounge at Wal-Mart for the surprise ceremony.

Members of the Quilting group of North Georgia, along with Barbara Reece helped coordinate the ceremony.

“Sgt. Williams served from 1943-1945. He served as part of an engineering company attached to the 1st Army Headquarters Division. He served tours in the European theater, he served in England, France, Belgium, Germany and other tours. After these tours he was sent to the Pacific side, he was sent to the Philippine Islands,” Odell Anderson said.

Hoyt Williams is one of the few remaining World War II veterans from Chattooga County. He graduated Trion High School in 1942, and joined the Army to serve in World War II, arriving in Normandy D-Day+18. Sgt. Williams served as an Army engineer in both the European and South Pacific Campaigns of World War II, serving in both campaigns is rare.

Despite half a century of time to soften the pain, when Sgt. Williams talks about the Nazis, the passion and emotion are as raw as the days he experienced them. He fought through France, Belgium and finished his European mission in Germany. Sgt. Williams  spent Christmas of 1944 in the Ardennes forest at the Battle of the Bulge, the last major German offensive campaign of the war. The remainder of the War Sgt. Williams was stationed in the Philippines, where he remained until Japan surrendered in September of 1945.

Brenda Park explained the signifance of a Quilt of Valor, “each quilt is made of three layers and each layer has own special meaning:

Each quilt also represents a three-part message from the givers to those receiving:

At age 94, Hoyt Williams still works full time at WalMart in Trion, Georgia. He has been employed with Walmart for 25 years.