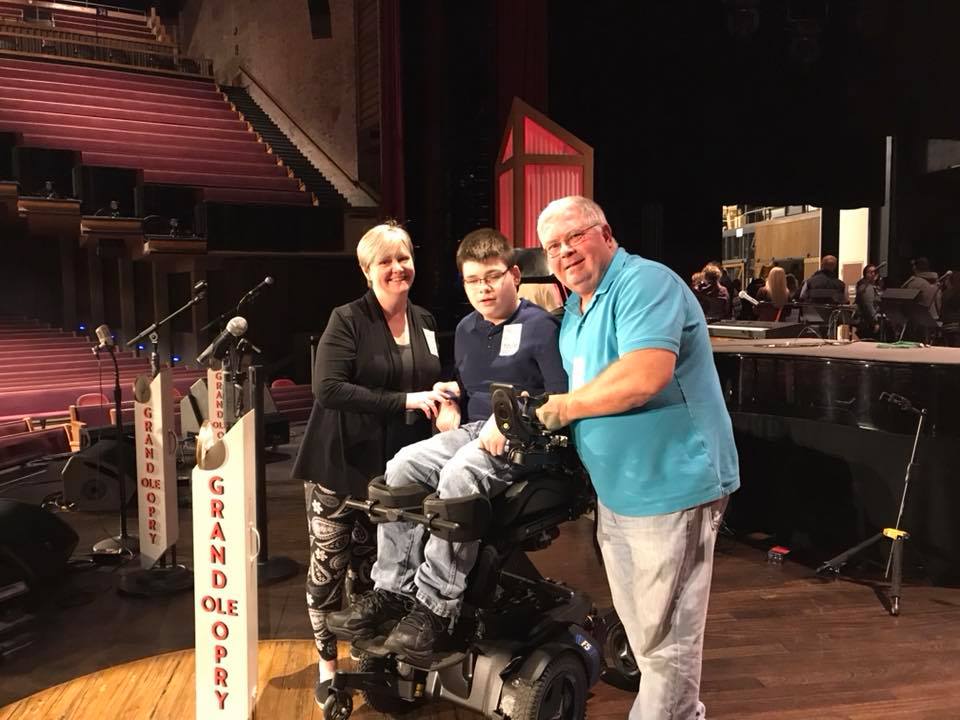 Today is a special day for the Norton family. Today is Gabriel Norton’s Gotcha Day. “Fifteen years ago, a dear lady gave me the picture of a sweet baby boy…my Sweet G,” said Andrea Norton. “Today is the anniversary of the day we first found out about him. The first day we saw him. The day he stole our hearts… our gotcha day.”

A year earlier,  Andrea and Joey Norton had a baby boy placed in their home. “He was with us for one week,” Andrea said. Georgia law gives birth parents a ten day window after signing their parental rights away to reassess their decision and change their mind about going through with an adoption. “His birth mother changed her mind on the ninth day after signing her rights away. That was one of the hardest things I have ever had to face,” Andrea said.

For the next twelve months, there wasn’t a single lead on a potential adoption. “We had almost resigned ourselves to the fact that God had answered our prayer, and that His answer was no, He would not send us another child,” Andrea recalled.

On March 25, 2003 a local lawyer who works as a liaison arranging adoptions handed Andrea a handmade card. “The card said something about our plans, how they get changed, and on the inside it said, “Introducing God’s New Plan.” There was a picture of a tiny baby inside. Well, sometimes I have blonde moments and this was one of them. I just did not comprehend what she was telling me. The card even had Jeremiah 29:11 written inside, which says, “For I know the plans I have for you,” says the Lord. “They are plans for good and not for disaster, to give you a future and a hope.”~ NLT. This was the verse that I had claimed when our first adoption fell through. Like I said, it was a blonde moment.
I looked at the picture of the baby and bubbled, “Well, that is a cute baby, whose is it?” She looked at me with tears in her eyes and said the words that forever changed my life, “He’s yours if you want him. His parents’ rights were terminated last night at midnight.” Mere words cannot adequately describe the feeling I had at that moment,” Andrea said.

Gabriel was a preemie whose mother was not local and was not supposed to deliver at a hospital close to the Nortons. Because she was preterm, when she went into delivery, she was sent to the closest hospital with a NICU, “…she was sent here,” Andrea recalled.

The new mother didn’t have a plan for her baby, but God did. “She could not provide a home for him, but God could. At that moment, this woman did probably the noblest thing she will ever do in her life; she gave her son to someone who could love him and take care of him the way he deserves,” said Norton. “She didn’t want DFACS to handle the adoption. So, she told the nurses that she wanted to contact a lawyer and arrange an adoption. The nurses brought her a list of local lawyers that arrange adoptions and she randomly picked the lawyer that had handled our adoption the year before,” Andrea said.

This time, the lawyer waited the ten days allotted by the state to make sure the mom would not change her mind. “She worried, prayed and waited; carrying the burden all alone so that we would not be hurt again if things didn’t work out,” Andrea said.
“So, after getting off from work that night, still dressed as a clown (part of her job), I went to the hospital to see my new baby boy. I didn’t hold him that night. I always said it was because I thought I might be coming down with something. The truth is, I think that I didn’t want Scribbles to hold my baby before I did,” Andrea said.
Andrea would hold her son for the first time on March 26th. Joey and Andrea wanted their son’s name to hold special meaning. They searched until they found Gabriel Nathaniel. Gabriel means messenger of God and Nathaniel means my strength is from the Lord.
Joey and Andrea Norton had been married for almost 19 years when they became parents for the second time. The couple has a natural-born son who was 11-years old when Gabriel came home on April 9, 2003.

“We starting suspecting something was not right when he was around nine months old,” the Cerebral Palsy diagnosis came nine months later when Gabriel was 18-months old.
Cerebral palsy is a broad diagnostic term used to describe a problem with movement and posture, due to damage or abnormalities in the brain that makes certain activities difficult. It is the most common motor disorder and the second-most common disability found in children.

Gabriel’s cerebral palsy is challenging at times, “accessibility is often an issue in restaurants, stores, and going to other people’s homes is almost impossible. We have become problem solvers. Having G has made me look at everything differently. It’s made me a much better person. He has such a sweet spirit. I don’t think he’s ever had a bad day in his life.” Gabriel is very positive, a lot of fun and very compassionate. He loves country music and watching football and basketball, and singing karaoke.

Some would say it was coincidence that March 25th is National CP Awareness Day. Others would say there was a bigger hand involved. The Norton’s have their answer and still simply call it …Gabriel’s Gotcha Day.