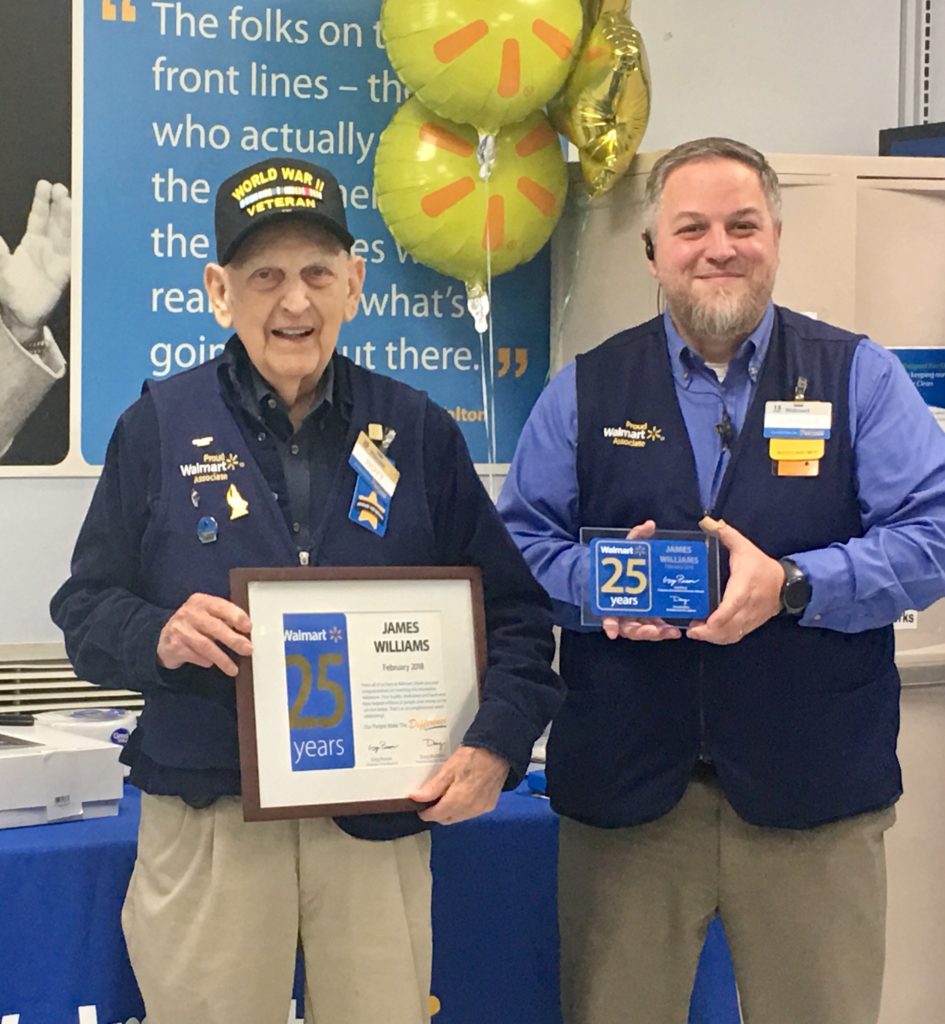 WalMart in Trion held an official pinning ceremony for Mr. James Hoyt Williams recognizing his 25 years of employment with a pin he will wear on his blue vest.

“It’s been a short 25,” Williams told the crowd gathered in the lounge in Walmart. 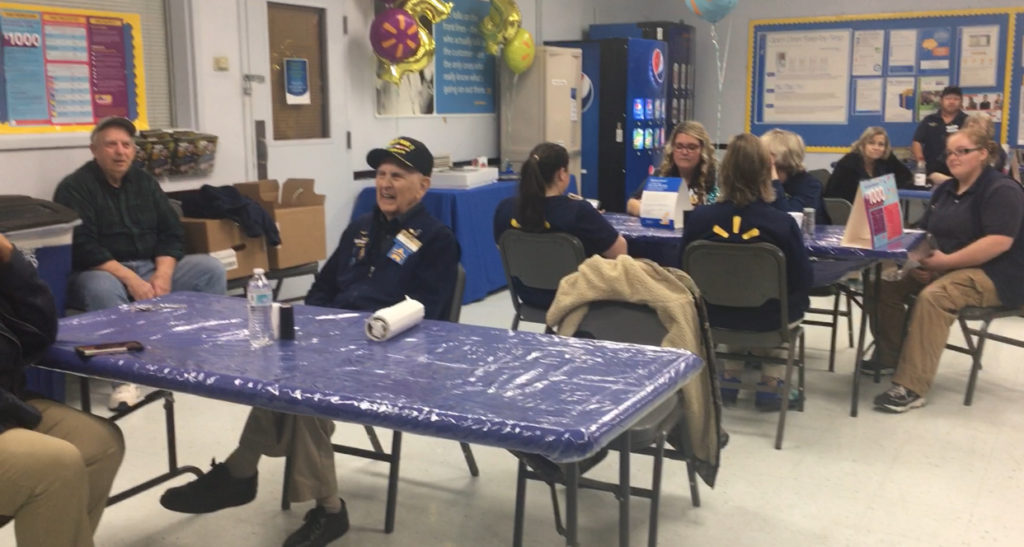 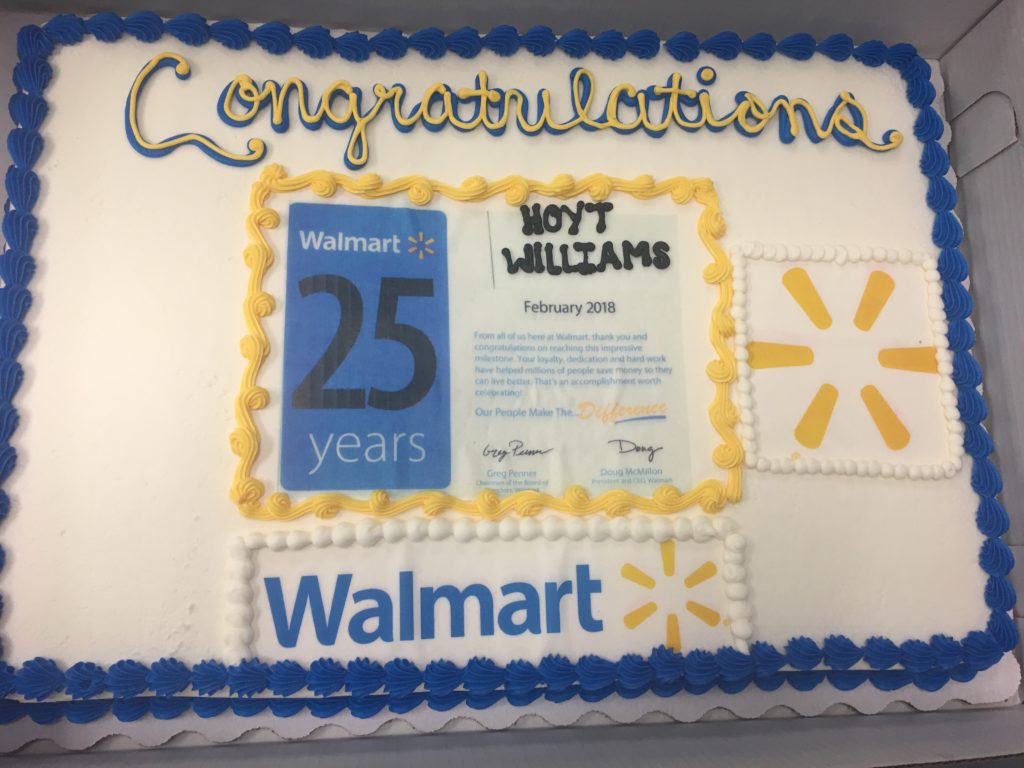 On February 12, 1993, at the young age of 69, Hoyt began working full-time at Wal-Mart. “Wal-Mart has been a great place to work,” Mr. Hoyt said. At age 94, Mr. Hoyt still works full-time as a greeter, cheerfully welcoming every shopper with the words we all look forward to hearing, “Hello Buddy,” usually accompanied with a hug. 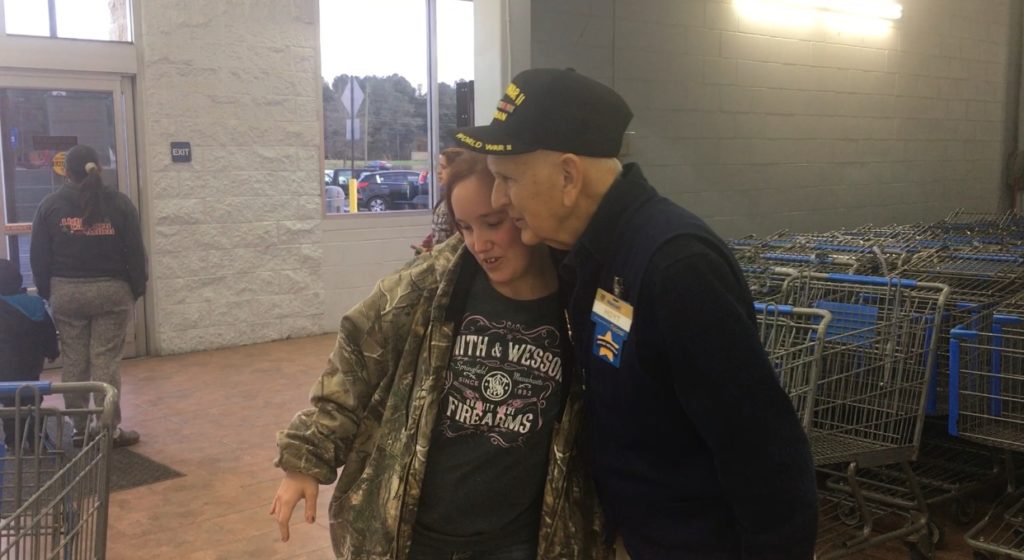 Janice Vann Stowe recalls interviewing Mr. Hoyt, “he asked if we hired folks as old as he was. I told him our employee age was to average between 45 and 50. He said he believed he might help raise that a bit.
Knowing all of Hoyt’s work experience running his own successful grocery business and serving his community as mayor and the love he had for people made me realize the opportunity we had to have Hoyt on our team.” Mr. Hoyt Williams has worked since he was able to work. While he doesn’t recall his exact age at the time he began his first job, he knows as soon as he was able to work he went to work as a paper route boy. From that point on he has always worked. After returning back to Trion after World War II he took over his father’s store. The original store, AF Williams and Sons was built in 1914 by his father.

Mr. Hoyt and ran supermarkets in Trion for the next forty years. After four decades in the supermarket business he did attempt to retire, but retirement proved to be boring, “I was tired of mowing the lawn… it was time for me go back to work, Wal-Mart said they could put me to work even though I was old and they did.”

Mr. Hoyt says the secret to living a long time is to work every day.

Mr. Hoyt also worked in the community by being a member of the original water board for the Chattooga County District, helping all of the Chattooga Citizens have access to water.

Mr. Hoyt is one of the few remaining World War II veterans from Chattooga County. He graduated Trion High School in 1942, and joined the Army to serve in World War II, arriving in Normandy D-Day+18.

Mr. Hoyt served as an Army engineer in both the European and Pacific Campaigns of World War II, serving in both campaigns is rare. Sgt. Hoyt Williams was awarded the Asiatic Pacific Service Medal and the European African Middle Eastern Service Medal with one White Star for his service in WWII. 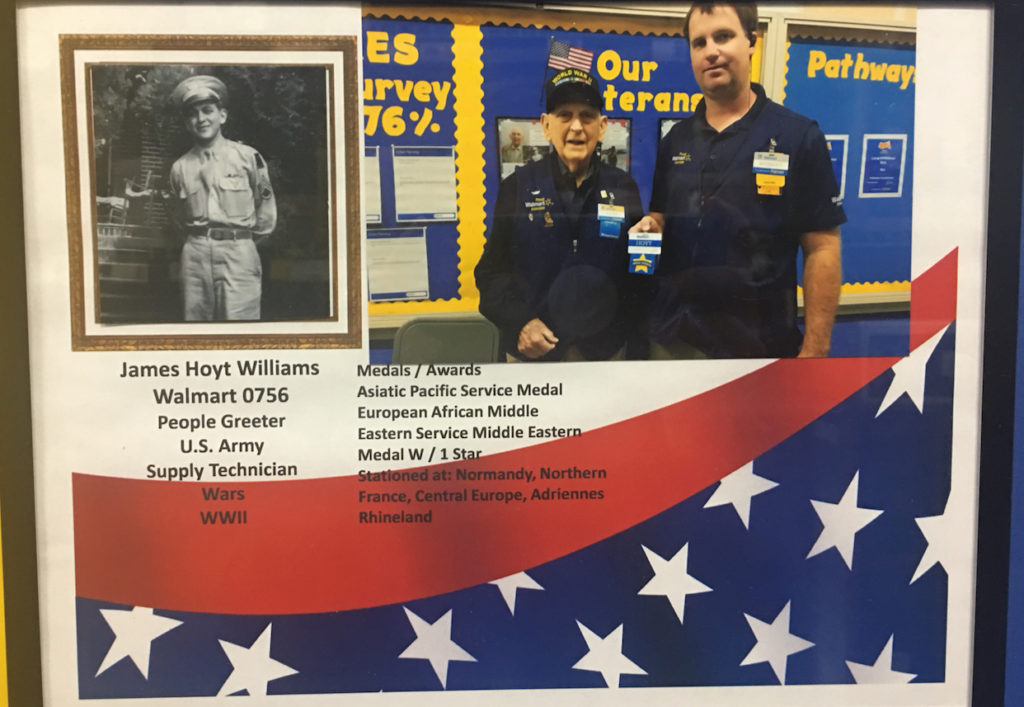 Despite half a century of time to soften the pain, when Mr. Hoyt talks about the Nazis, the passion and emotion are as raw as the days he experienced them. He fought through France, Belgium and finished his European mission in Germany. Mr. Hoyt spent Christmas of 1944 in the Ardennes forest at the Battle of the Bulge, the last major German offensive campaign of the war. The remainder of the War Mr. Hoyt was stationed in the Philippines, where he remained until Japan surrendered. Sgt. Williams arrived back in the United States on October 3, 1945. 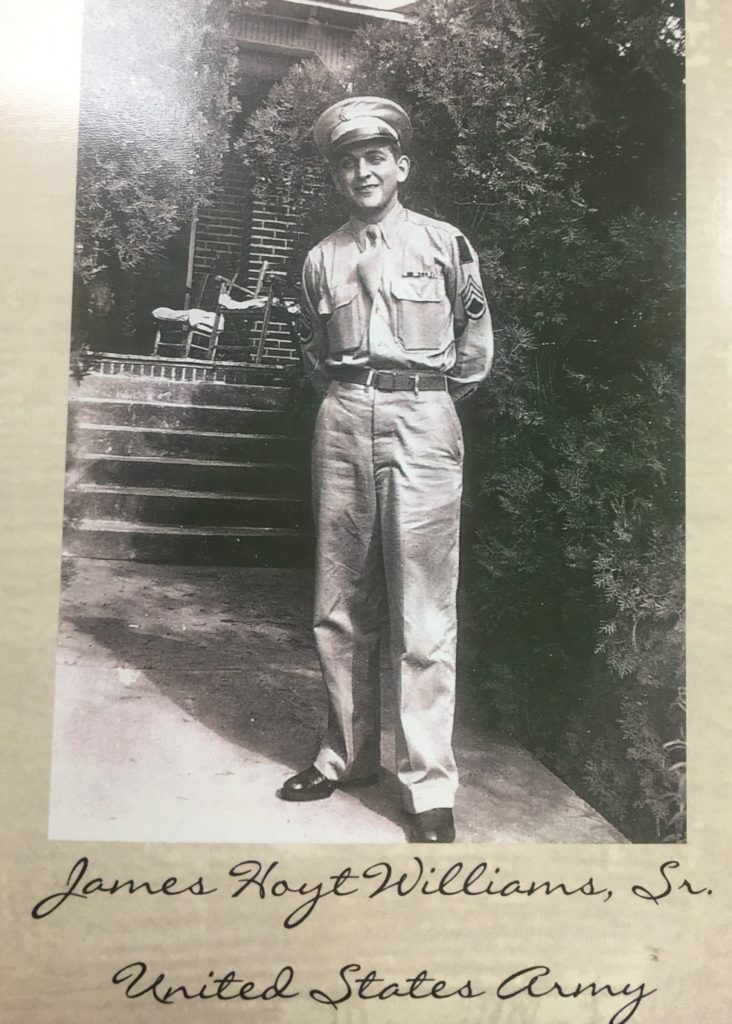 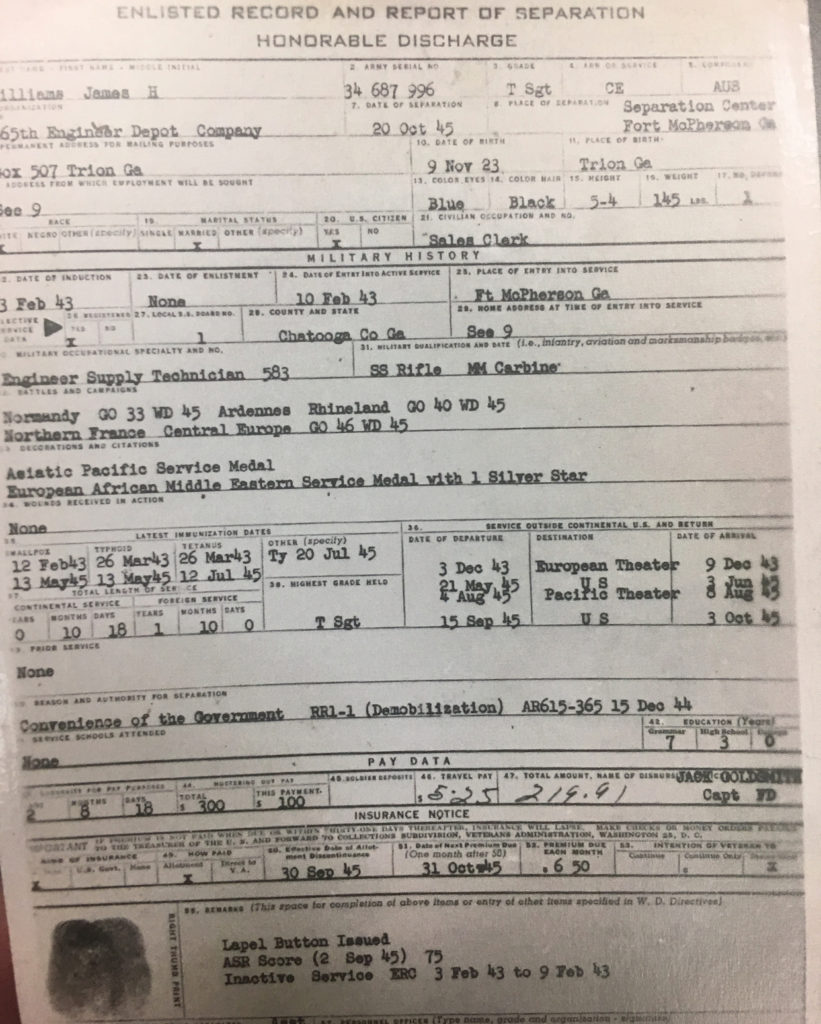 And all these years later he still serves the people of this County by greeting each of us with words that instantly bring a smile, “Hello Buddy”.

“His work ethics, customer service and respect for customers and coworkers is an example to others that can’t be taught.
He is an example of good business ethics. A mentor to us all. And then there is that kind smile and always a kind word. He treats everyone with respect. Quality work in whatever he is asked to do just came natural,” said Stowe who hired Mr. Hoyt for Walmart in 1993.