The City of Summerville has topped an annual rankings list for being one of the safest cities in the Peach State.

The 5th annual ‘Safest Cities Report’ from Safewise was recently released, detailing the 50 safest cities in Georgia. The 2019 report added 11 new cities to Georgia’s safest this year, highlighting that 78% of last year’s cities once again made the cut. 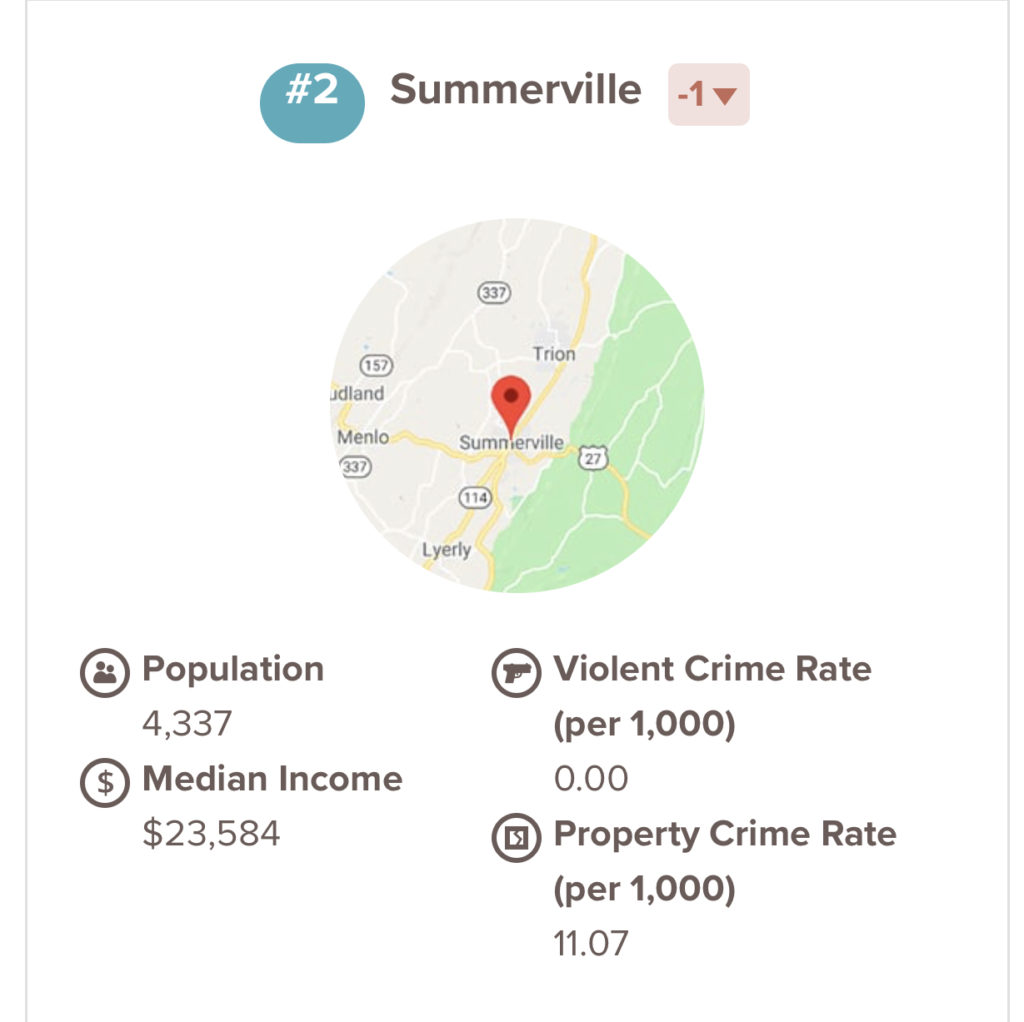 Coming in at No. 2 was Chattooga County’s City of Summerville, GA – which moved down one spot from last year’s ranking of #1.