Local Students Pray Together For ‘See You At The Pole’ Day

On Wednesday, September 25th at 7 a.m. students around the globe including here in Chattooga County gathered for prayer around their schools’ flagpoles to pray for their schools. 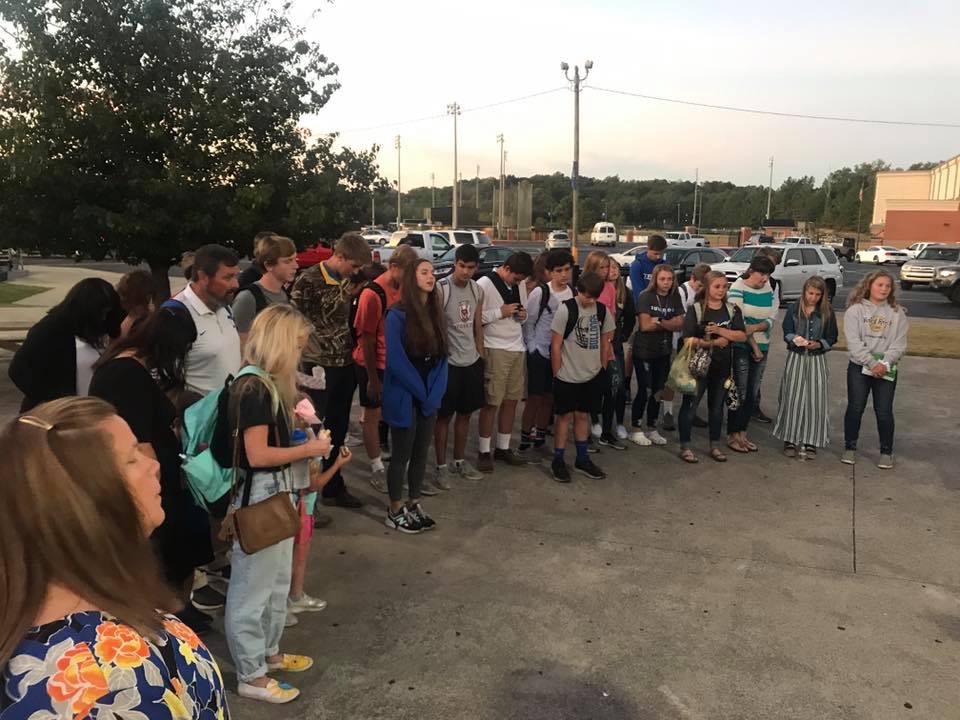 On Wednesday, September 25th at 7 a.m. students around the globe including here in Chattooga County gathered for prayer around their schools’ flagpoles to pray for their schools.

See You at the Pole is part of the Global Week of Student Prayer observed September 22nd – 28th.

See you at the pole is about one simple thing—STUDENTS in PRAYER.
Trion City Schools and Chattooga County School participated in See You at the Pole. 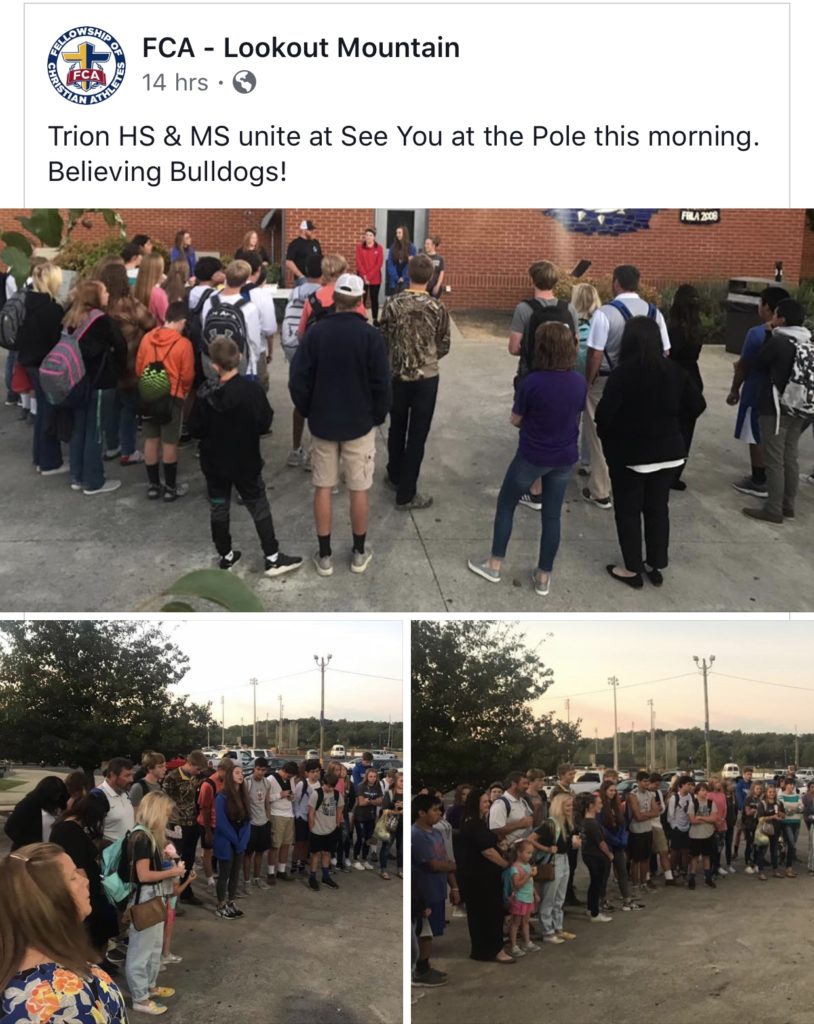 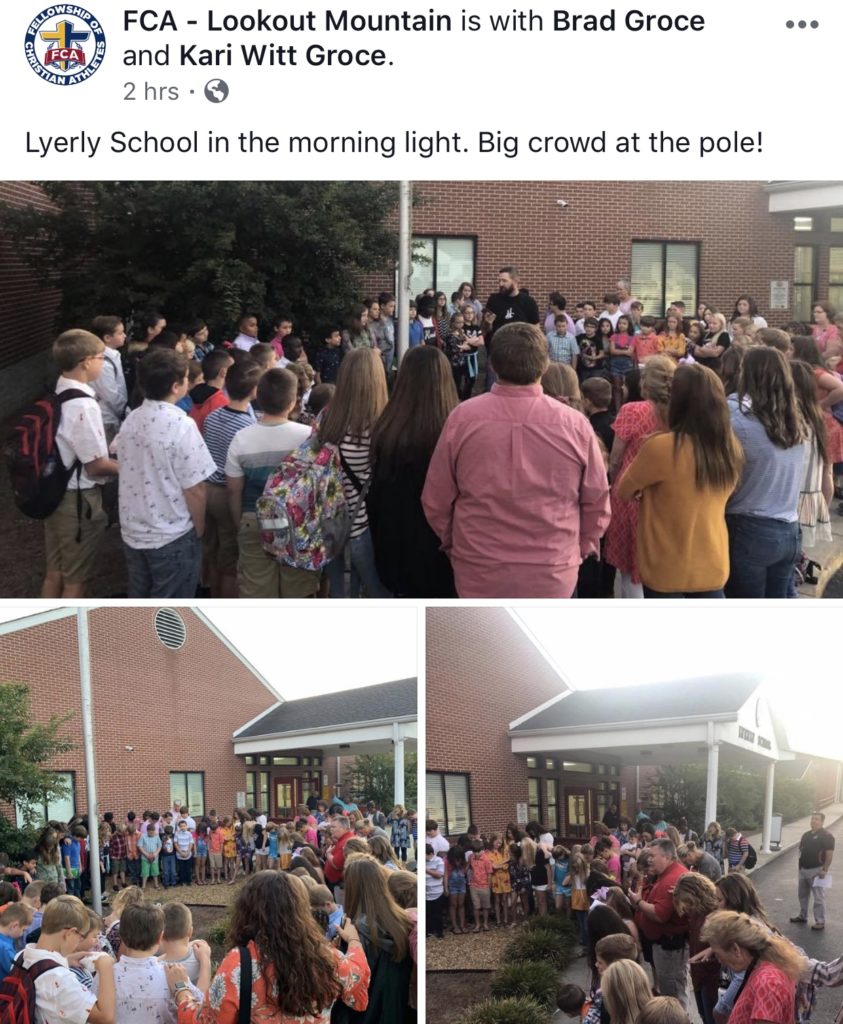 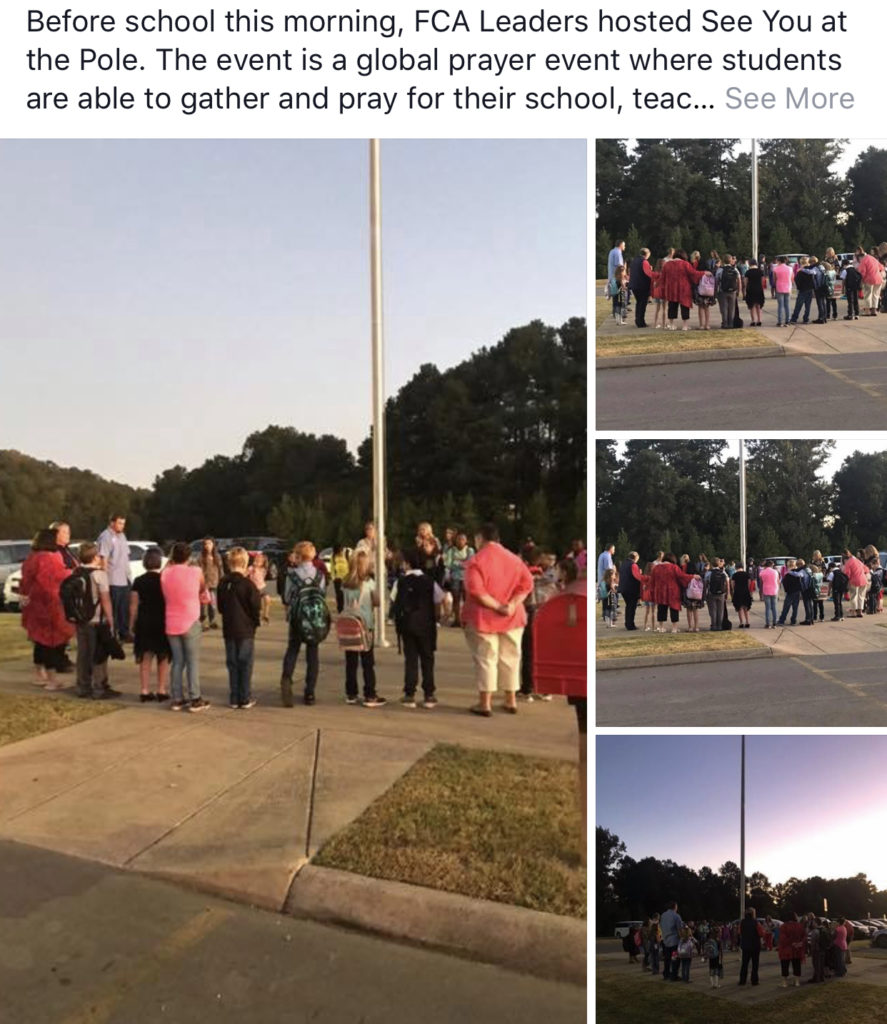 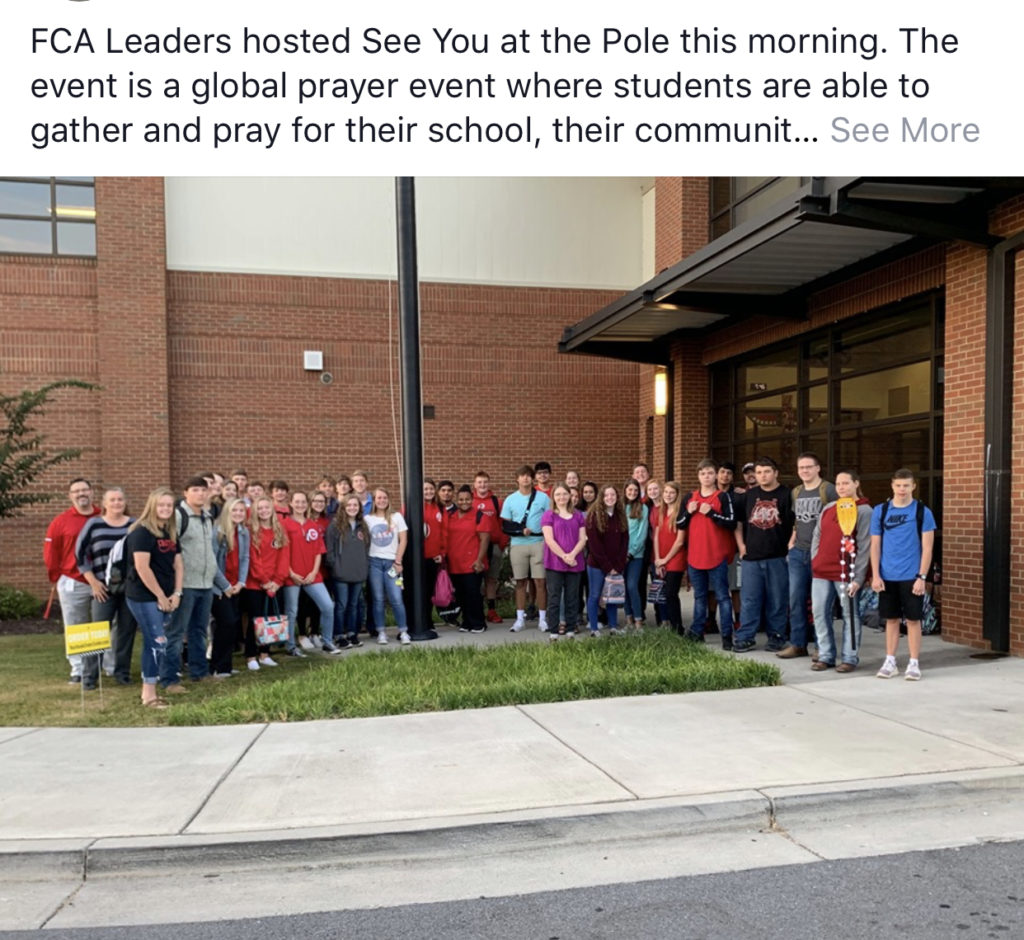 The See You at the Pole Story

A small group of teenagers in Burleson, Texas, came together for a DiscipleNow weekend in early 1990. They came seeking God and little did they know how powerfully He was about to move. On Saturday night their hearts were penetrated like never before, when they became broken before God and burdened for their friends. Compelled to pray, they drove to three different schools that night. Not knowing exactly what to do, they went to the school flagpoles and prayed for their friends, schools, and leaders. Those students had no idea how God would use their obedience.

God used what He did among those teenagers and others who were holding similar prayer meetings at their schools to birth a vision in the hearts of youth leaders across Texas. The vision was that students throughout Texas would follow these examples and meet at their school flagpoles to pray simultaneously. The challenge was namedSee You at the Pole™ at a brainstorming session during a meeting of key youth leaders. The vision was shared with 20,000 students in June 1990 at Reunion Arena in Dallas, Texas.

Only God had envisioned how many students would step up to the challenge. At 7:00 a.m. on September 12, 1990, more than 45,000 teenagers met at school flagpoles in four different states to pray before the start of school. Reports came into toll-free number for days after the first event.

A few months later, a group of youth ministers from all over the country gathered together for a national conference in Colorado. Many of them reported that their students had heard about the prayer movement in Texas and were equally burdened for their schools. No other events had been planned, but it was clear that students across the country would be creating their own national day of student prayer. There was no stopping them.

On September 11, 1991, at 7:00 a.m., an estimated one million students gathered at school flagpoles all over the country. From Boston, Massachusetts, to Los Angeles, California, from North Dakota to the tip of Texas, students came together to pray. Some sang, some read Scripture, but most importantly, they prayed. Like those first students, they prayed for their schools, for their friends, for their leaders, and for their country.

As in all great movements of prayer, See You at the Pole™ did not begin in the hearts of people. It began in the heart of God. God used the obedience of a small group of teenagers to ignite what has become an international movement of prayer among young people.

Since 1991, See You at the Pole™ has grown to God-sized proportions. Within the first few years, the movement began to spread to other nations through missionaries from the U.S. Now each year, an estimated 1 million students from all the world participate in See You at the Pole™. Students in more than 64 countries have participated. In places like Canada, Korea, Japan, Turkey, and the Ivory Coast, students are responding to God and taking seriously the challenge to pray.

God is continuing to call His people to repentance and prayer. Countless inspiring testimonies of how He has used See You at the Pole™ to bring students to Christ and to change lives affirm God’s power to answer those who cry out to Him in humble dependence. Bible clubs, weekly prayer meetings, and other ministries have begun on campuses where students participated in See You at the Pole™.