Rising Trion Senior, Jaxsun Kellett has already made an important decision regarding his future by enlisting in the United States Army. “Joining the Army was an easy decision. The pros heavily outweigh the cons by a mile,” said Kellett. 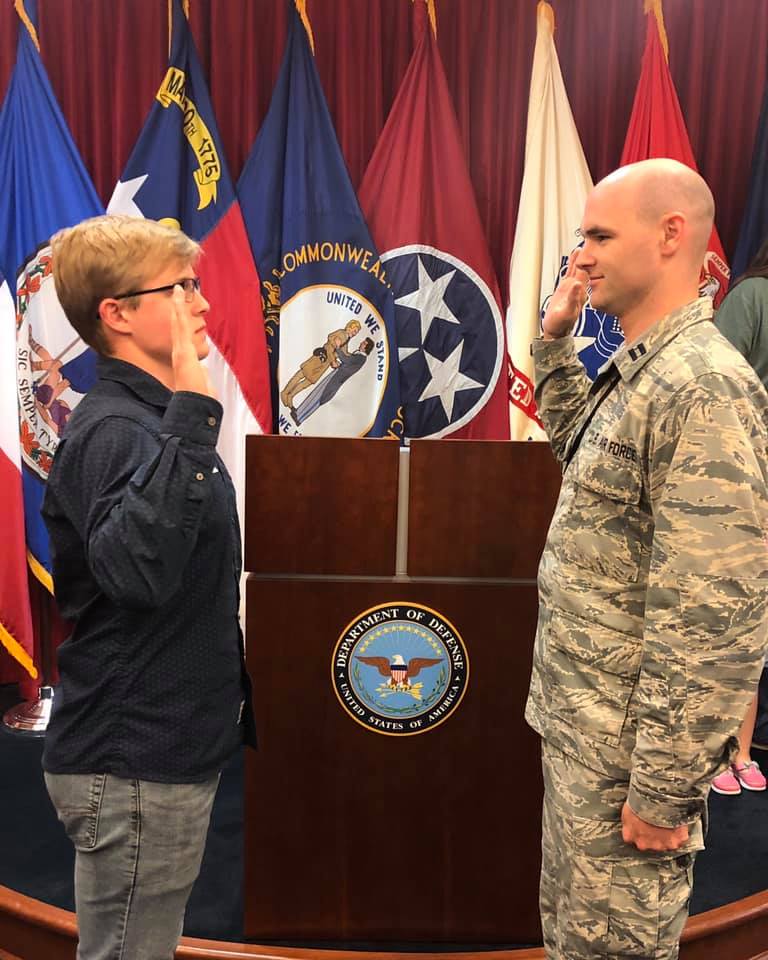 From the Blue and White to the Black and Gold

Rising Trion Senior, Jaxsun Kellett has already made an important decision regarding his future by enlisting in the United States Army. “Joining the Army was an easy decision. The pros heavily outweigh the cons by a mile,” said Kellett.

Kellett went on to explain that his family has a rich heritage in the armed forces. “My father’s dad, John Kellett, served for 20 years in active duty in the Army where he met his wife Mi Kellett. My uncle, Peter Kellett, is a JAG officer in the Air Force,” said Jaxsun.

“My goal is to become an LPN and continue to rise and achieve a DPN, a doctorate of practicing nurses. I chose this because all my life I have been dealt good hands… I wanted a job that allowed me to give back in many ways and do something that is bigger than myself. That is the reason I became a nurse,” said Kellett.

Kellett’s Army recruiter is Sfc. Christopher Wyatt. Wyatt had this to say about Kellett: “He chose probably one of the top three jobs in the army. I had to call headquarters to get that job unlocked for him. It’s a 68C Practical Nursing Specialist. His training will be 52 weeks long. During one of the phases, he will work in New York, Chicago or a place that treats a lot of trauma patients.” Wyatt asked Kellett about his reasons for pursuing such a difficult military pathway and he simply replied, “I want to help fix hurt people”.  Wyatt was more than impressed. “That takes a lot to say that for real.”

Doing What Others Won’t, to Become All That He Can Be

In just his first three years of high school, Kellett has amassed 34 college credits from Dalton State College and is currently enrolled at Georgia Highlands with two more semesters of high school remaining. Kellett juggles responsibilities like a grown man, currently working second shift at Roper, where he averages 30 hours per week while takes college classes year round. This focus and self-discipline place Kellett far beyond his contemporaries.

“Jaxsun is brilliant he and his family came to meet me after work hours one night. He knew exactly what he wanted. He’s about education and experience,” Sfc. Wyatt said.