Mr. Hoyt Williams will turn 95, and his family wants you to drop by his party to wish him a Happy Birthday. 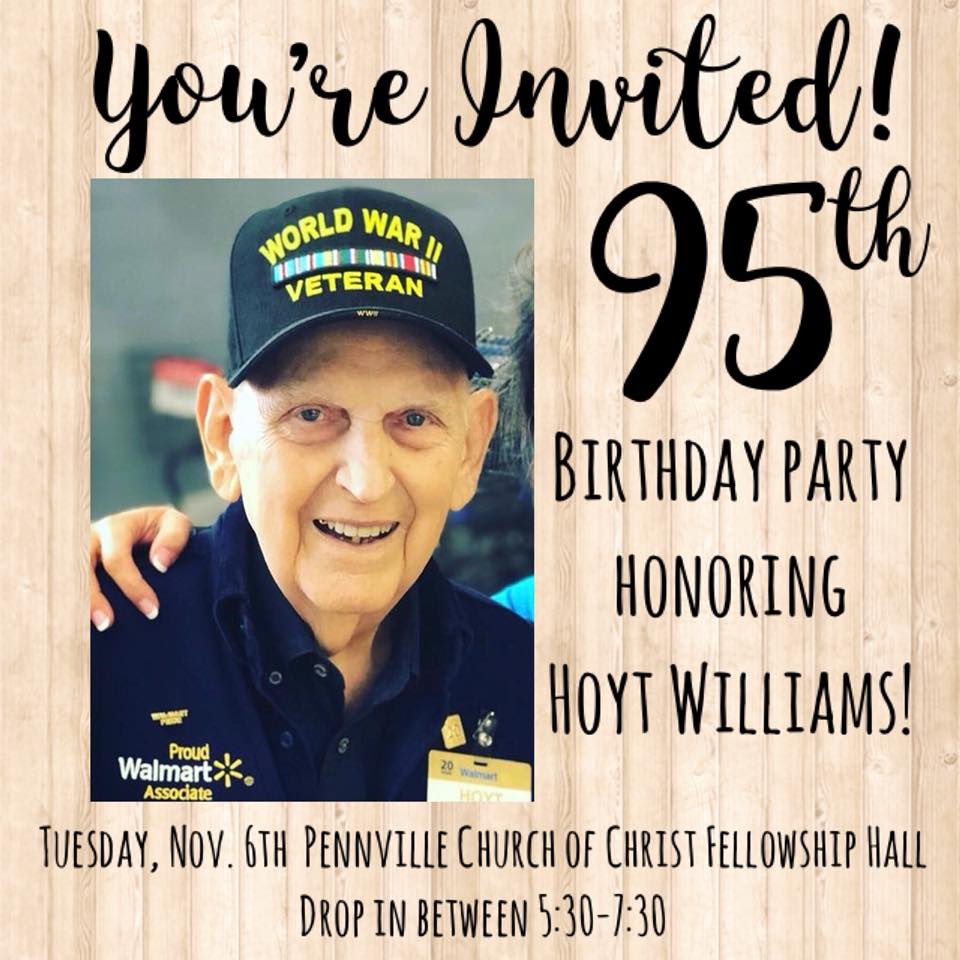 Mr. Hoyt Williams will turn 95, and his family wants you to drop by his party to wish him a Happy Birthday. Mr. Hoyt is easily the most popular person in Chattooga County. He has worked for twenty five years as a greeter at Wal-Mart, flashing his sincere smile, greeting each of us with his cheerful “hey buddy”.

Mr. Hoyt’s birthday bash is planned for Tuesday, November 6 from 5:30 PM – 7:30 PM at the Pennville Church of Christ located at 76 Greeson St in Summerville, Georgia.

The family has created a Facebook event page for the party: 95th birthday party for Hoyt Williams!

Hoyt Williams was born on November 9, 1923 in Trion, Georgia. He graduated Trion High School in 1942, and joined the Army to serve in WWII.

Mr. Hoyt also continued his service to the community by being a member of the original water board for the Chattooga County District.

Mr. Hoyt Williams will tell you the secret to living a long time is to work every day. While he doesn’t recall his exact age at the time he began his first job, he knows as soon as he was able to work he went to work as a paper route boy. After running a supermarket for 40 years attempted retirement, but that proved to be boring, “I was tired of mowing the lawn… it was time for me go back to work, Wal-Mart said they could put me to work even though I was old and they did,” Williams said.