Bobby Lee Cook was featured as one of five legendary Georgia Attorneys who have practiced law for half a century featured in the magazine Super Lawyer. 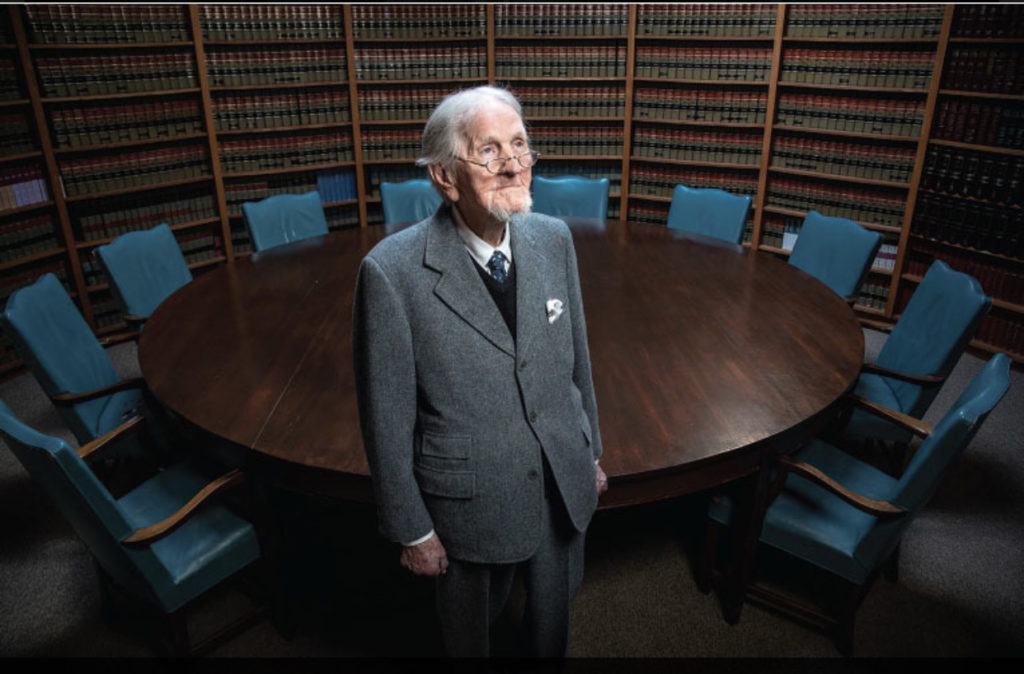 Local iconic attorney, Bobby Lee Cook was featured as one of five legendary Georgia Attorneys who have practiced law for half a century featured in the magazine, Super Lawyer.

In the article titled, A Long Way from the Mole Hole in Super Lawyers magazine, Mr. Cook was asked to discuss the following topics.

Cook: World War II interrupted college- I was a split major in chemistry and Greek classics-and after the war ended, I decided I had to find something to do. It’s not very romantic, but I felt the practice would be a fascinating profession, and it has served me well.

Cook said of starting out: I wanted to practice law in a way where I could go to court and try cases. I found out, to my surprise, that I was in the minority. Most trail lawyers don’t try cases. To me, it’s what the law practice is all about; it’s where the action lies. For the fist 10 or 15 years of my practice, I tried many civil cases. I tried 15 or 16 murder cases in the first 10 years of my practice.

Cook said about civil law: For the first 40 years of my law practice, it was more hospitable. We were much nicer to each other than we are today. If a lawyer called me and said, “I received your complaint in the Jones case and I need 30 more days within which to file. Would you agree to that?” I would say “no problem.” You would not take an order of the court, you would not put anything in writing. It was simply a word-of-mouth proposition.

Cook said about uncivil law: When I started practicing in the state, civil rights was on a virtual holiday. There were no African-Americans on the jury. Women could not serve on the jury until 1954. There was no real Fourth, Fifth or Sixth Amendment rights, as those amendments to the Constitution had not yet been incorporated into the Bill of Rights by virtue of the due process clause. So it was a really bad time. You’d walk into a courthouse in Georgia or Alabama or Tennessee or Mississippi and you would see two drinking fountains, one for “colored,” one for “whites.” African-Americans could not sit in a major courtroom, there were usually balconies where they sat.

On retirement, Cook: I’ve done nothing but practice for almost 70 years and although I have lots of hobbies-I’m a boater, a yachtsman-I would be miserable if I were not practicing law. I still enjoy trying cases. I tried two or three major cases last year.

Cook’s tenacity and skill as a litigator made him a renowned attorney. His southern charm, style and wit made him a folk legend. As you can tell from his interview, his charisma hasn’t waned in his ninth decade.