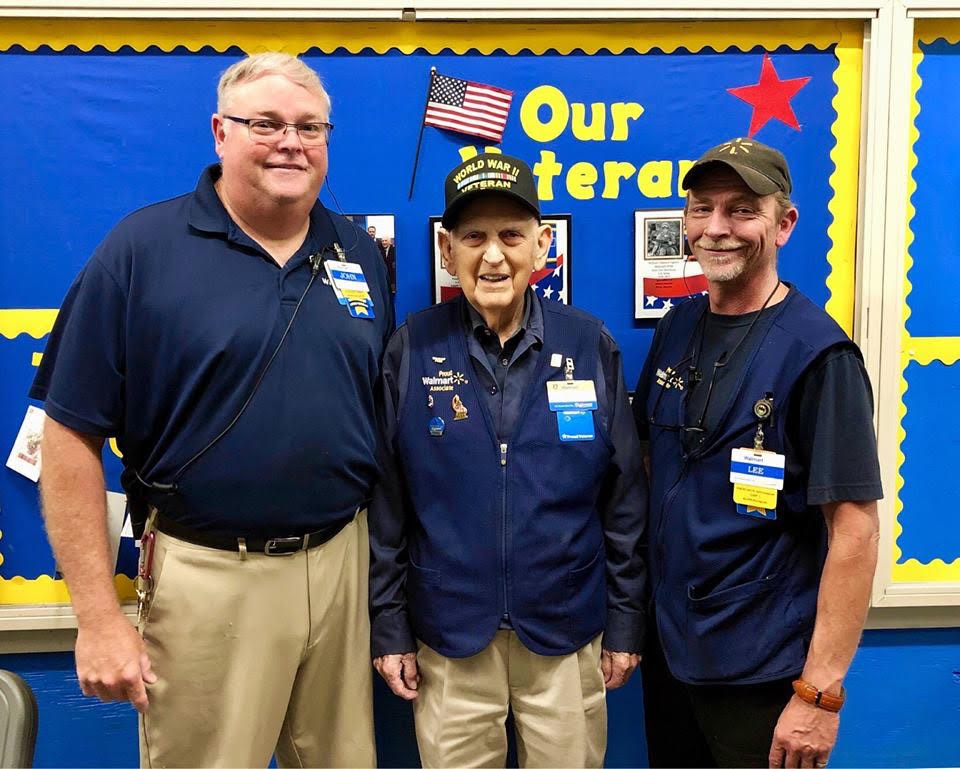 In honor of Armed Forces Day, WalMart in Trion recognized the veterans on their staff, “John D., Mr. Hoyt and Lee F.   *not pictured Edward I. and Efrain H.”
Armed Forces Day is celebrated on the third Saturday in May. Thanks to President Harry S. Truman, it’s a day to pay special tribute to the men and women of the Armed Forces. President Truman led the effort to establish a holiday in order for citizens to unite and to honor our military heroes for their patriotic service in support of the United States of America.