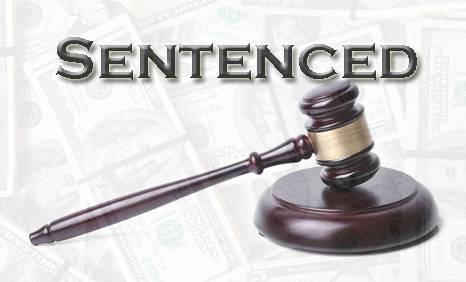 Juan Cain Valencia-Ramirez has been sentenced for conspiring to distribute large quantities of methamphetamine and to launder drug money.

“This defendant was responsible for importing, processing and distributing hundreds of kilograms of methamphetamine in the metro-Atlanta and Northwest Georgia areas,” said U.S. Attorney Ryan K. Buchanan. “His long history of methamphetamine dealing and eluding arrest has ended thanks to the coordinated efforts of DEA and other federal and local law enforcement partners.”

“No matter how sophisticated the techniques get for smuggling drugs, the DEA and its law enforcement partners remain a step ahead of criminals and will deny them the opportunity to destroy communities with their insidious drugs,” said Robert J. Murphy, the Special Agent in Charge of the DEA Atlanta Field Division. “This investigation was a success as it dismantled a once-thriving meth ring in North Georgia.”

According to U.S. Attorney Buchanan, the charges and other information presented in court: In April 2018, Juan Cain Valencia-Ramirez operated a methamphetamine processing and distribution cell in Rome, Georgia. Valencia-Ramirez processed liquid methamphetamine imported in vehicle gas tanks from Mexico and coordinated the distribution of the drugs in metro-Atlanta and Northwest Georgia. He also directed associates to deposit thousands of dollars in drug money that he funneled through bank accounts.

Valencia-Ramirez had remained an elusive law enforcement target because he frequently changed phones and relied on associates to complete drug deals. But federal investigators successfully tracked Valencia-Ramirez’s phone to his residence in Rome following an undercover methamphetamine purchase during which DEA agents recorded a phone call with him.

Undercover agents again recorded a phone call with Valencia-Ramirez during an attempted methamphetamine purchase in September 2018. In October 2018, DEA agents, the Dalton Police Department, and the Rome/Floyd Metro Task Force searched Valencia-Ramirez’s stash house located in a wooded area outside Rome. During the search, investigators recovered approximately 176 kilograms of crystal methamphetamine (worth more than $1.1 million at 2018 prices), evidence of a methamphetamine processing lab, and several firearms. The drugs were buried in caches of camouflaged ice chests and plastic bins concealed in the woods around the property.

The following co-defendants pleaded guilty, including several who have been sentenced:

This case was investigated by the Drug Enforcement Administration, with assistance provided by IRS Criminal Investigations, the Dalton Police Department, and the Rome/Floyd Metro Task Force.