The Rally will be Pro Trump and will jump start the State of Georgia to elect and re-elect Republicans in 2020. Voter registration will be available. 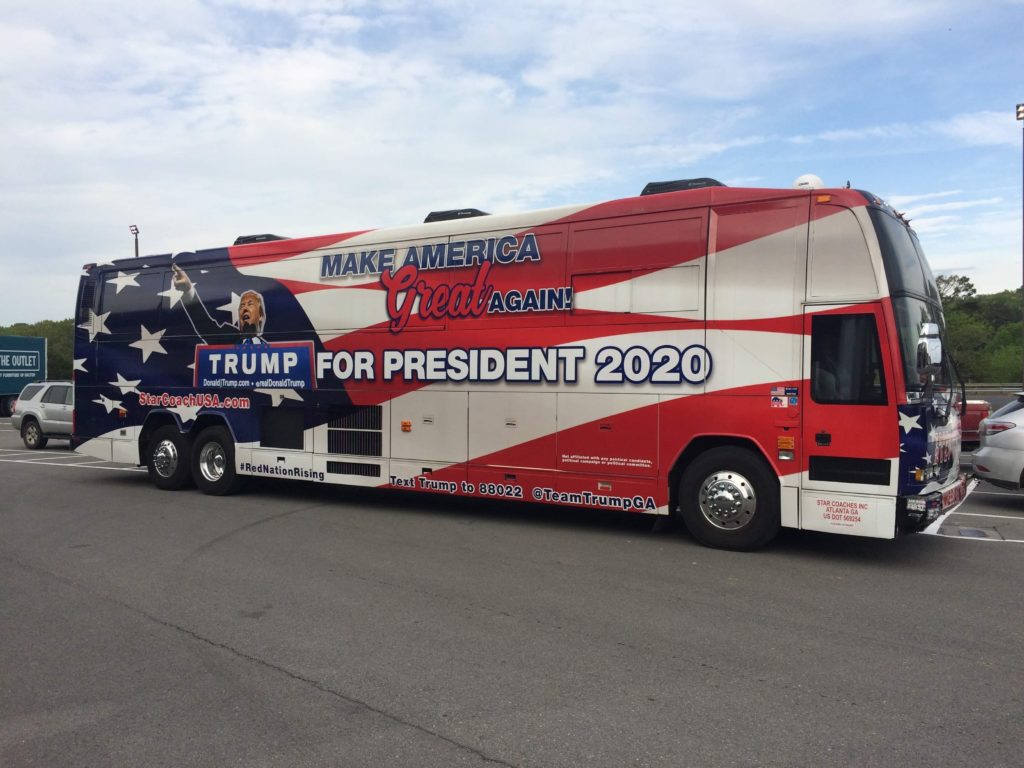 Republicans from around Northwest Georgia will gather on Saturday at the Tillman Hangar Rally.

The Tillman Hangar Rally is an annual event hosted by the Floyd County Republican Party. It is an event that brings fellow Republicans and conservatives from the surrounding Counties and from across the State of Georgia to be encouraged and to encourage each other to promote conservative values and to work hard to help elected Republicans to public office.

The rally is held in the Tillman Hangar at the Russell Regional Airport, Rome, GA.

The Tillman Hanger Rally is the largest annual Republican rally in North Georgia. The rally will feature speakers from local, State, and Federal governments. The Trump Bus, Bikers for Trump, Women for Trump, Veterans for Trump, and other conservative organizations will be present to share information about their groups.

The Rally will be Pro Trump and will jump start the State of Georgia to elect and re-elect Republicans in 2020. Voter registration will be available.

Joshua Macias, National Chairman of the Veterans for Trump Coalition

Dr. Tony Daniel, Chairman of the Floyd County Board of Education

Michael Altman, National Chairman and Founder of the Presidents Team to the speaker list please.

“It is looking very possible that Senator David Perdue and Congressman Barry Loudermilk will also speak, but it’s not confirmed at this time,” Mickey Tuck said.