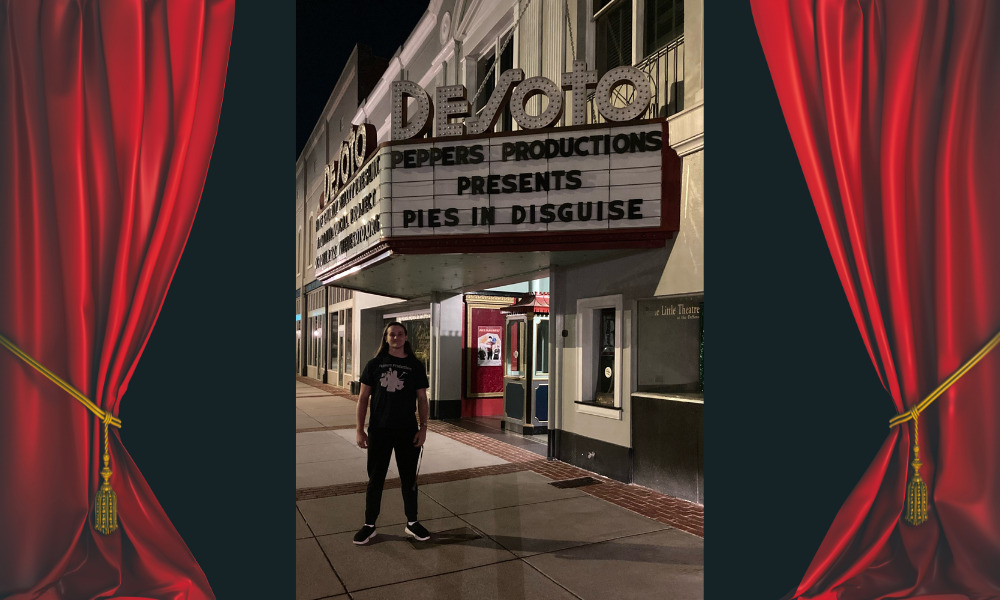 Stephen Peppers likes two things, well three if you count Dr. Pepper, he likes Batman and making movies, but above all, he is a follower of Jesus Christ. In fact, it was his love of Batman and faith that began his movie making career as a young kid.

Peppers wasn’t allowed to watch Batman movies when he was growing up because of the violence and language, so he decided to make his own Batman movies, and thus began his love of filmmaking.

Peppers is now a senior at Chattooga High School, and is projected to graduate in May 2023 as Valedictorian, and has recently completed his third movie, Pies in Disguise. Pies in Disguise will premiere at the Historic DeSoto Theatre located in Rome, GA on Saturday, September 24 at 6 p.m. 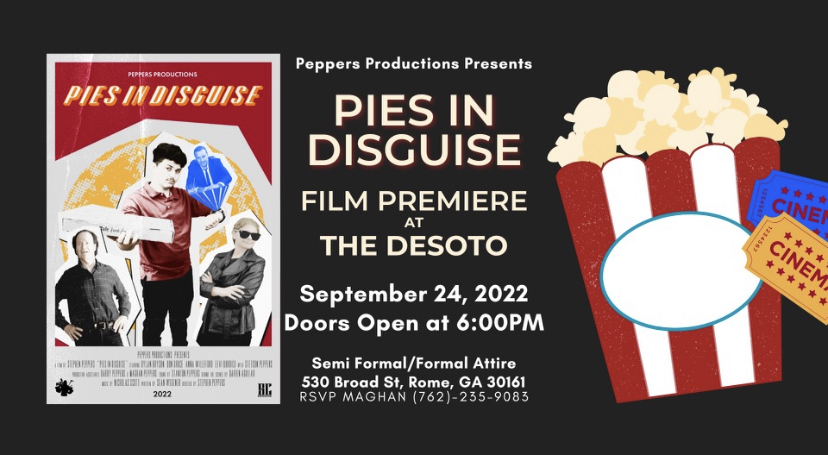 “I’m very excited for the premiere of Pies in Disguise,” Peppers said.  “One of the most rewarding experiences of the filmmaking process is being able to watch your movie with an audience. Getting feedback from the audience, through both their response during the movie and after the movie, helps me as a filmmaker to keep the things that did work and to improve on the things that didn’t work. I’m also extremely thankful for David and Kristy Parker for helping me premiere the film at the historic DeSoto theater in downtown Rome.”

Pies in Disguise is the story of Secret Agent, Jack Ferron, a top agent for the National Association of Spies and Assassins (NASA), who is about to face his most challenging mission, pizza delivery. Newly promoted to the Secret Pizza Division, Jack Will have to overcome a grievous error in this mission.

Peppers is the director, cinematographer, and editor of Pies in Disguise. 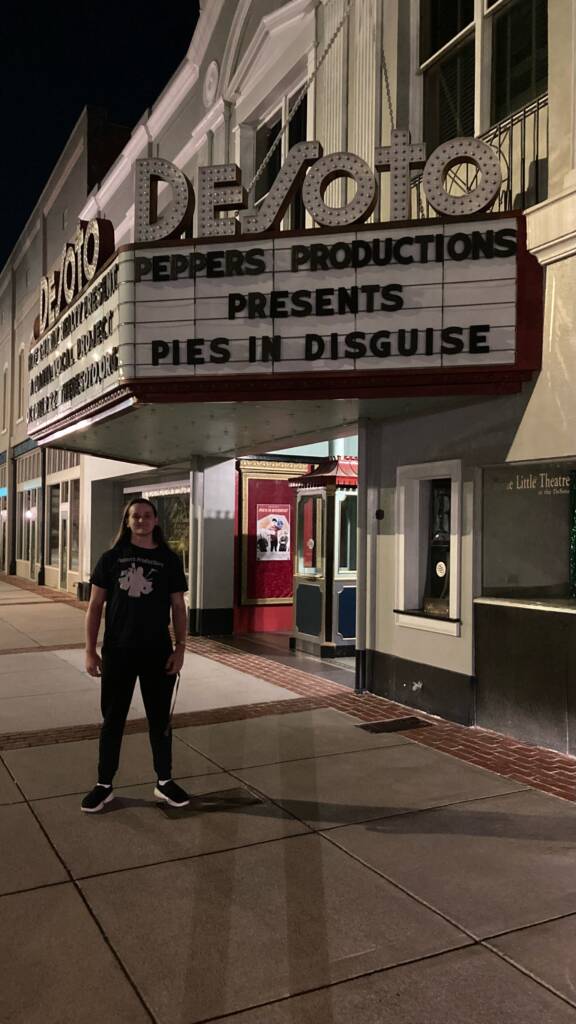 “All great directors have a vision for how they want their film to look like on-screen months before cameras begin rolling,” Peppers said.  “As a director, I worked closely with the writer of the film (Sean Wegener) to create a script that we both enjoyed. I assembled a talented group of people to be my cast and crew for the film. I worked with my cast to get their performances as close to my vision for the film as possible. I worked with my crew to ensure that everything was being shot well and on schedule. I worked closely with my composer to create the score for the film. And as the editor, I took all of the elements recorded on set and pieced them together to create the finished product.”

Peppers plans to continue his work full time as a videographer and continue to create short and feature films after high school, “I love working in the film industry and it’s incredible that Georgia has a lot of opportunities to work on film sets.”

Georgia’s film industry has become a multi-billion dollar enterprise, and a Summerville kid who started making Batman movies is hoping to strike it big enough to one day own the Batmobile, but money and fame is not why Peppers makes movies, “but mostly I want to be a filmmaker because I believe it is a talent that God has given to me so I can share the Gospel through movies.”

Stephen is the owner of Peppers Productions which is his personal video production company. He is available for hire to film weddings, create sports highlight reels, film promotional videos and more.

While we all await the premiere of Pies in Disguise, enjoy Stephen’s first two movies below and a spotlight interview.