After more than 25 years of wrongful imprisonment, Lee Clark will get to celebrate Christmas with his family this year outside of prison walls- something he has never been able to do as an adult! 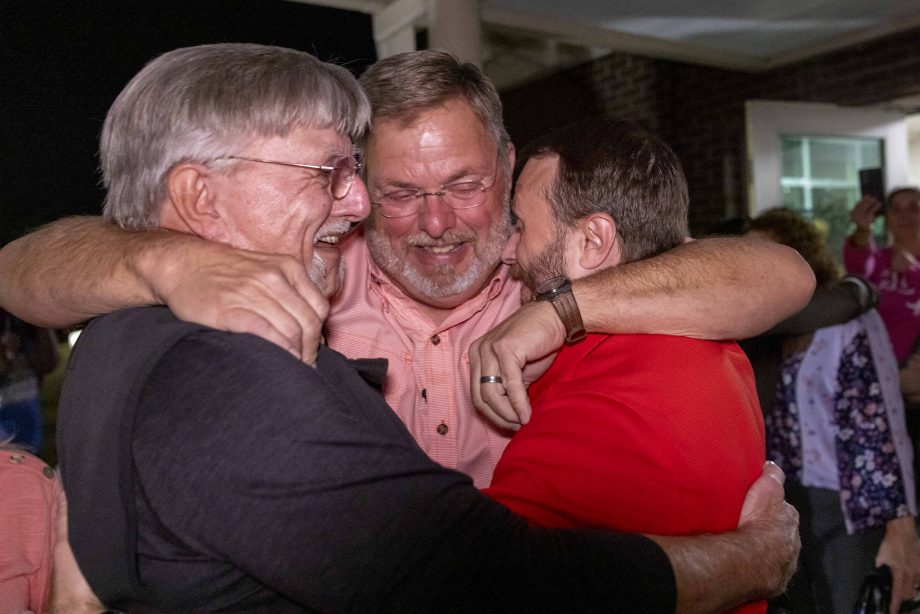 On Thursday night, Darrell Lee Clark walked out of the Floyd County Jail and into the arms of family in time to celebrate his first Christmas as a free man in more than two decades. His release came just moments after a hearing on his extraordinary motion for a new trial based on newly discovered evidence. The Rome Judicial Circuit District Attorney’s Office agreed that Clark’s conviction should be overturned and quickly dismissed all underlying charges against Clark, officially exonerating him of the 1996 shooting death of his friend.

“You never think something like that is going to happen to you,” said Lee Clark, who was arrested when he was just 17 years old. “Never would I have thought I would spend more than half my life in prison, especially for something I didn’t do. I’m just glad the truth finally came to light after 25 years. I’m so thankful for the Georgia Innocence Project and Proof Podcast for what they did. Without them, I would still be in prison.”

Clark is currently represented by two lawyers from the nonprofit Georgia Innocence Project (GIP), Senior Attorney Christina Cribbs and Accountability Counsel Meagan Hurley. GIP took on Clark’s case in 2021. “We are elated to see Lee and his family finally obtain the justice that is so long overdue. This would not have been possible without the Bowling family’s support and a district attorney’s office that was willing to take an objective, new look at an old case,” said Cribbs. “The Bowling family suffered a great loss when Brian died. Their strength, open minds, willingness to question information that has been presented as ‘fact,’ and quest for the truth is inspiring.”

Clark’s exoneration followed filings by his attorneys largely predicated upon new evidence of police misconduct during law enforcement’s initial investigation into the case, including threats made to a main witness and other witness manipulation.

“Official misconduct was certainly a contributing factor in Lee’s case, just as it has been in over 50% of wrongful conviction cases. What we should take away from this is that unfettered power, without proper checks and balances, leaves ripe the opportunity for mistakes and misconduct. Proper oversight, coupled with educational initiatives designed to prevent and correct wrongful convictions, is key,” said Hurley. “Prosecutors have a duty to see that justice is done in their cases, and that must include a commitment to principles of integrity, equity, and accountability. It is imperative that they are willing to take corrective action when they see injustice, including when the injustice is perpetrated by police.”

Bowling’s Death and the Initial Investigation

In 1996, 15-year-old Brian Bowling died from a gunshot wound to the head sustained in his own bedroom. When the shot rang out, Bowling was on the phone with his girlfriend. Just moments before, Bowling had told her that he was playing Russian Roulette with a gun brought over by his best friend, 17-year-old Cain Joshua Storey (Clark’s co-defendant), who was present in the room when the shooting occurred.

Police first believed Storey’s account of the shooting–that it was accidental–however, they still determined that a manslaughter charge against Storey was warranted. Despite the circumstances, which strongly indicated that Bowling tragically and accidentally shot himself in the head, police later began investigating the death as a homicide months after the shooting occurred, at the urging of Bowling’s distraught family.

As part of that investigation, police interviewed a woman who lived near the Bowling’s home. She told police that she had hosted a party months after the shooting death of Bowling and that it was attended by both Clark and Storey. At the party, she alleged the teenagers explained how they had planned the murder of Bowling because he knew too much about a prior theft that Storey and Clark had committed.

Days after speaking with the party hostess, police upgraded Storey’s charge from manslaughter to murder and also connected Clark to the case for the first time, arresting him as a co-conspirator despite the fact that he had a corroborated alibi. In an attempt to strengthen their case against Clark, three days after Clark’s arrest, police then spoke to a hearing and speech-impaired witness who’d been in a different room in the Bowlings’ home when the shooting occurred. Police claimed the man identified Clark from a photo lineup as a boy he saw running through the Bowling’s yard on the night of the shooting. However, none of the other people present at the Bowling home on the night of the incident reported seeing anyone outside.

At Clark and Storey’s trial in January of 1998, the State’s theory largely relied upon the party hostess’ police statements suggesting that the two teens had conspired to kill Bowling in an act of revenge.

The speech and hearing-impaired witness, who had a very difficult time communicating through the court interpreter at trial, continually mentioned Storey’s name as the person he had seen at the Bowling home on the night of the shooting. In contrast, when it came to Clark, Childers repeatedly testified that a person he described as “Darrell” was not in the courtroom—despite the fact that Clark was sitting at defense counsel’s table. The prosecutor eventually walked behind Clark at the defense table, and the interpreter concluded that the witness was speaking about Clark as the boy he saw running through the yard.

To further support its theory of intentional homicide (versus an accidental, self-inflicted shooting), the State relied upon the testimony of the coroner, who was not trained as a medical doctor, because no autopsy was ever performed on Bowling’s body. The coroner testified that his “gut feeling” told him that the gunshot wound could not have been self-inflicted because it was not a close-contact wound.

After a week-long trial, the jury convicted Clark and Storey of murder and conspiracy to commit murder, and they were sentenced to life in prison.

In late 2021, podcasters Susan Simpson and Jacinda Davis began interviewing witnesses related to Clark’s case as part of a re-investigation of the circumstances of Brian Bowling’s death. They interviewed both of

the State’s key witnesses, discovering two critical pieces of information that were previously unknown to Clark or any of his prior counsel:

1. The party hostess was coerced into giving false statements and testimony regarding the remarks Storey and Clark purportedly made; police threatened that they would take her children from her if she failed to comply with their demands.

2. The hearing and speech-impaired man had been misunderstood at trial due to his unique way of communicating. In 1976, the man had witnessed an unrelated, factually similar shooting and he was unable to effectively separate the facts of that case from the circumstances surrounding Bowling’s 1996 shooting death. In fact, the man never identified Clark as having run through the Bowling’s yard when Bowling was shot, as he had never observed any boy outside in the first place.

This newly-discovered evidence shattered the State’s theory of Clark’s involvement in the shooting death of Bowling and strongly supports what Clark has been telling everyone for more than 25 years–he is innocent.

By his side through it all was Glen Clark, Lee Clark’s father. “I’ve been waiting on this day for a long, long time, and I can’t begin to thank everyone who has supported us. Without y’all, we wouldn’t have made it,” said Glen Clark. “While today is a day of celebration for us, I also want to let the Bowling family know how heavy our hearts are for them, and for what happened. There are no hard feelings; we love them.”

With this nightmare behind him, Clark, with plenty of family support, plans to focus on readjusting and healing after spending his entire adult life behind bars for a “crime” that never happened. While Clark’s future is bright, there is still a long road ahead. Unfortunately, Georgia is one of only 12 states that does not currently have a statutory compensation law to provide financial relief for years lost to wrongful conviction. Without one, exonerees like Lee Clark are left on their own, with virtually no support from the State, to rebuild their lives. GIP will work with Clark to offer transitional support and ensure he is connected with resources to help him during this journey.

With that in mind, an independent, personal fundraiser has been set up as a way to help Clark and his family. All funds raised on this MightyCause fundraiser will go directly to Clark. They are not tax-deductible.

GEORGIA INNOCENCE PROJECT (GIP) is an independent nonprofit organization dedicated to helping individuals who have been convicted of crimes they did not commit in the state of Georgia. Our mission is to prevent and correct wrongful convictions while also connecting freed clients to resources to rebuild their lives.

Published with permission of the Georgia Innocence Project via https://www.georgiainnocenceproject.org/2022/12/08/lee-clark-exonerated-after-more-than-20-years/?fbclid=IwAR18-13shCoJEdCtu70y53mtciBzHHXOEk0arxX7XCzMk-s4GFH8Y4Z3-Us