According to Marlena Barnett, the Liaison Community Developer for the Lakes of Summerville subdivision, the company is set to close on the 128 acres in Teloga as early as next week. 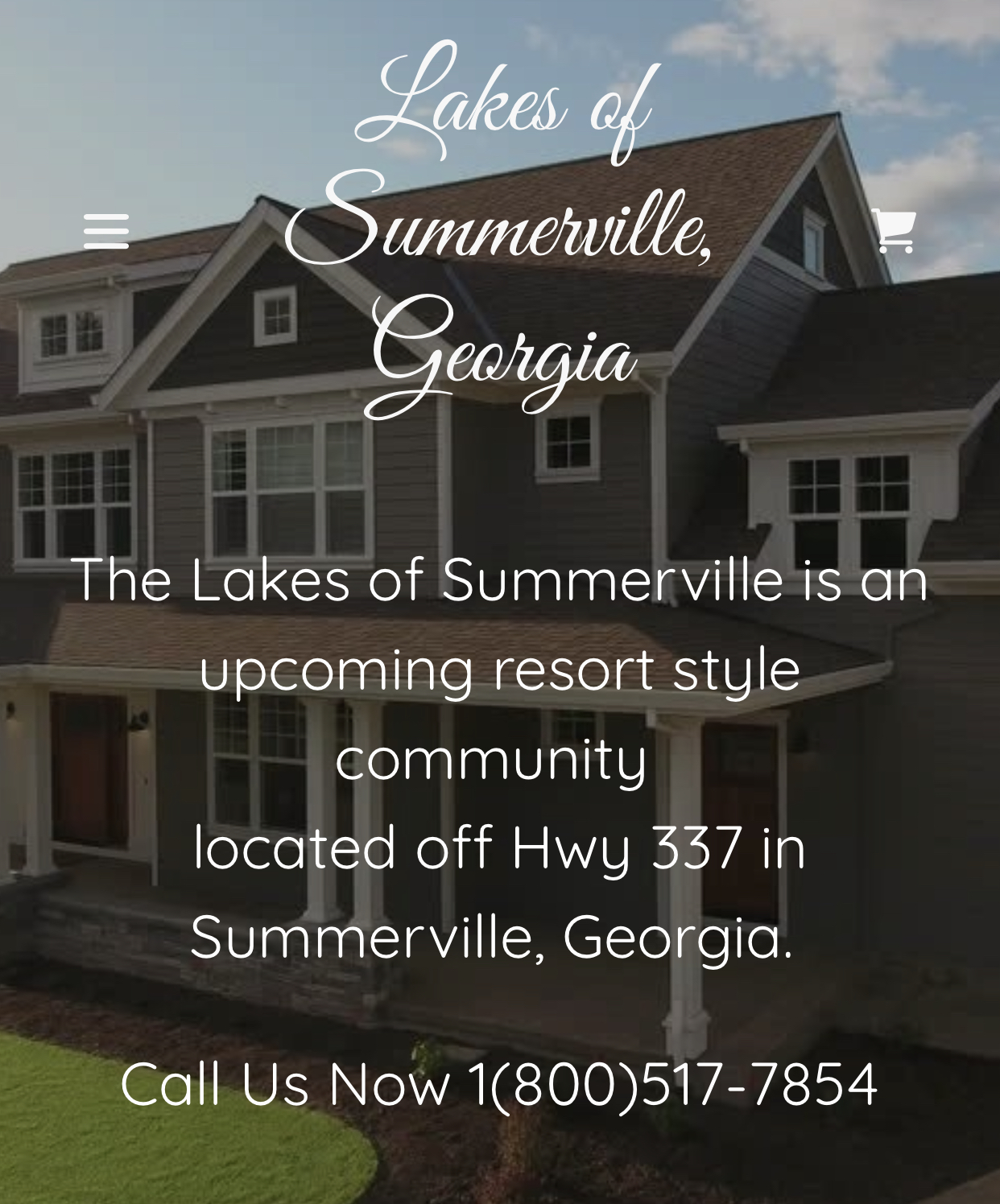 Many residents of Chattooga County have expressed interest in an upcoming subdivision in Teloga being advertised on Facebook and the internet. 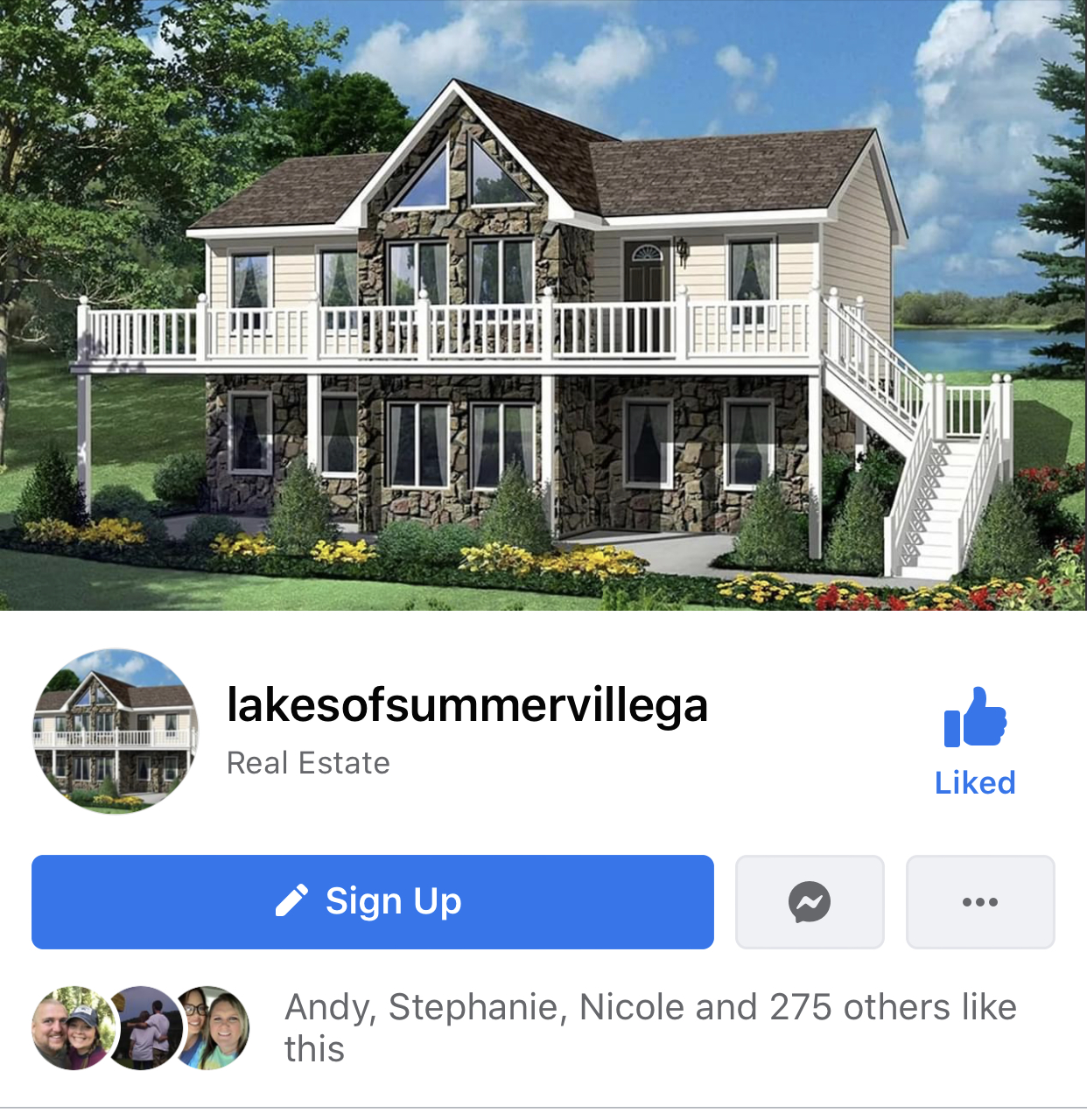 The website and Facebook page for Lakes of Summerville state the property is located off of Hwy 337 in Teloga and the 128-acre community will be one of the first Black-woman owned real estate projects in the country to feature energy-efficient homes, vacation rentals, a clubhouse, fishing at natural lakes, bike trails, swimming pools, and a miniature golf course.

While the property is minority owned, the residential homes will be open to everyone, Marlena Barnett, the Liaison Community Developer for Lakes of Summerville told AllOnGeorgia. “We just think it is a great thing that this is owned by black women, you don’t hear enough good things in business regarding black women, the development gives a better image to black women,” Barnett said. 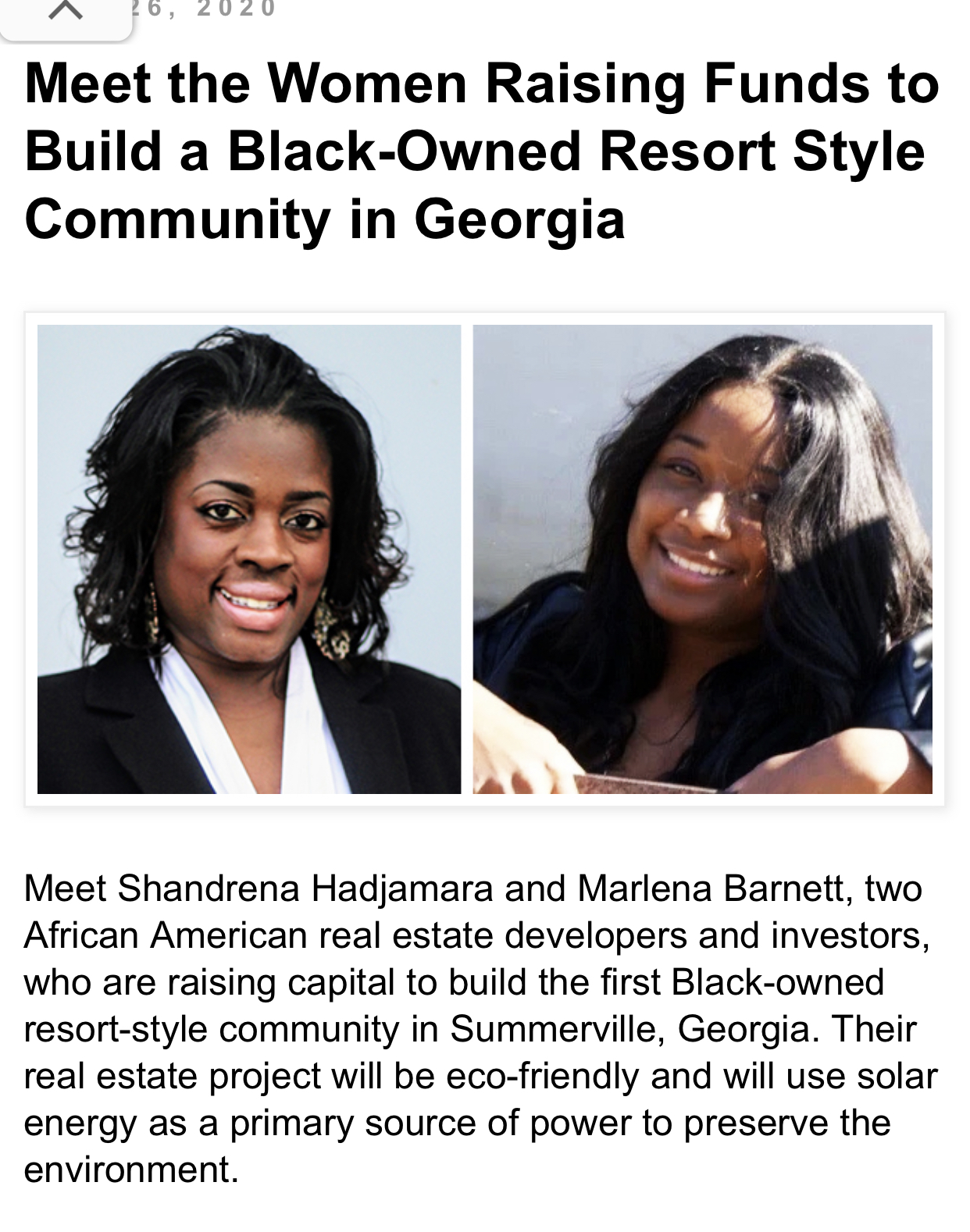 AllOnGeorgia reached out to Chattooga County officials regarding the subdivision:

Chief Accessor Nancy Edgeman said, “as of now the property belongs to James Thomas Stubbs. The property has not been transferred to Lakes of Summerville LLC due to no documentation. The property is 128.16 acres.” 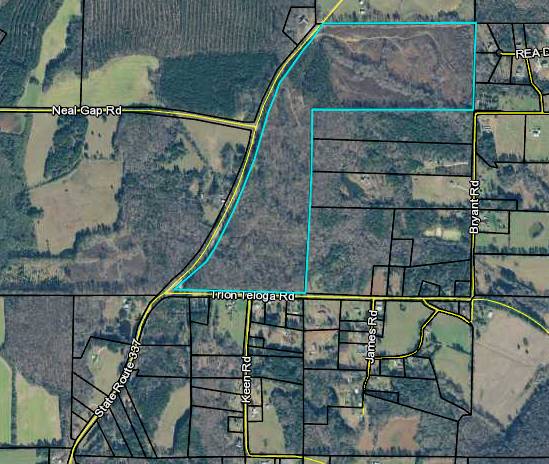 Chattooga County Sole Commissioner Jason Winters says he has received no information on this property, other than county residents asking for information. 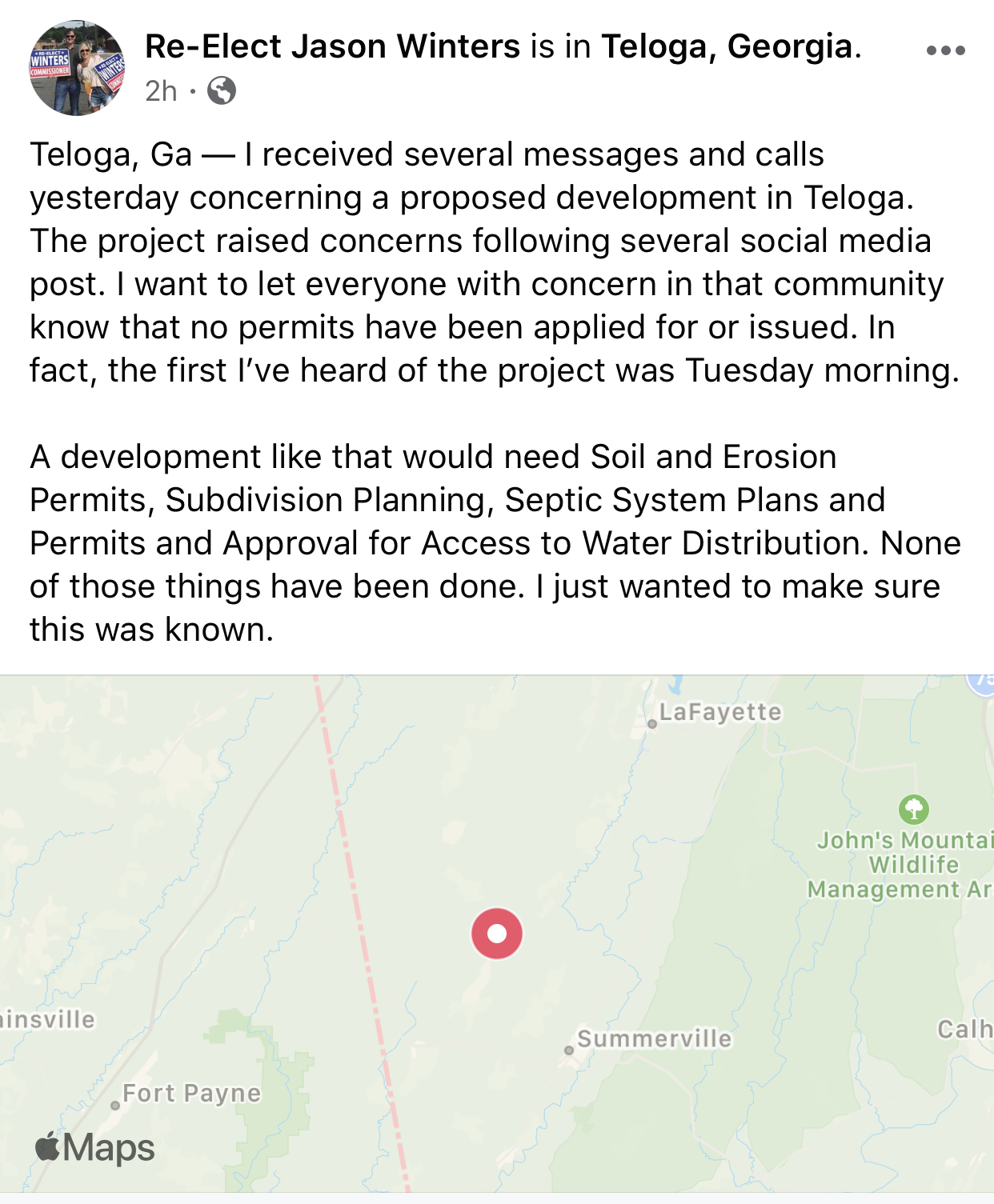 “Teloga, Ga — I received several messages and calls yesterday concerning a proposed development in Teloga. The project raised concerns following several social media post. I want to let everyone with concern in that community know that no permits have been applied for or issued. In fact, the first I’ve heard of the project was Tuesday morning.

A development like that would need Soil and Erosion Permits, Subdivision Planning, Septic System Plans and Permits and Approval for Access to Water Distribution. None of those things have been done. I just wanted to make sure this was known.”

Marlena Barnett, the Liaison Community Developer for Lakes of Summerville says she is working hard to communicate with county officials to make sure she’s following all of the guidelines for Chattooga County. She said she has tried to set up an meeting with Commissioner Winters, but has been unable to set up the meeting. “We wanted the support of the commissioner and other officials of Summerville,” she said.

While the land is still in Mr. Stubbs name, Barnett said the sale of the land is set to close as early as next week, noting “the details will be ironed out and will be recorded with the county and so forth.”

“The land has been in the Stubbs family for over 100 years,” said Barnett. Mr. Stubbs is selling the land to the Lakes of Summerville, LLC to fund his retirement according to Barnett.

While Barnett has not been able to contact Commissioner Winters, she has been in contact with Tiffany Schrader, the Environmental Health Specialist at the Chattooga County Health Department since June regarding the soil tests and water supply information.

AllOnGeorgia reached out to Tiffany Schrader at the Chattooga County Health Department, Thursday at 1 p.m. Schrader said she had not been in contact with anyone from Lakes of Summerville, although later she had, but was not sure what she was allowed to say to media without it being cleared with Logan Boss, the Public Information Officer for the Georgia Department of Public Health, Northwest Health District.

Barnett was able to provide some emails of her communication with Schrader. 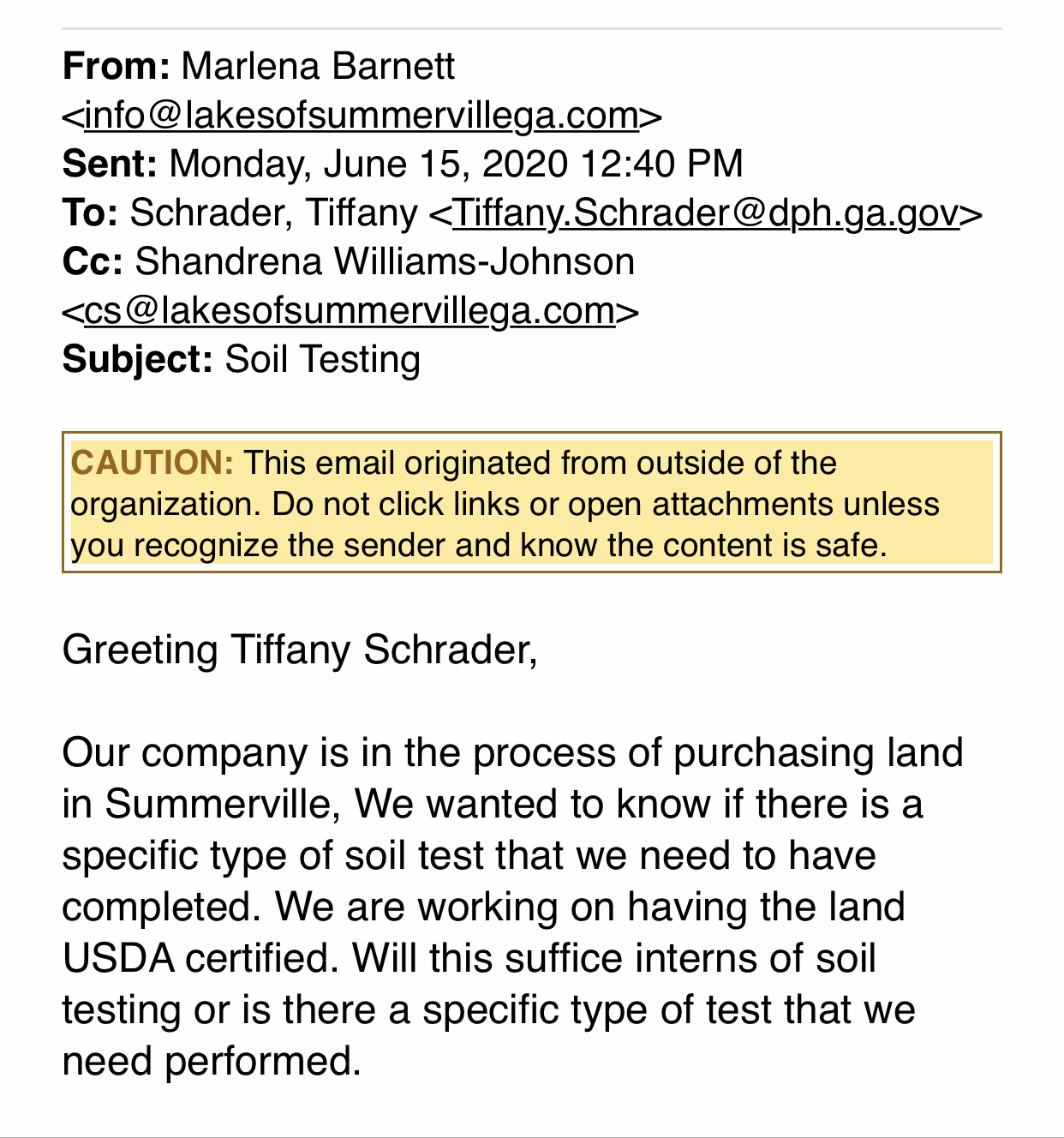 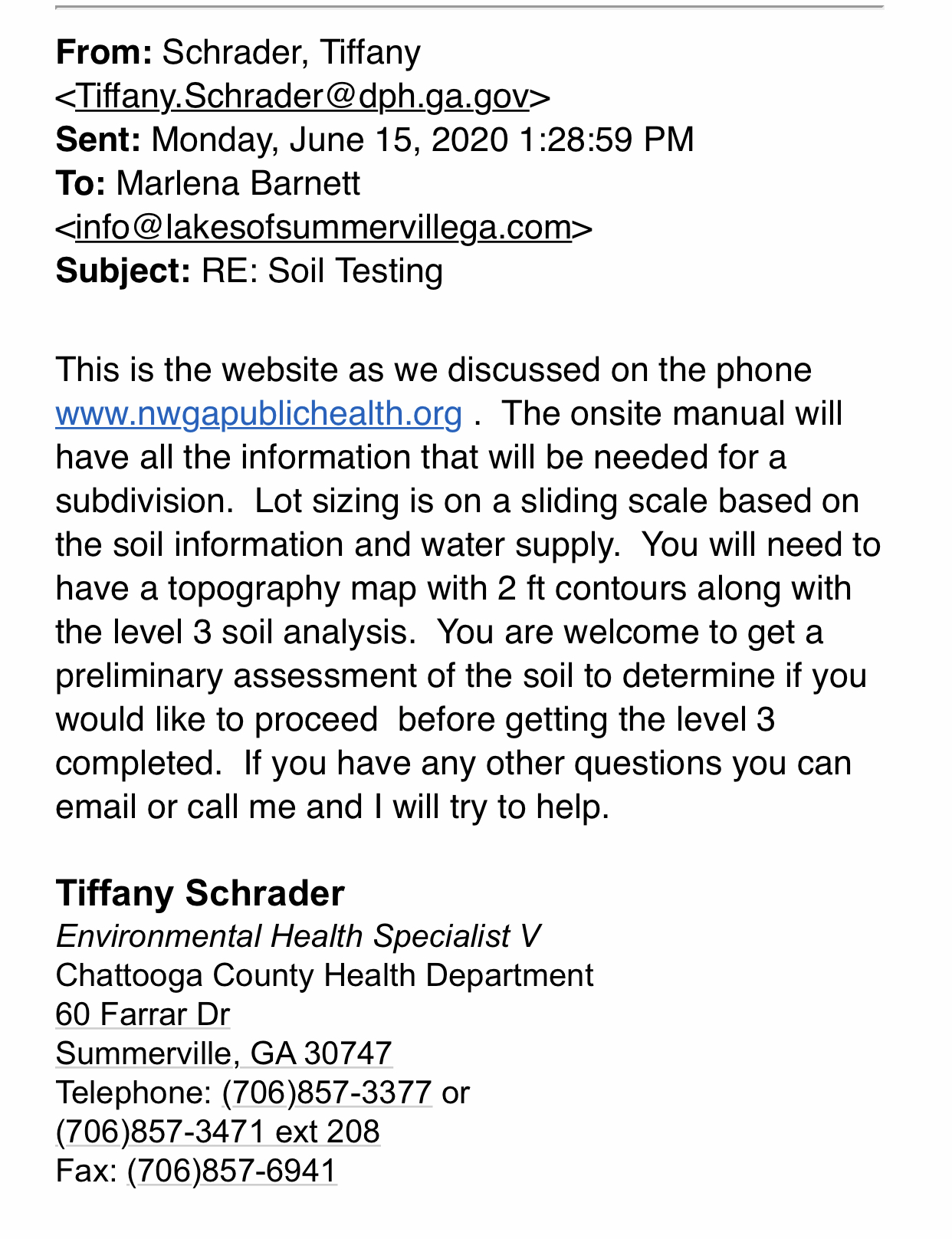 Barnett said several of the investors visited the land in Teloga on July 5th and they are looking forward to bringing affordable housing options for Chattooga County, she added, “We don’t want to disrupt anything Summerville has going on”.

The Lakes of Summerville subdivision will be eco-friendly and will use solar energy as the primary source of power. Barnett said there will also be a large community garden for residents to grow fresh, healthy food.