Today, December 23, 2020 marks the 50th Wedding Anniversary of of Ralph and Martha Tucker. 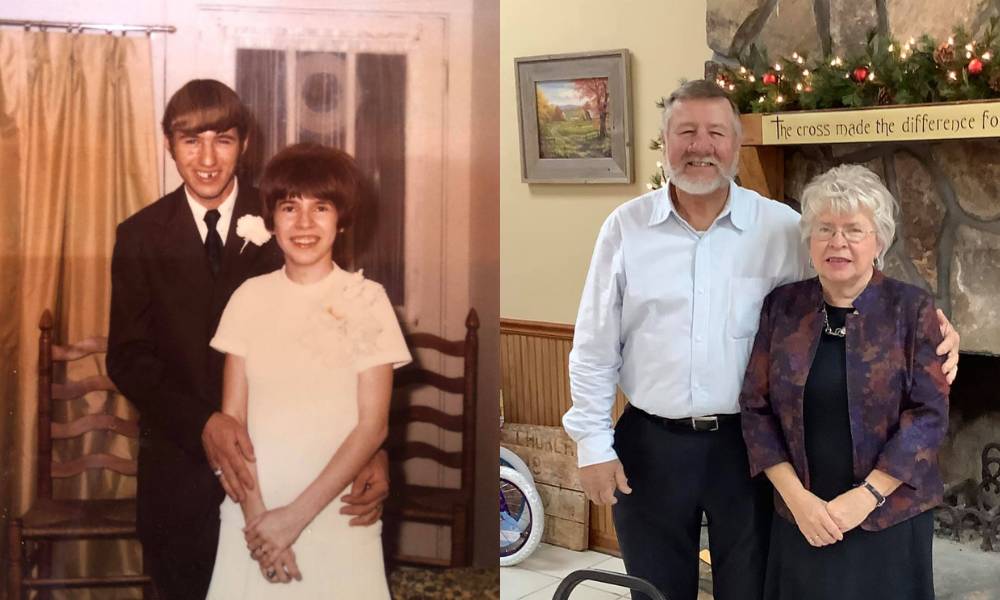 For this cause shall a man leave his father and mother, and shall cleave to his wife; and the two shall become one flesh.

Today, December 23, 2020 marks the 50th Wedding Anniversary of of Ralph and Martha Tucker. According to the U.S. Census Bureau fewer than 5 percent of all marriages last 50 years.

Celebrating 50 years as a married couple is an incredible accomplishment.

The Tuckers wed December 23, 1970 at their home in Menlo, Georgia, which they still reside. 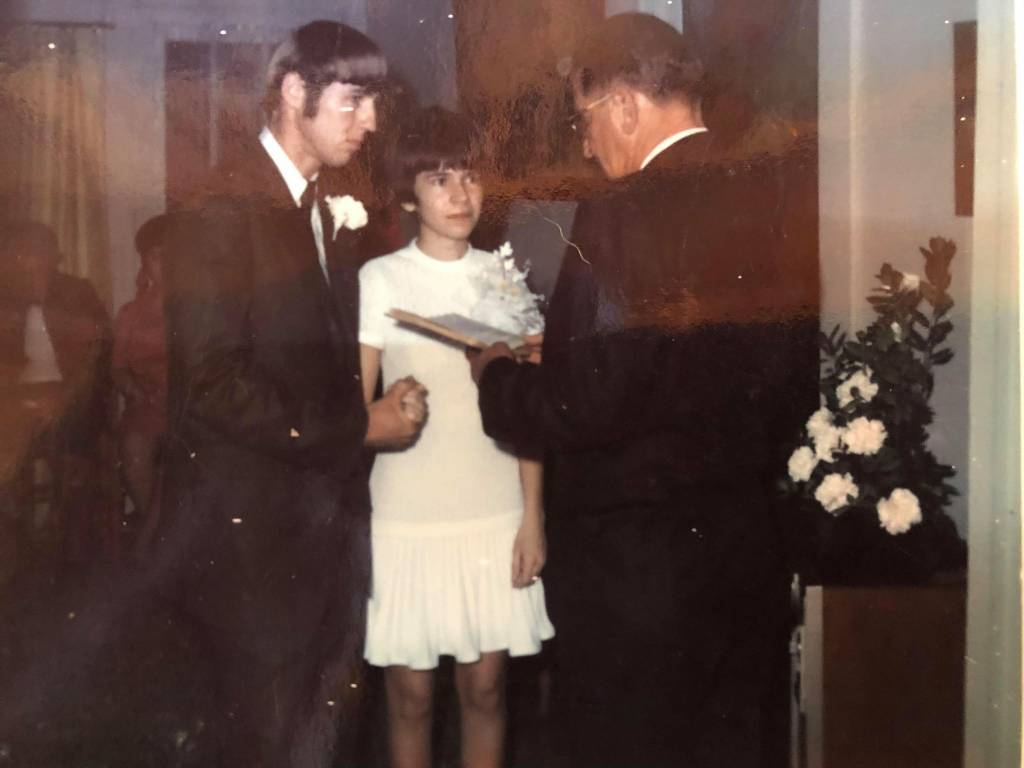 Ralph is a retired from running a small business in Menlo, the Menlo Garage, and currently drives a school bus for the Chattooga County School System.

Martha has served as the Chattooga County Clerk for over 30 years, and will be working for her 4th commissioner beginning in January.

They are both members of Alpine Community Church. They were honored by the congregation this past Sunday with a small reception to celebrate their anniversary. 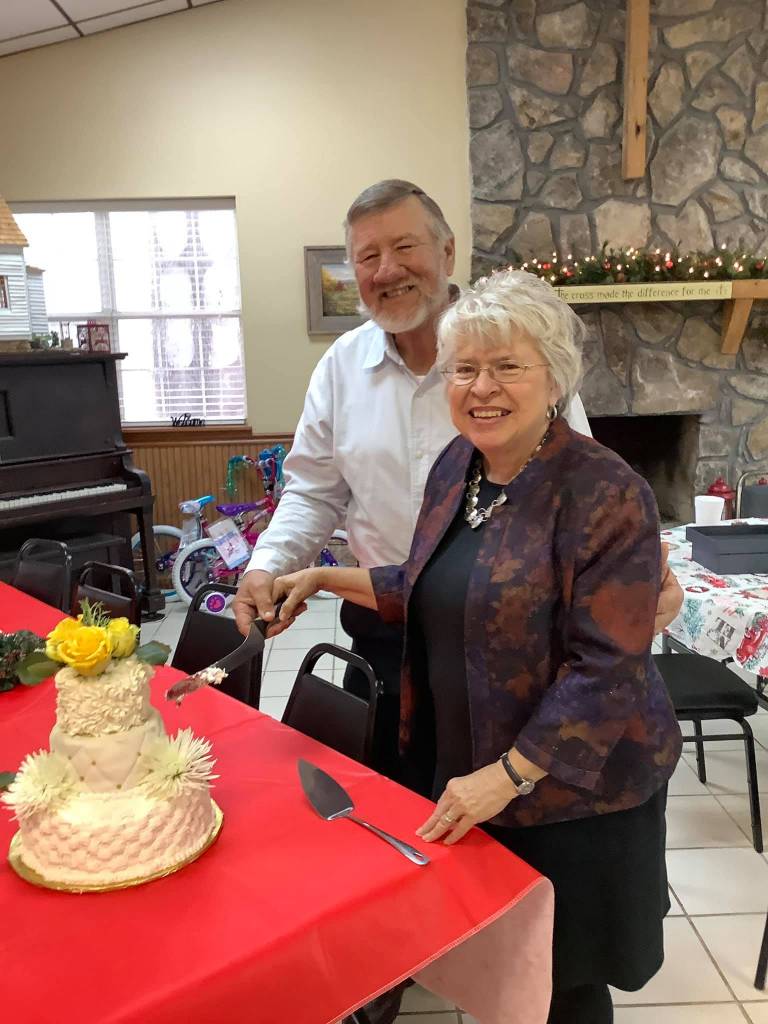 The celebration was made sweeter with a red velvet cake designed and made by Cindy Lopopolo.

The couple’s only son, Shane, wanted this Golden Anniversary to be as special as possible, but given all the COVID restrictions and worries, he was unable to host a large party.  Instead he rented the couple a billboard in downtown Summerville so all the residents could join in the celebration and accomplishment of his parents’ 50th wedding anniversary. 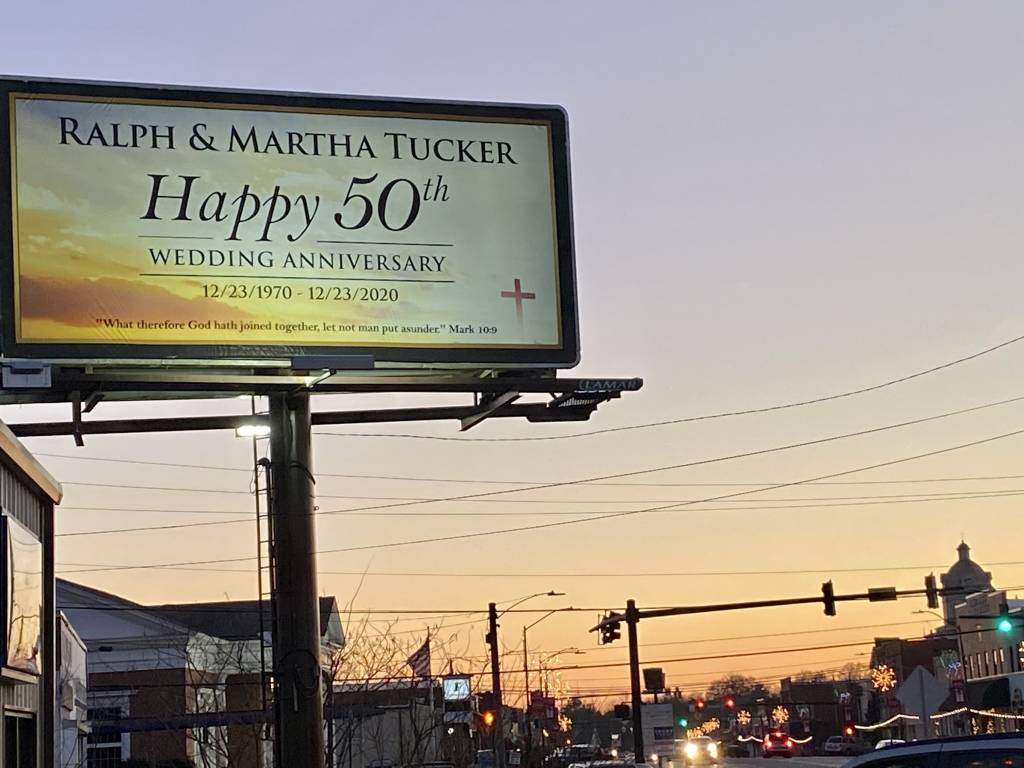