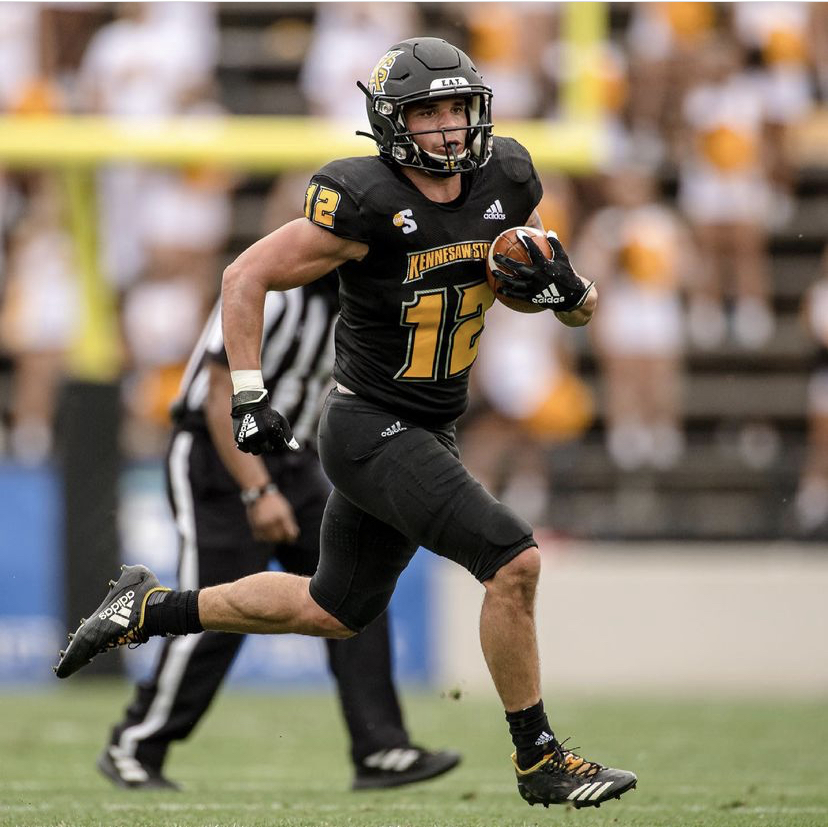 Foster was named first-team special teams as both a punt and kick returner. The senior was named to the conference’s second-team for offense and special teams following the spring season, and is no stranger to conference honors. As a freshman, the Summerville, Ga. native was the Big South Special Teams Player of the Year after becoming the first player in league history to record two 100-yard kickoff returns for touchdowns in the same season. In 2019, he landed on the All-Big South Special Teams Second-Team after an injury-shortened season.

Foster was also chosen as an honorable mention running back after averaging 7.6 yards per-rush and 550 all-purpose yards in the spring.

KSU was picked second in the preseason poll. Defending champion Monmouth was chosen as the favorite to win the title. The Owls and Hawks close the regular season at Fifth Third Bank Stadium Nov. 20.

Season tickets and mini plans are available this season for the best value in KSU’s history. Click here to learn about available options.