Her husband Matt, age 46, is on his 10th day on the ventilator and has been battling COVID for over 20 days. 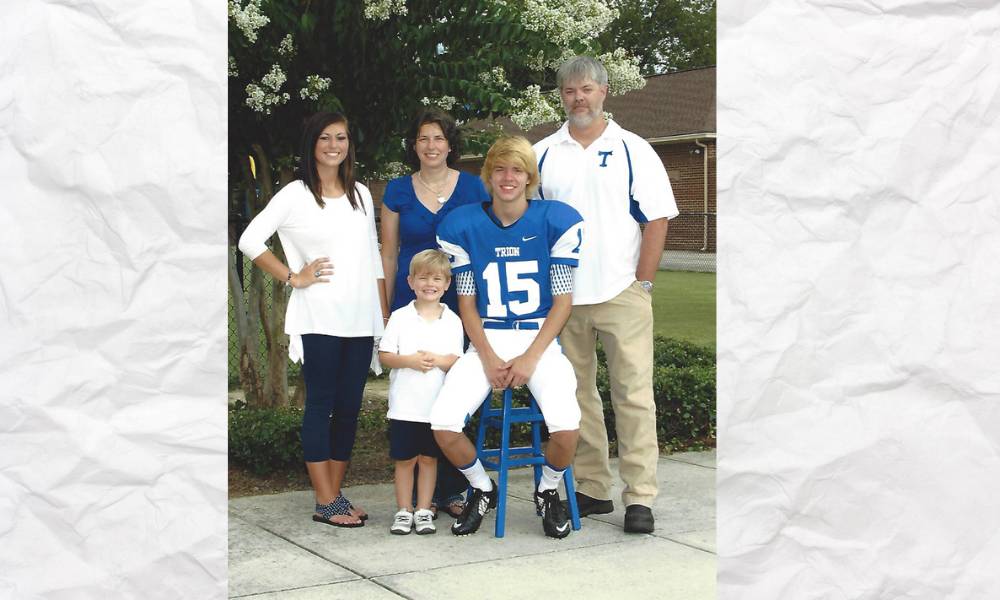 Chattooga County resident Elena Floyd recently shared her family’s COVID journey with AllOnGeorgia. Her husband Matt, age 46, is on his 10th day on the ventilator and has been battling COVID for over 20 days. Elena says if the community is to take one thing away from her sharing her family’s fight with COVID she hopes it is the importance of getting vaccinated.

Elena’s journey with COVID began on August 31st, when four out of five of her family members began to show signs of a cold.

“On September 1st and 2nd we went to be tested for COVID. Matt, Will, and Jamey tested positive. My test was negative. They were quarantined and I was not because I had the vaccine,” Elena said.

After three days her sons Jamey (23) and Will (10) were over it, but Matt continued to get sicker.

On September 7th, Elena took Matt to the Urgent Care where he received five prescriptions. “On September 9th, I took him to the hospital. They sent him home on oxygen and said that is all he needed. On September 10th, I took Matt back to the hospital. I could not stay with him because he was positive. He had COVID Pneumonia. They admitted him and placed him on 25 L of oxygen and put him on a non rebreather mask. The hospitalist told me it could go either way. He was very sick. He continued to get sicker.”

That was the last time Elena has saw Matt, her husband of 24 years, her partner for 32 years. She had to leave him in the lobby of the ER. She only receives calls from the hospital if something is wrong, like the one she received on September 14th, when a rapid response was called and Matt was intubated in his room and sedated, she was told he was transferred to the COVID ICU.

“The doctor called and explained what happened. On September 15th, the lung doctor called and said he was in the Cytokine Storm. He was critical and they didn’t know what the outcome would be. He had developed ARDS (Acute Respiratory Distress Syndrome). She said he was requiring 100% oxygen and the Peep setting was 16. She advised they would do all they could and for me to not lose hope,” Elena said.

These have been the last calls with Matt’s doctors. Elena said she can call and check on him and get updates from the nurses, but it isn’t the same as being in the hospital room when the doctors make their rounds and hearing the information first hand and having the time to ask questions.

At this point Elena did all she knew to do, she called on all of the Chattooga Prayer Warriors. “I was devastated. They gave him paralytic drugs to paralyze him and started the proning process. That took three days. The doctors were able to stop the paralytic drug. Over all he has improved a little everyday and I have you and God to thank for that. They explained that this will not be fixed overnight. It will take weeks to months.”

Elena says the family also has a close friend in the hospital fighting this too.

Matt ran 105 fever on Tuesday which means Elena can’t visit him for 48 hours without a fever.

“If you see my kids out, please hug them and tell them you are thinking of them. This is harder than you think. I love you all and please continue to pray for us. That is what is keeping it together for us and what is helping him to improve,” she said.

On September 10th, Elena was retested for COVID due to a stopped up nose. On September 13th, she was told her test was positive and she went into quarantine. She said her only symptom was a stuffy nose and her doctor said that could have been a ragweed allergy. She wasn’t sick. Elena had the Johnson and Johnson vaccine in March.