A Chance of a White Christmas 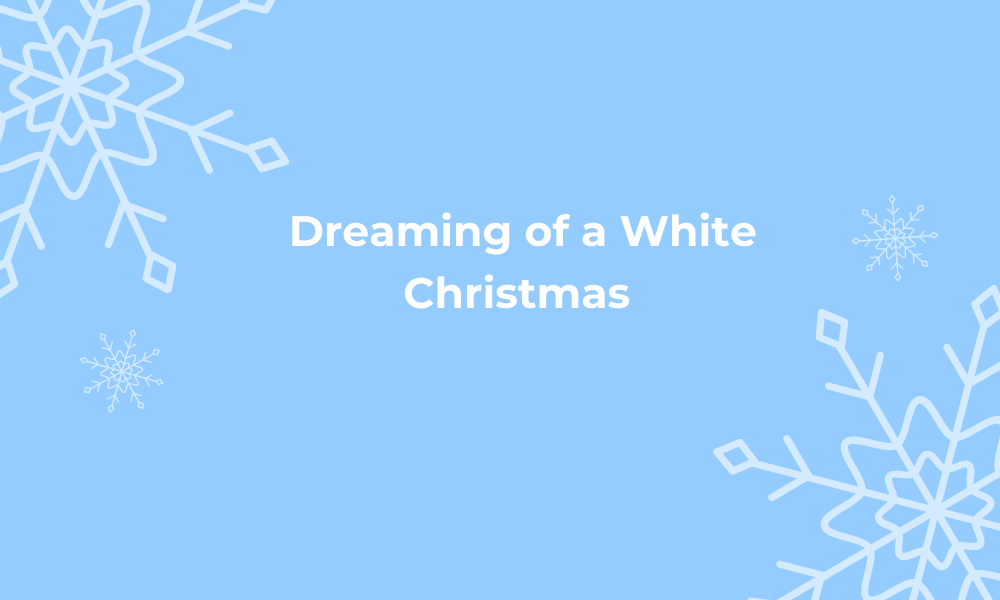 Santa will make his way from the North Pole to Northwest Georgia Thursday night. He will bring cold temperatures and a chance of snow.

The forecast, still a few days out has Northwest Georgia with a chance of snow after 1 am with temperatures in the mid 20s. 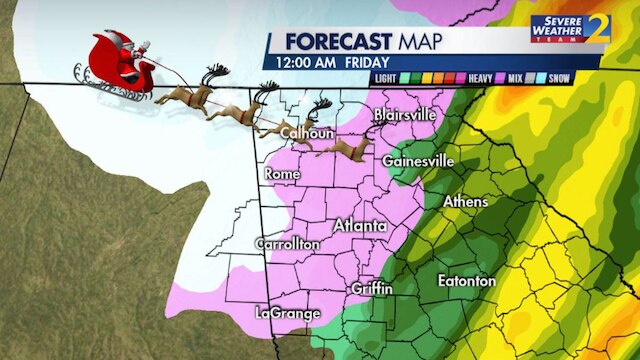 Historical Chances for a White Christmas? 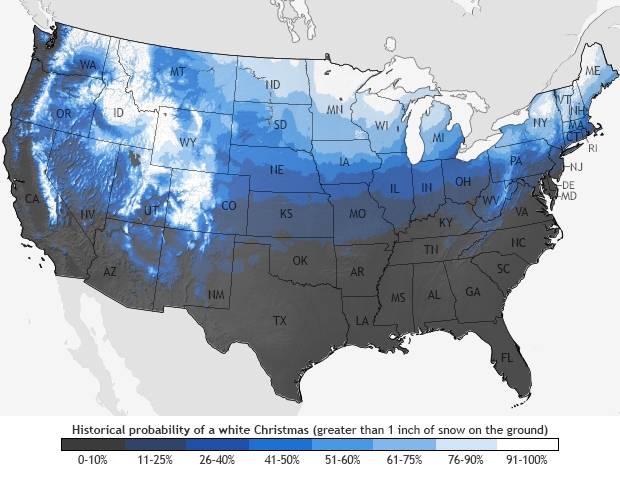 How common is a White Christmas in Georgia?

Not that common. In fact, in Atlanta, it’s only happened a a few times. Most recently, you may remember the Christmas of 2010, just 10 years ago. Back then, 1.3 inches fell at Hartsfield Jackson Airport which stands as the daily snow record. And two to four inches of snow fell the day before across other parts of the metro with up to seven inches across the North Georgia mountains. 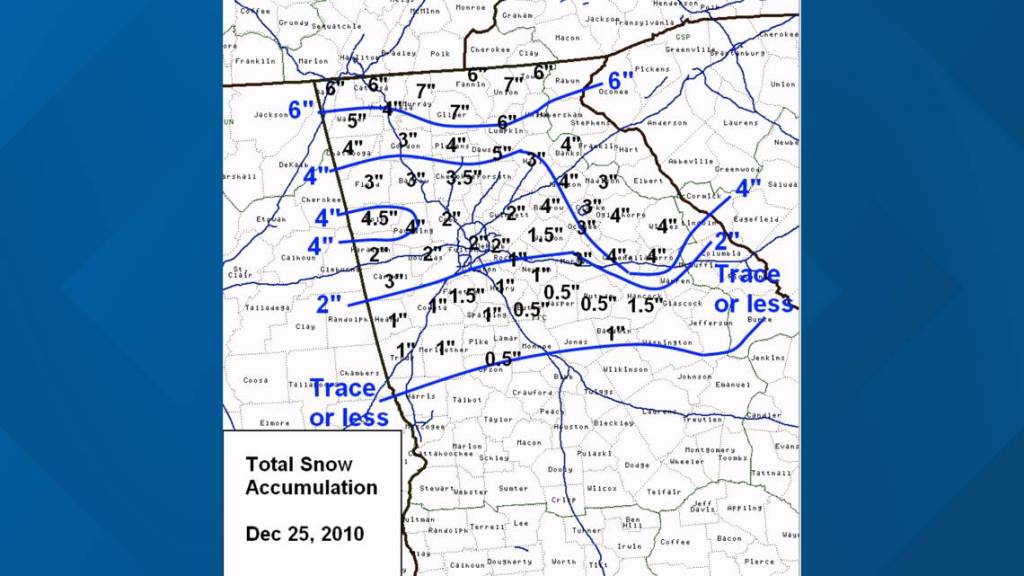 In 2010 Northwest Georgia had a 20% chance of a White Christmas and ended up with several inches of snow, be on the safe side and stock up on milk and bread.