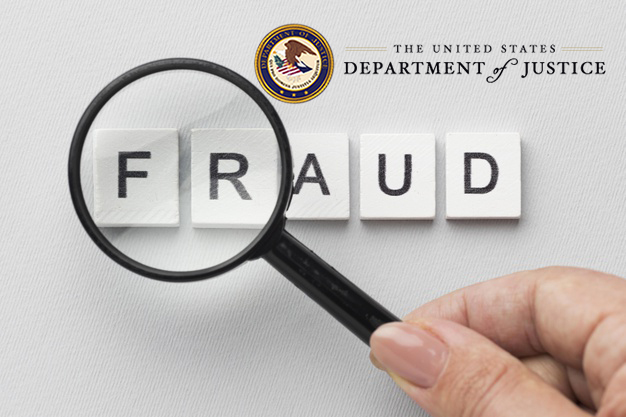 “These defendants defrauded numerous individuals, companies, and federal programs, resulting in millions of dollars in financial losses to vital federal programs meant to provide assistance to those in need,” said U.S. Attorney Ryan K. Buchanan. “We pledge to continue to work alongside our federal and state partners to investigate and prosecute those who engage in fraud and money laundering activities resulting in financial and psychological harm to members of our communities.”

“The Criminal Division and our partners are committed to holding accountable those who seek to line their own pockets through sophisticated business email compromise and money laundering schemes targeting public and private health insurers as well as individual victims,” said Assistant Attorney General Kenneth A. Polite, Jr. of the Justice Department’s Criminal Division. “As these cases demonstrate, we will work tirelessly to combat fraud affecting Medicare and Medicaid, which are vital in providing health care to millions of Americans, including some of our most vulnerable citizens.”

“These allegations depict a brazen effort to siphon monies, in part, from essential health care programs to instead fund personal gain,” said Deputy Inspector General for Investigations Christian J. Schrank of the U.S. Department of Health and Human Services Office of Inspector General (HHS-OIG). “A top concern of HHS-OIG is the integrity of programs such as Medicare and Medicaid, so it is an utmost priority to pursue individuals who financially exploit them. This coordinated action is a prime example of the commitment that HHS-OIG and our law enforcement partners have to defending the federal health care system against fraud.”

“Millions of American citizens rely on Medicaid, Medicare, and other health care systems for their health care needs. These subjects utilized complex financial schemes, such as BECs and money laundering, to defraud and undermine health care systems across the United States,” said Assistant Director Luis Quesada of the FBI’s Criminal Investigative Division. “Elder fraud and romance fraud schemes utilized by the subjects often target our most vulnerable citizens and the FBI is committed to pursuing justice for those who were victimized by these schemes.”

According to U.S. Attorney Buchanan, the charges and other information presented in court: The charges stem primarily from BEC schemes in which individuals posing as business partners are alleged to have fraudulently diverted money from victims’ bank accounts into accounts they or co-conspirators controlled (sometimes through the use of recruited “money mules”) by using spoofed email addresses, bank account takeovers, and similar fraudulent methods designed to deceive victims into believing they were making legitimate payments.  The prosecutions allege schemes that fraudulently diverted payments intended for hospitals to provide medical services to patients.

For example, fraudulent emails from accounts resembling those associated with actual hospitals were allegedly sent to public and private health insurance programs requesting that future reimbursements be sent to new bank accounts that did not belong to the hospitals.

Unwittingly, five state Medicaid programs, two Medicare Administrative Contractors, and two private health insurers allegedly were deceived into making payments to the defendants and their co-conspirators instead of depositing the reimbursement payments into bank accounts belonging to the hospitals.

The defendants and their co-conspirators allegedly laundered the proceeds fraudulently obtained from these health care benefit plans and from other victims by, among other things, withdrawing large amounts of cash, layering them through other accounts they or their co-conspirators opened in the names of false and stolen identities and shell companies, transferring them overseas, and purchasing luxury goods and exotic automobiles.

The seven defendants against whom charges were unsealed this week are:

The three defendants previously charged are:

An indictment is merely an allegation and all defendants are presumed innocent until proven guilty beyond a reasonable doubt in a court of law.

The Fraud Section leads the Criminal Division’s efforts to combat health care fraud through the Health Care Fraud Strike Force Program. Since March 2007, this program, comprised of 15 strike forces operating in 24 federal districts, has charged more than 4,200 defendants who collectively have billed the Medicare program for more than $19 billion. In addition, the Centers for Medicare & Medicaid Services, working in conjunction with the Office of the Inspector General for the Department of Health and Human Services, are taking steps to hold providers accountable for their involvement in health care fraud schemes. More information can be found at https://www.justice.gov/criminal-fraud/health-care-fraud-unit.