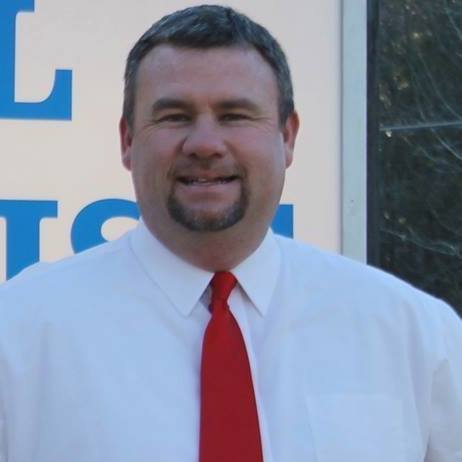 AllOnGeorgia recently reached out to Chattooga County Board of Education Member Brad Hayes comments on the school calendar vote.

AOG: Were you pleased that the board didn’t vote to allow you not to speak? (as Mr. John Turner was treated)
Hayes: I was pleased that the board allowed me to speak. I was a board member in 2019 alongside Mr. John Turner. As a fellow educator and friend, I was pleased to serve on the board with Mr. Turner. The two of us had an educational background and I looked forward to serving on the board with Mr. Turner. We actually served in seats beside one another as Democrat and Republican. We had some common goals and interests for the school system. For example, we were both passionate about getting started on the construction of tennis courts, as noted in several board minutes. At the March 14, 2019 board meeting, a motion, second, and vote were taken to remove an item (B-3) from the Agenda. However, board minutes show that Mr. Turner and I abstained.

Mr. Turner asked for a reason the item was removed, and two other board members gave their reasons. At that point, Mr. Turner made a comment and left the meeting. I had full intent to listen to what Mr. Turner was about to present to the board. He had information to share about a 4 Day/5 Day Survey (that was what was listed on our Agenda). At that March meeting
in 2019, I was not pleased that the board did not let Mr. Turner speak, and my vote that night indicated my feelings. I wish John Turner had not walked away because the majority of voters had elected him to serve in that capacity. The same goes for Dr. Julia Houston. I wish she had not walked away because she had also been elected by a majority of voters in 2018 to finish a term.

As elected officials (in any office), we are elected to represent and serve the community.

AOG: Did you feel that the 5-day supporters had plenty of time to voice their opinions prior to the vote?
Hayes: I’m not sure which time or which vote you are referring to in this question. In Chattooga County school history, the 5-day supporters have voiced their opinions three different years. Prior to 2010, Chattooga followed the traditional 5-day school calendar, like most school systems. The first board vote on a different school calendar was in July 2010, when the board voted 3-2 to follow Dr. Pullen’s recommendation to change to a 4-day calendar. I have researched newspaper and radio documents, but not sure how big the debate got in 2010. It was recorded that the board voted at a July 2010 board meeting to go 4-days, and students returned to school on August 10, 2010, to go 4 days (about one month).

The second time 5-day supporters had the opportunity to voice their opinions was in 2018. Several members and groups in the community made the 4-day vs. 5-day an election topic. I recall 2010 was an election year like 2018, but not sure how much debate and media coverage the 4-day vs. 5-day received in 2010 compared to 2018. The issue was debated and reported by media between March 2018 (qualifying) and November 2018 (general election). The community continued to debate, discuss, and participate publically at school board meetings up until the 5-day school year started in August 2019 (17 months).

The most recent debate on the 4-day calendar vs. 5-day calendar has been since Mr. BJ Montgomery asked Superintendent Hosmer to create a 4-day and a 5-day calendar for the 2022-2023 year. I am sure back in 2010 and 2018 the support for both sides never completely left people’s minds. However, the last two years (2020 and 2021) have been quieter with no public participation, media, radio, and social media posts about either calendar. The most recent opportunity for 5-day supporters to voice their opinion has been since February 2022, again, another election year.

In 2018, the 4-day supporters had several more months to advertise, debate, discuss, and publically speak on the calendar issue. The school board did vote to return to the 5-day calendar on January 17, 2019, but it was about seven months later before the actual 5-day school calendar started. In 2010, the board vote was one month before the students returned to school.

In 2022, several things are different from 2010 and 2018. The economic state of education throughout Georgia was horrible in 2010. As Dr. Pullen had stated, Chattooga County Schools had cuts, furloughs, and reduction in force. The local media had a few reports from churches, ministers, and parents that were concerned about babysitting or child care services on the day off (Mondays). However, the debate was not as vocal in 2010 from either side.

In 2018, people were advertising and advocating their position and side on billboards, public participation, newspapers, radio, social media, etc… So far, the 5-day supporters are more like the 5-day supporters of 2010. However, everyone has an opinion and a voice. It is so easy to sit behind a computer screen or cell phone and post, share, and text than it was in years past. I feel both sides of the calendar issue have equal opportunities to advertise, participate, post, share, and text their opinions on 4-day vs. 5-day calendars.