“The decision on Roe v Wade was a great victory for life, and also for states’ rights,’ Elsberry said. 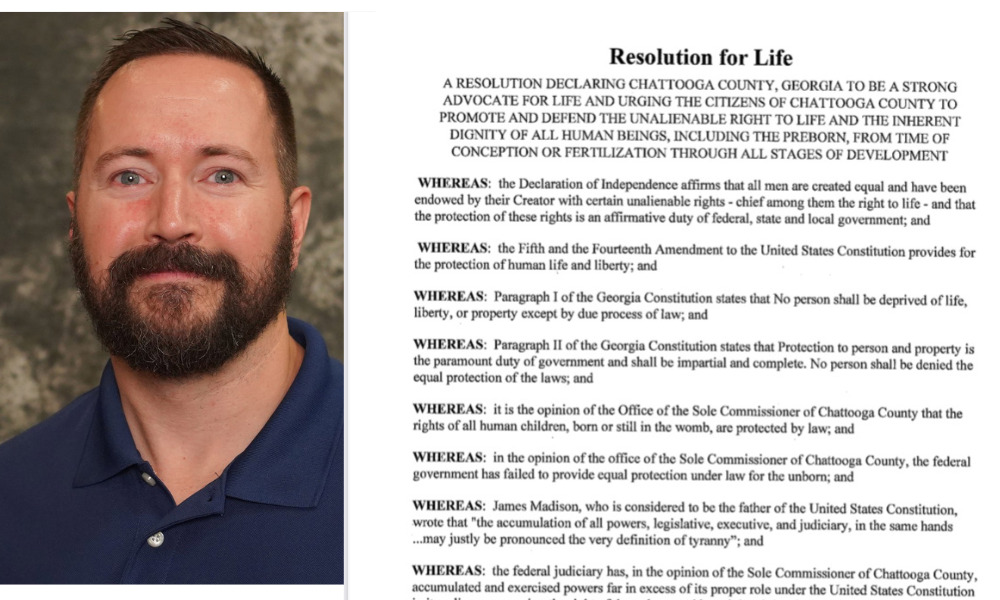 On June 24th, the U.S. Supreme Court overturned Roe v. Wade, the 1973 opinion that legalized abortion in America. Many states, including Georgia, are now expected to limit or ban abortion.

AllOnGeorgia reached out to Chattooga County Sole Commissioner Blake Elsberry to get his reaction on the Supreme Court’s decision to overturn Roe v Wade making it so that abortion is no longer constitutionally protected.

Below are the statements Commissioner Elsberry released to AllOnGeorgia:

“The decision on Roe v Wade was a great victory for life, and also for states’ rights. The United States of America is the greatest country on earth, and I have a renewed hope that we are on our way as a nation in living out the true meaning of our creed set forth by our Constitution.

Abortion is the single greatest failure of our society and has in my opinion, diminished and undermined the moral value of a human life in our nation.

We cannot marginalize the lives of the unborn, the most innocent of us all, and then expect our teenagers or adults to respect the lives of others.”

Commissioner Elsberry added that he will be taking action on the decision. “On July 5th I will sign a Right to Life resolution I drafted for Chattooga County. This resolution gives legal references and my office’s opinion on why life should be protected,” Elsberry said. “This is something I have felt convicted about getting done since first taking office, and now with this issue coming back to the states I feel that it is important that our state leadership know that this office supports the right to life for the born and the unborn alike.” 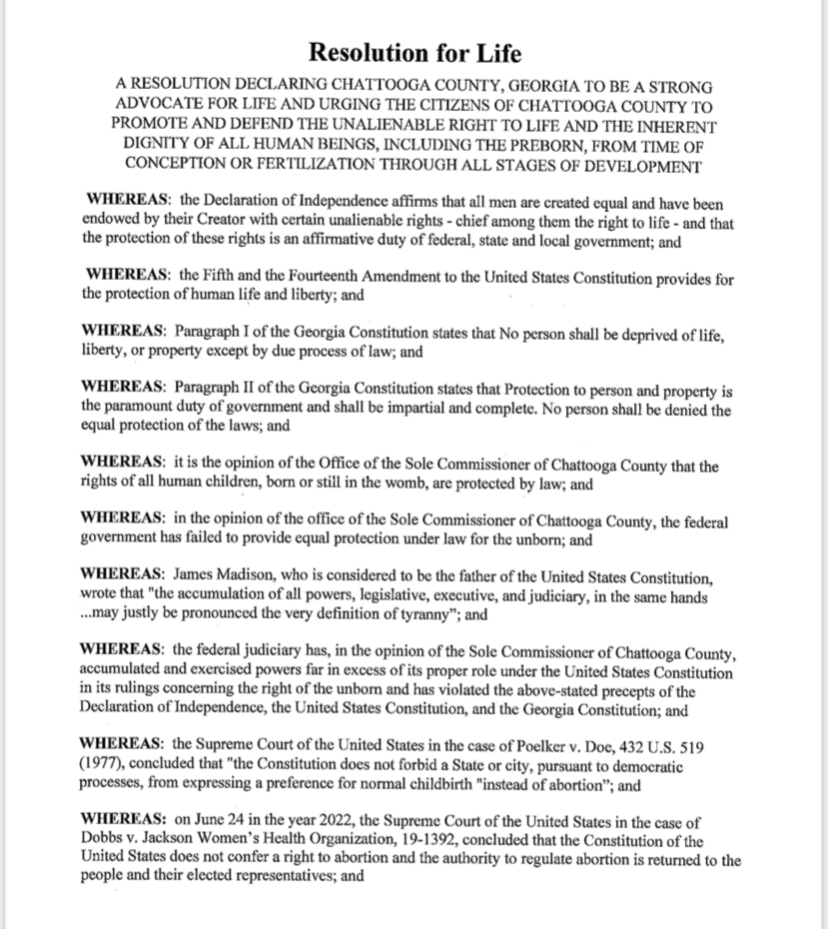 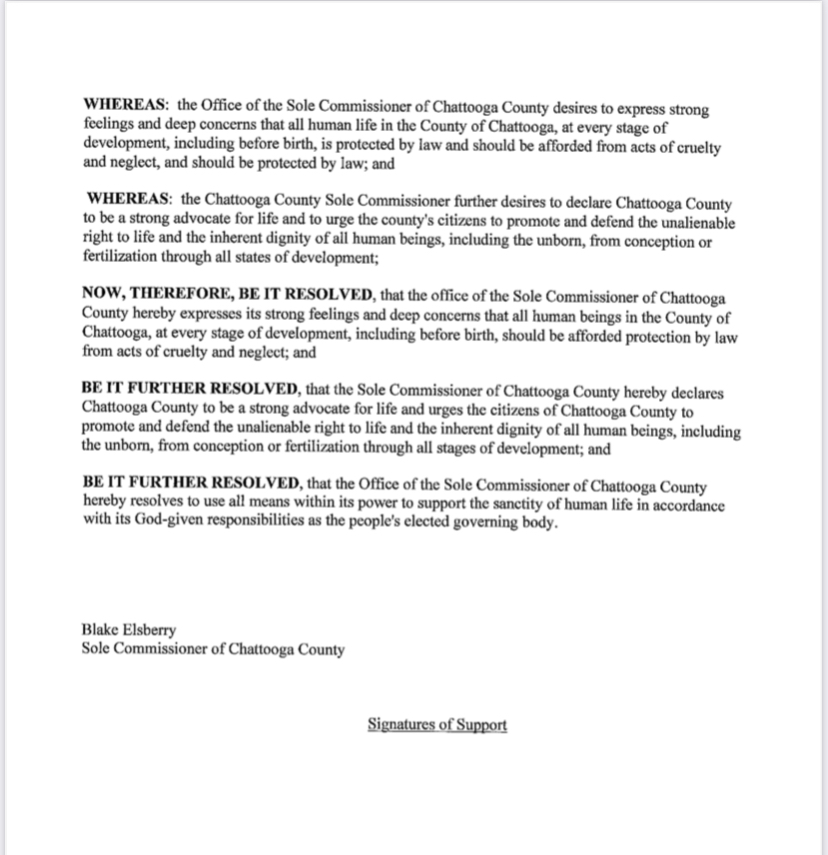