“The signs were paid for by the party as a whole,” Chairman Johnny Brady told AllOnGeorgia Tuesday morning. 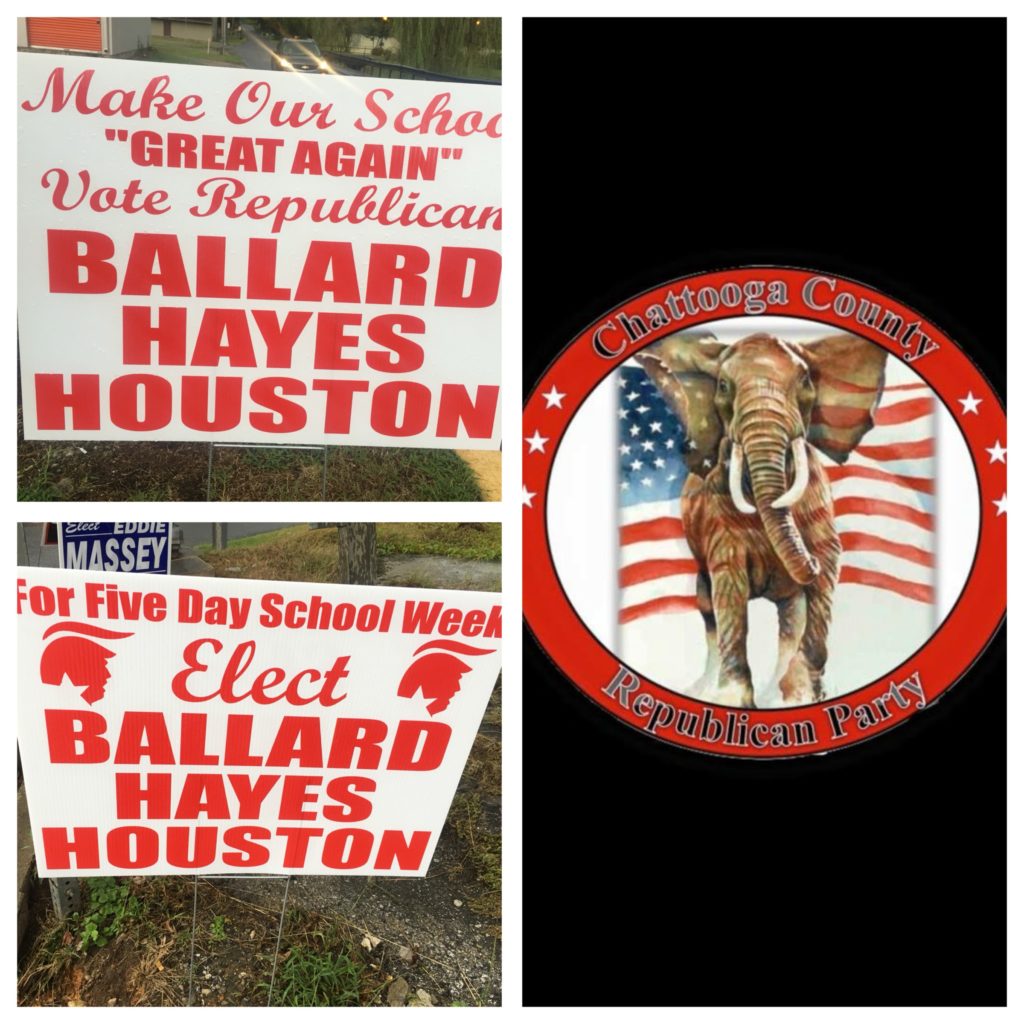 “The signs were paid for by the party as a whole,” Republican Party Chairman, Johnny Brady, told AllOnGeorgia Tuesday morning.

The signs are the first clear stance on the 4-day vs 5-day week schedule for the Republican party.

Local GOP Vice Chairman and current Chattooga County Board of Education member, John Agnew, was reportedly one party official who placed the signs throughout the county. “Many members of the party placed the signs,” Brady said, although he would not confirm the specific identity of those did.

AllOnGeorgia reached out to Agnew for comment regarding his role in placing the signs, Agnew did not respond. Agnew is starting his third year serving on the Chattooga County Board of Education.

Chairman Brady indicated more signs would be displayed as the election draws near, referencing one in particular on food security.

While the chairman does claim responsibility the secretary of the party, Betty Brady commented, “I can only speak for myself in this matter. No discussion of the making of these signs was held in my presence.”

While Chairman Brady did say that the candidates were not involved with the signs, Ballard, Hayes and Houston are all members of the Chattooga County Republican party which purchased the signs.