CHS Competition Cheerleaders Honored by Board of Education

CHS Competition Cheerleaders Honored by Board of Education 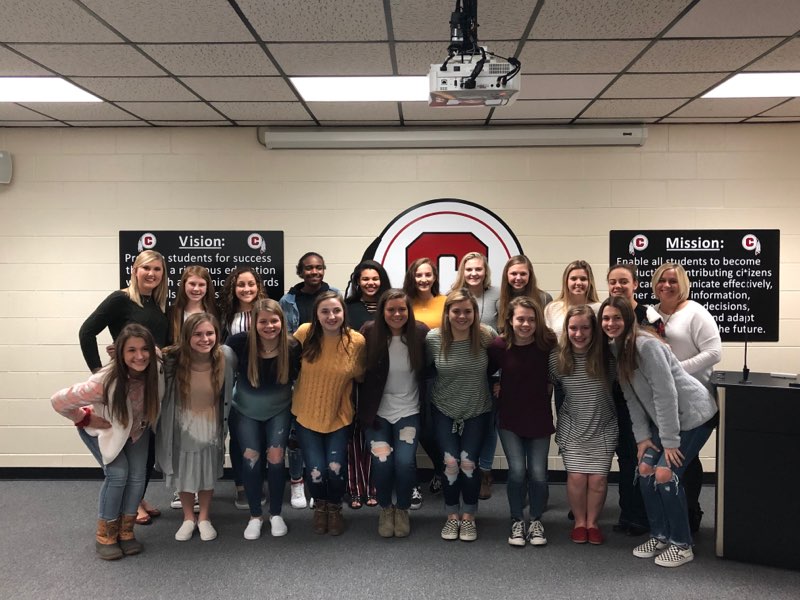 This was a historic year for Chattooga Cheer as it was the first year back in all-girl. “We finished 3rd in the hardest region in the state at Regional competition and advanced to state with our 1st “clean” routine of the season. We then moved on to State Sectionals in Columbus where we had a stunt fall but still finished 2nd after that round. We also closed the gap from Region a bit more,” Coach Liza Morgan said.

“We were the VERY 1st team on the floor at Finals and that is SO HARD. I had seven of my 16 that had been on the mat at state in a prior season so lots of new girls mean lots of nerves. We hit an almost perfectly clean routine. Our score held up as the 1st place score through 12 more AA finalists before eventually being bested by Coosa and Armuchee by a matter of a few points. It was our highest score of the season. The 3rd place finish was such an accomplishment in an area we have not competed in in over eight years.”

Looking ahead to next season Morgan said, “I only lose three seniors, Destinee McGuire, Bailey McKinney and Alex McDonald, so I am incredibly excited about next season and the girls are already begging to get started!”