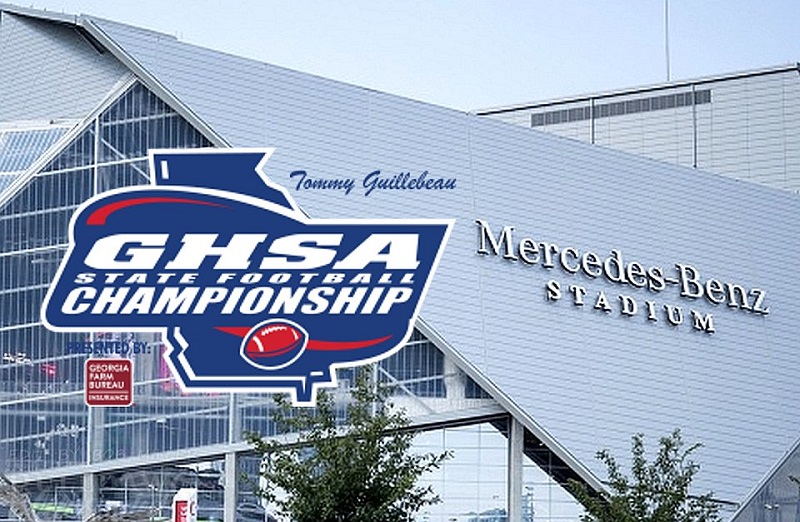 The Camden County Wildcats are back in the state playoffs for the first time since the 2015 season.

The Raiders, who were 9-1 in the regular season, are also ranked fifth in the state.

The Wildcats have not been ranked all year and will go into the postseason after going 7-3 in their second season under veteran coach Bob Sphire.

Camden has been impressive in the passing game this season with Logan Watson having thrown for 1,714 yards and 17 touchdowns in Sphire’s patented spread offense.

The Raiders also are primarily a passing team as they average 267 yards per game through the air. Austin Kirksey, who is committed to Nevada, has thrown for 1,771 yards despite missing two full games and parts of several others.

Georgia Public Broadcasting will televise the game live. Kickoff is set for 7:30 p.m.

Other Friday night playoff matchups involving teams from Southeast Georgia include the following:

The Wildcats will open the playoffs on the road at Greenbrier in Augusta.

Richmond Hill settled for the No. 3 seed from Region 2 which was won by Glynn Academy. The Wildcats finished 2-2 in region play along with Effingham and Bradwell Institute, but Effingham earned the second seed in a tiebreaker while Richmond Hill then got the third seed because it defeated Bradwell in the head-to-head meeting between the teams during the season.

The Wildcats are 4-5 overall.

Greenbrier got the No. 2 seed out of Region 3 after going 3-7 overall and finishing 3-2 in the region along with Lakeside-Evans and Evans.

One of Greenbrier’s losses in region was a 14-7 defeat to league champion Grovetown. Richmond Hill played Grovetown in its season opener and won the game 27-7.

The Tigers will be on the road in the opening round as they travel to face off with Grovetown.

Grovetown won the Region 3 championship with a perfect 5-0 record while going 6-4 overall during the regular season.

As mentioned above, Grovetown lost by 20 points to Richmond Hill in the season opener for both teams. Bradwell also lost to the Wildcats 23-19 when they met in Region 2 action.

Bradwell is the fourth seed from Region 2. The Tigers finished 4-6 overall and 2-2 in the region. Their league wins were against Effingham and Brunswick. Their losses were to Richmond Hill and Glynn Academy which defeated the Tigers just last week, 42-21 in Hinesville.

Bradwell is led by senior running back and South Carolina commit Kevin Harris who has rushed for 1,280 yards and 22 touchdowns this season on 199 carries. He averages 142 yards per game.

The Yellow Jackets will open the playoffs at home in Jesup against Jonesboro from metro Atlanta.

Wayne enters the postseason on the heels of a perfect 10-0 season, its first since the 1993 campaign. Also the Jackets won back-to-back region championships for the first time since 1975-76 when they defeated Ware County last week at home in the season finale which decided the Region 2 winner.

The Jackets advanced to the second round last season in their first year under head coach Ken Cribb. They lost to Jones County which would be their opponent again in round two this year if both teams were to win their first-round games.

Jonesboro is the No. 4 seed from Region 3. The Cardinals also played Ware County in a non-region game and lost to the Gators 25-7 in Waycross.

Ware will attempt to bounce back from last week’s loss to Wayne County in the final game of the regular season.

The Gators are 5-1 on their home turf at Memorial Stadium in Waycross this season with their only loss being a 21-14 defeat against rival Coffee in the third game of the season.

Ware finished the regular season with a 7-3 record that also included a loss to Class 7A power Lowndes in addition to the losses against Coffee and Wayne.

Riverdale is also 7-3 overall with losses to Carrollton in non-region action and Griffin and Starr’s Mill, the top two seeds from Region 3, during league games.

The Raiders settled for the third seed from the region after losing back-to-back games to Starr’s Mill and Griffin to close out the regular season.

Pierce County is set to open the playoffs at home after claiming the Region 2 title with thrilling wins over Appling County and Liberty County in the final two games of the regular season.

The Bears will put their 10-0 record on the line against the Knights from Savannah who will venture into Blackshear for the first-round game.

Windsor Forest is the No. 4 seed from Region 3. The Knights are 6-4 overall which includes a 5-3 record in region games.

Appling will be at home in Baxley for its playoff opener against Jenkins out of Savannah.

Appling earned the No. 2 seed for the playoffs with a 4-1 record behind Pierce which was 5-0 in Region 2. The Bears were the only team to defeat the Pirates in the region, knocking them off 27-26 in overtime.

The Pirates are 6-4 overall in their first season under veteran head coach Rick Tomberlin who won three state titles at Washington County.

Ironically, Tomberlin was the head coach at Jenkins early in his career, going 12-9 with the Warriors over the 1984-85 seasons.

This year, the Warriors are 7-3 overall. They were 6-2 in Region 3 and finished as the No. 3 seed with league losses to Benedictine (21-6) and Southeast Bulloch (9-8). Those teams finished first and second in the league, respectively.

The Warriors finished 12-1 last year and reached the state quarterfinals before falling to Greater Atlanta Christian.

Appling lost to Crisp County in the first round last fall.

Liberty will make the short trip to Statesboro Friday to square off with Southeast Bulloch in an opening round game.

The Panthers settled for the No. 3 seed from Region 2 after dropping last week’s game to Pierce County which determined the region winner.

The region loss was the second for the Panthers who were 3-2 in the league while going 6-3 overall in the regular season.

Liberty reached the state quarterfinals in each of the last two years.

Southeast Bulloch is 9-1 overall in its first season under head coach Barrett Davis, a former assistant at Burke County. The Gators earned the No. 2 seed from Region 3 with a 7-1 record that included a 42-0 loss to region winner Benedictine.

The Gators lost to Pike County in the first round last November.

Charlton County will open the public-school playoffs in Georgia’s smallest classification with a home game against Taylor County.

With playoff spots and seedings determined using the state power rankings in Class A, the Indians are the No. 11 overall seed while Taylor is the No. 22 seed in the 24-team bracket. The top eight seeds earned byes in the first round.

Charlton completed the regular season with a 7-3 record. The Indians were third in Region 2 with a 5-2 record that included losses to Irwin County and Clinch County, the top two teams in the state rankings.

The Indians and Vikings share a common opponent in Turner County. Charlton defeated Turner 35-7 in a region game while the Vikings fell to Turner 30-0 in a non-region game in August.

Also, a recap of all the games above will appear Saturday on the AllOnGeorgia web site.

Moving Wagner to quarterback has worked out well for Glynn Academy
Predictions for the Georgia high school football playoffs
Posting....