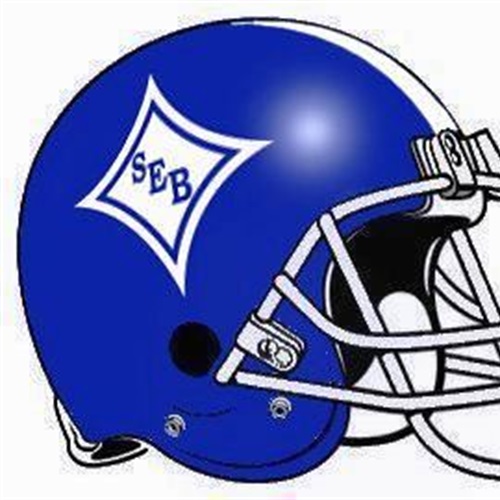 The 2018 high school football season in Bulloch County is off to a solid start.

The season started with a bang for Southeast Bulloch and first-year head coach Barrett Davis last Friday when the Yellow Jackets knocked off Screven 28-21 at home in their season opener.

Screven (1-1) came to Brooklet as the No. 10-ranked team in Class 2A in one statewide poll, but the Jackets got a big game from their defense to post the victory.

SEB held Screven to 163 total net yards for the game including only 80 in the first half.

The Jackets controlled the ball offensively with a strong running game led by Jamari Daniel who rushed for 152 yards and a touchdown on 17 carries.

Davis was announced as the new SEB head coach back in January. He was previously an assistant at Lakeside-Evans and Burke County.

Davis graduated from Georgia Southern where he played baseball for the Eagles.

The Jackets will be on the road this Friday at Tattnall County.

Also last Friday, Statesboro kicked off its new season with a 7-3 win at Greenbrier with the defense leading the way.

The Blue Devils allowed the Wolfpack just 104 yards for the game while recording four turnovers. The defense sealed the win for Statesboro with an interception by Xavier Lee just inside the midfield stripe with 1:27 to play in the game.

The Blue Devils scored their touchdown just before halftime. Greenbrier got on the scoreboard with a field goal with just over six minutes left in the game.

Statesboro is in its second season under head coach Jeff Kaiser, a former football and baseball standout for the Blue Devils.

The Blue Devils will be at home this Friday as they play host to Liberty County at Womack Field. The Panthers toppled rival Bradwell Institute 40-17 in their opening game last Friday in Hinesville.

Liberty has been to the Class 4A state quarterfinals each of the last two seasons and is currently ranked as high as seventh in one state poll while ranking third in AllOnGeorgia’s Southeast Georgia High School Football Power Poll.

Meantime, Bulloch Academy and Portal have both played two games.

Bulloch (2-0) began its season Aug. 18 with a 42-8 thumping of fellow GISA member Pinewood Christian in the Erk Russell Classic played at Paulsen Stadium.

Bulloch has an open date this week. The Gators will return to the field on Sept. 7 when they host Memorial Day.

This is Bulloch’s first season under Phil Collins who coached previously at Southeast Bulloch. The Gators were 6-5 last season, losing in the opening round of the GISA Class 3A playoffs.

Also last Friday, Portal evened its season ledger at 1-1 with a 35-7 victory over Treutlen. The Panthers hadn’t won a game before October since the 2014 season.

Portal is also off this week and will play at Jenkins County on Sept. 7.

Lunsford-led Eagles kick off a new season at Georgia Southern this Saturday
Wayne County, Richmond Hill will square off Friday in one Southeast Georgia matchup
Posting....