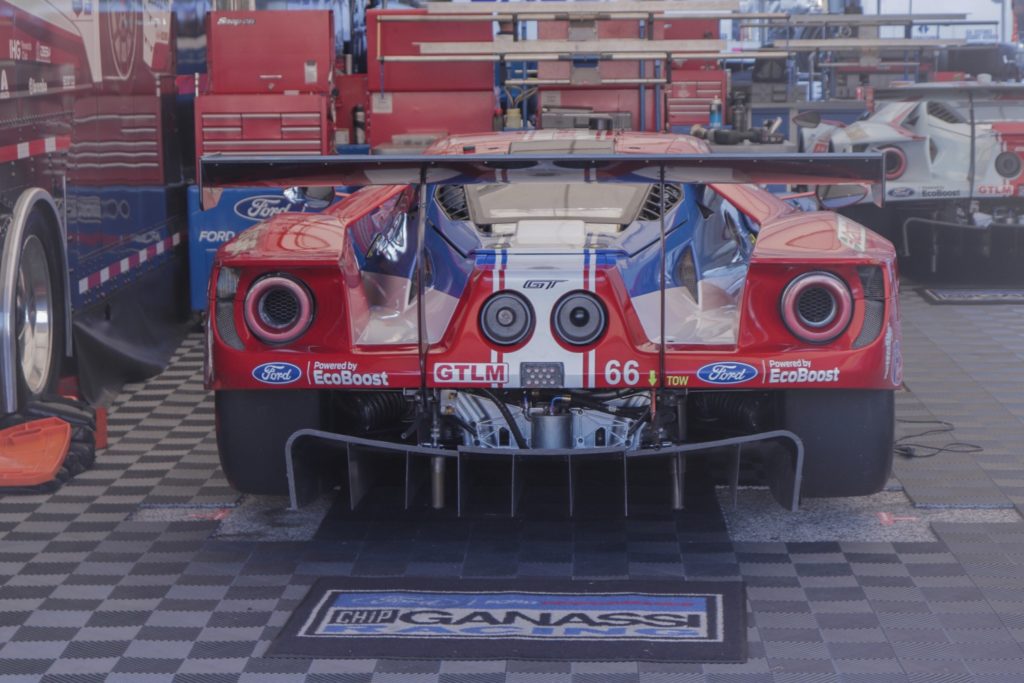 Saturday’s Motul Petit Le Mans at Michelin Raceway Road Atlanta marks the final race for several fan favorites. Saturday’s race will mark the final race of the Ford GT as the Chip Ganassi run factory effort will come to the end of its planned four year program. The Chip Ganassi led Multimatic run World Endurance Championship effort ended at the conclusion of the past WEC season at the 24 Hours of Le Mans in France. While not confirmed at this point, it is rumored that Ganassi Racing may field the GTs in select races next year as a privateer team.

Saturday also marks the final race for the Corvette C7.R in the hands of the Pratt Millner factory Corvette team. It will be replaced starting at next year’s 24 Hours of Daytona with the mid-engined Corvette C8.R, that debuted last week at the Kennedy Space Center. The C8.R marks a dramatic departure from the traditional Corvette as the C8 will be the first mid-engined Corvette. Over the weekend the technical specifications for the C8.R were confirmed with it featuring a 5.5L normally aspirated flat plane crank V8 engine.

While not yet officially confirmed, it is widely believed in the IMSA paddock that this will mark the final race for long time Danish Corvette factory driver Jan Magnussen with the factory team. It is widely believed that Wayne Taylor Racing driver Jordan Taylor will assume Magnussen’s spot in the factory Corvette team. Taylor has previously driven for the team from 2013 to 2015 at the 24 Hours of Le Mans, Including a GTE PRO class win in 2015.

This race also marks the final race for the Core Autosport Nissan DPI.  The Rock Hill, SC based team’s owner Jon Bennett has decided to step away from driving duties, a season removed from he and co-driver Collin Braun coming within 3 points of winning the Prototype Class championship. Bennett earned the distinction of being the only ameatur rated driver, in a class that allows all professional driver line ups.

This will also be IMSA GT Daytona stalwart Ben Keating’s final IMSA race for the time being. Keating who in recent years has campaigned a Mercedes AMG GT3 with Riley Motorsports, has decided to focus his efforts on the GTE-AM class of the World Endurance Championship. Keating has not ruled out contesting select IMSA events next year. Keating also owns the Ford GT that he won the GTE-AM class at the 24 Hours of Le Mans in June, before being stripped of the class win due to a fuel infraction. The GT would remain eligible for the GT Le Mans class next year.

The race also marks the last race for IMSA President and Chief Operating Officer Scott Atherton. Atherton announced his retirement in September after a 34 year motorsports career. Atherton was the CEO of the Panoz Motorsports Group, and the American Le Mans Series before assuming his current role after the merger with the Nascar owned Grand-AM series.